Ginetta will field only a single LMP1 car in the rescheduled Le Mans 24 Hours in September, an updated entry list revealed today.

The flagship round of the FIA World Endurance Championship will now feature a 60-car entry, reduced from 62 last year, amid a number of withdrawals resulting from the coronavirus pandemic.

Ginetta had planned to enter a pair of its AER-powered G60-LT-P1s for the 88th running of the 24 Hours when the initial entry list was published in February.

The subsequent addition of ByKolles' sole ENSO CLM P1/01-Gibson, which had initially only made the reserve list, joining the pair of factory entered Toyota TS050 Hybrids and two R-13s entered by Rebellion Racing had brought the LMP1 field up to seven cars, but the decreased Ginetta effort will equal the record six-car low that took part in the race in 2017.

The British squad, which missed Le Mans last year, had already skipped the previous round of the 2019/20 WEC season at Austin in March, but was expected to make a return at Sebring before the event was cancelled altogether due to COVID-19.

Elsewhere, three teams in LMP2 have withdrawn their entries. High Class Racing has also cut back to a single Oreca 07, potentially leaving Corvette exile Jan Magnussen without a Le Mans drive for the first time since his debut in 1999. 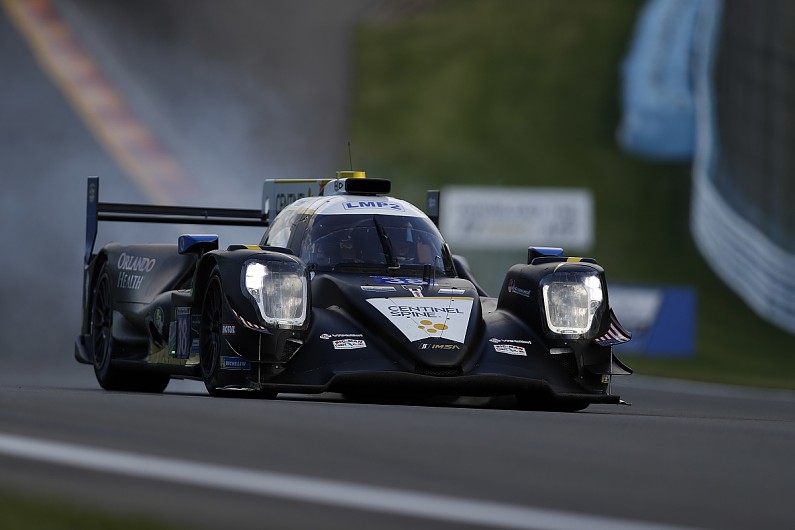 The former won its slot by prevailing in the LMP2-Am class of the Asian Le Mans Series for older LMP2 machinery, while Performance Tech had been due to enter Cameron Cassels, who was given an automatic invite as the top-placed am driver in last year's IMSA LMP2 class.

Another outfit to drop out of the entry list is Gear Racing, which was due to enter a Ferrari 488 GTE for Christina Nielsen and two yet-to-be announced drivers in the GTE-Pro class.

Three outfits that were previously in the reserve list have been granted entries to fill the vacant spaces.

This includes DragonSpeed's second Oreca entry in the LMP2 class, which features two-time Daytona 24 Hour winner Renger van der Zande, Ben Hanley and Henrik Hedman, a third Project 1 Porsche 911 in the GTE Am class and an Iron Lynx-entered Ferrari in the same category.