As Autosport launches the latest episode in its Race of My Life podcast series, we look at the 1977 Le Mans 24 Hours, which Jacky Ickx selected as his greatest race across his lengthy racing career

One of the characteristics of my career is that it lasted a very long time. I started on motorcycles in 1960, and in the 1990s I was still doing rally raids. I have been through all sorts of possible racing, and always with reasonable success, whether through Can-Am or Formula 2 or F1 or long distance racing, so it is very difficult to single out just one event.

In long distance racing, for example, I think I won maybe 50 races. And to look at that, it makes me say racing was much more rewarding for me than I would have hoped. If somebody brings you a contract and says, 'Well you are going to win Le Mans, or one time a Formula 1 race', you are nearly ready to sign for it!

But I had so much more in all categories - I feel it's unbelievable in a way to have had so much success.

So it is hard to pick one race against the others. Finally I chose the 1977 Le Mans, and probably nobody will think about that one because of my other races at Le Mans, such as 1969, which was interesting, or even the Grands Prix at the Nurburgring. 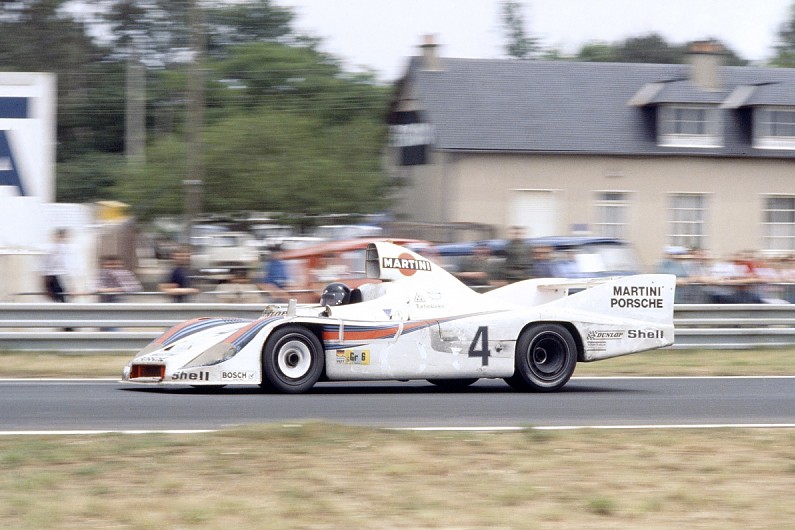 But I pick Le Mans 1977 because I feel there are days when you drive better than the other days. You just can't explain why everything you try works. It is something extra. You just feel so strong and so confident. And even if what you are trying looks impossible or unbelievable, it happens.

"It was funny because everybody in the Porsche team felt at that time it was possible to win, even though we were still six laps behind" Jacky Ickx

That year I was racing with Porsche: the Martini Porsche. I was sharing the lead 936 with Henri Pescarolo. We had both won three times, so the team was formidable!

I started in the car, and I think I ran second. The Renaults overtook me and when I handed over to Henri we were in fourth place.

Then, after three hours, we had a broken engine, and we were out.

I was the reserve driver of the team's other car, and I joined Jurgen Barth and Hurley Haywood in that. They also had a problem at the start and they were in 41st or 42nd position - I don't remember exactly - but so far away from the Renaults that you wouldn't have put a coin on it. Nothing.

So for the first time at Le Mans, we had the possibility to run flat out, without having any conservative attitude, because we had nothing to lose. 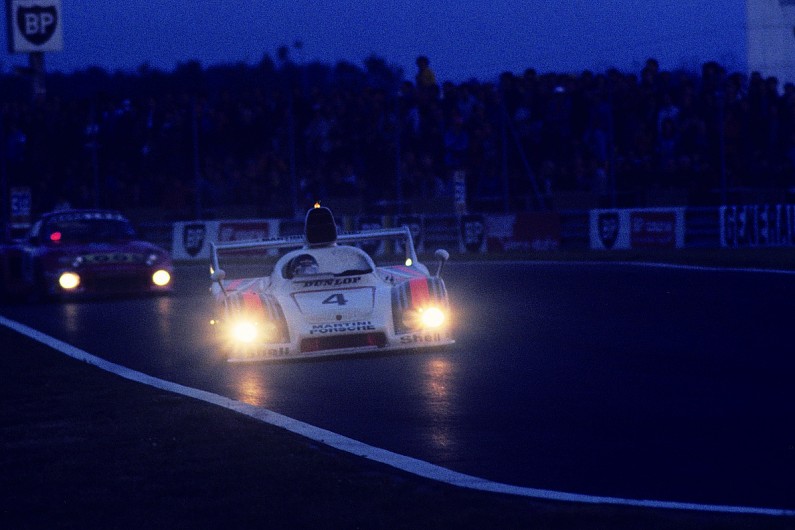 And then hour after hour we started to gain positions: 30th, 20th, 15th, 13th, 12th, ninth and so on. And it was funny because everybody in the Porsche team felt at that time it was possible to win, even though we were still six laps behind. And everybody gets so... I'm not going to say excited, but they just had the same feeling as me. It was still possible.

That evening it was raining, heavy rain, fog. With showers, the track went from being dry, to half dry, then very wet. It was really difficult at night. That night I think I drove two three and a half hours stints non-stop, with just a one-hour break in between.

I remember having stopped in the pits and the engineer was saying, 'Do you want to change driver?' And I said no, because I just felt I was so high. Nobody else thought it was possible to run like a maniac for such a long distance.

Then in the morning, around 0900, all the Renaults broke down, and we moved into first.

The other two drivers, Jurgen and Hurley, took over because there was a limit on my time. But I know I could not have driven one more lap. Not one. I was completely destroyed by it.

The others took the car to the finish, but we had a scare in the last hour. The car had holed a piston! We had a lead of 19 laps or something, so the mechanics started fixing it, and with 10 minutes to go Jurgen went out, did two very slow laps on five cylinders and we won Le Mans.

There are still people in the Porsche team that live that race. They had the same feeling as me, they were great. 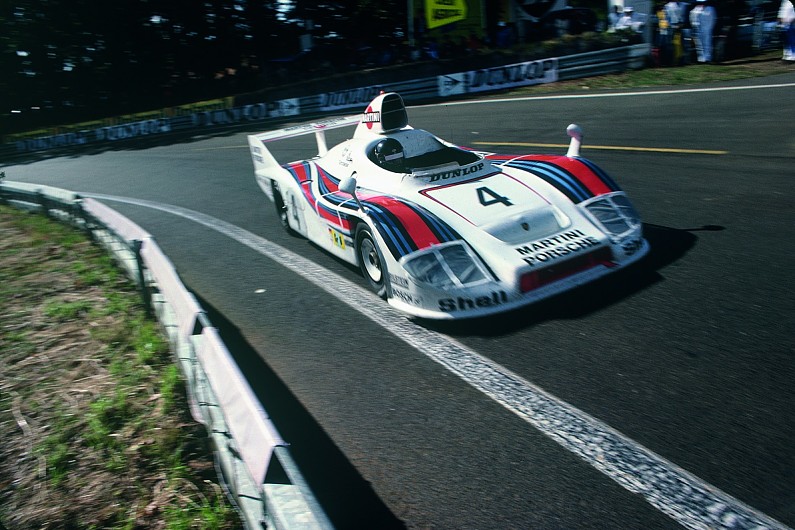 After the race I was completely finished. I think it is one of the races that I drove the best in my whole life. You just can't explain why at some races you have that little bit more. Probably it is so because I was supported: by the surroundings, the mechanics, their joy at watching the car climbing up, the joy of the co-drivers. Because Le Mans you don't win alone. It is a team effort.

The thing you forget is that you always talk about yourself. But in racing there is another three quarters, and this three quarters is the people who bring you up, who give you the car, the surroundings and the opportunity.

It was a great race.