Fernando Alonso's quest for motorsport's triple crown has captured the imagination in recent years. Here's how Graham Hill completed the set, from the 3 January 2013 issue of Autosport magazine

Graham Hill had got wind that his driving partner for the 1972 Le Mans 24 Hours wasn't best pleased about sharing his Matra with a 43-year-old whose star was fading. So the double Formula 1 world champion, ever the joker, tried to trick Henri Pescarolo.

It was Hill's first test for the French manufacturer, and he decided to play up to his team-mate's expectations as he clambered aboard.

The story was recounted by the late Gerard 'Jabby' Crombac, motorsport fixer and good friend of Hill: "Graham reacted beautifully and really took the piss out of Henri by acting like an old man. Henri was furious because he thought the guy was finished."

Pescarolo wasn't a happy man at the start of the 1972 season anyway. He hadn't wanted to go back to Matra after his sacking from the F1 squad by company boss Jean-Luc Lagardere at the end of 1970, and now he was being asked to drive a car with someone he wasn't convinced shared his aspirations.

"I was angry because I thought my first full season [in F1 in 1970] was fantastic: third place at Monaco and many points finishes," recalls Pescarolo (below), who was then poised to step on the road to sportscar stardom. "I was not expecting such an insult from Lagardere.

"When I was asked to go back I said no at first. In the end, I agreed because I thought it was the best opportunity for me to win Le Mans. 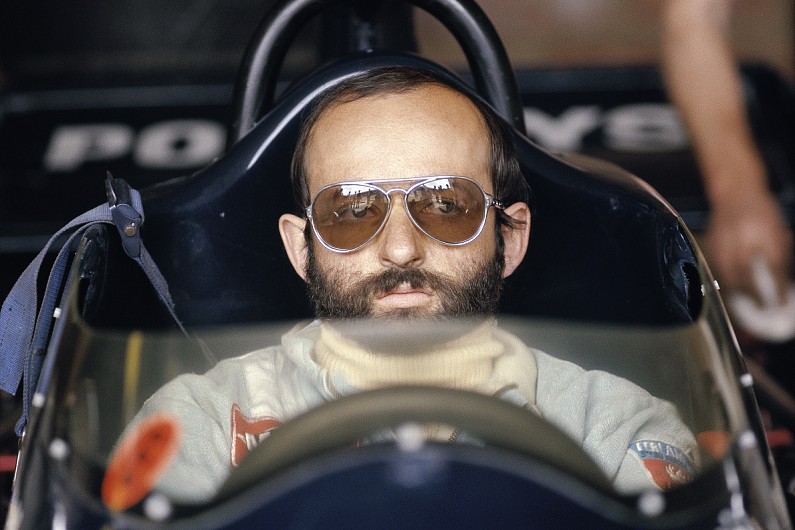 "Right after I said yes, I was told that Graham would be my team-mate. I said again that I did not want to drive for Matra."

Pescarolo wasn't sure that a veteran who hadn't been to Le Mans since 1966 would be willing to take the chances necessary to win arguably the world's most demanding race.

"Graham had won the [F1] world championship [twice] and had won the Indy 500 - he was already a legend," continues the Frenchman. "Le Mans was at that time still a dangerous race and I wasn't sure that, when it was raining in the night or foggy in the morning, he would be willing to take risks."

"Jabby explained to me that Graham was coming to Le Mans to win, his target was to be the first driver to win the world championship, Indy and Le Mans" Henri Pescarolo

Crombac had been instrumental in first persuading Pescarolo to return to Matra and in acquiring the services of Hill, a driver with whom he had been friends since the 1950s and who'd been the best man at his wedding.

The next job was to convince Pescarolo that a driver then plying his trade in F1 with Brabham was serious about Le Mans.

"Jabby explained to me that Graham was coming to Le Mans to win," says Pescarolo. "His target was to be the first driver to win the world championship, Indy and Le Mans."

Hill's ambitions became apparent the moment he started driving Matra's three-litre MS670 prototype, as Crombac recalled in an interview three years before his death in 2005. The years dropped off the 'old man' who had played up to Pescarolo's fears in the pits. 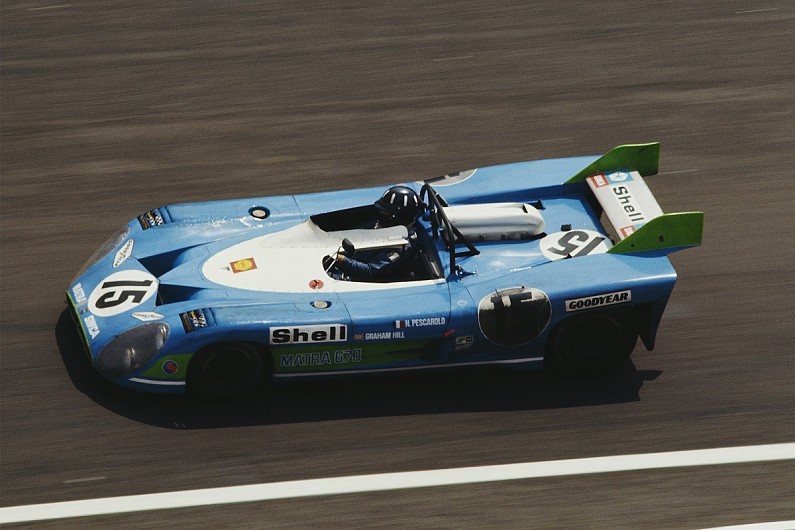 "When Graham started driving he was absolutely outstanding," explained Crombac. "He was quick straight away."

Pescarolo quickly came to respect his new team-mate: "He was a true professional and fitted in very quickly, because he realised he was in the right place at the right time to win Le Mans."

That prospect of victory was the reason Crombac, who played a key role in putting together Matra's drive line-up, had been able to lure them to a manufacturer that had its eyes on big-name F1 drivers.

"I'd been told by Lagardere to get F1 people; he wanted the best possible drivers," said Crombac. "Ronnie Peterson was willing to do it, but in the end he went to Ferrari because he could do the whole season [in the World Championship of Makes].

"I guess it was natural that I should ask Graham. I don't know how it came up, but I felt he was keen."

The Matra was going to be the car to have at Le Mans in 1972. Regulation changes had banished the Porsche 917 to the Can-Am ranks on the other side of the Atlantic and the French manufacturer sensed its opportunity.

The F1 squad went down to just one car for Chris Amon and there was to be no full-season WCM campaign. Matra would instead focus its resources on a four-car effort at Le Mans. 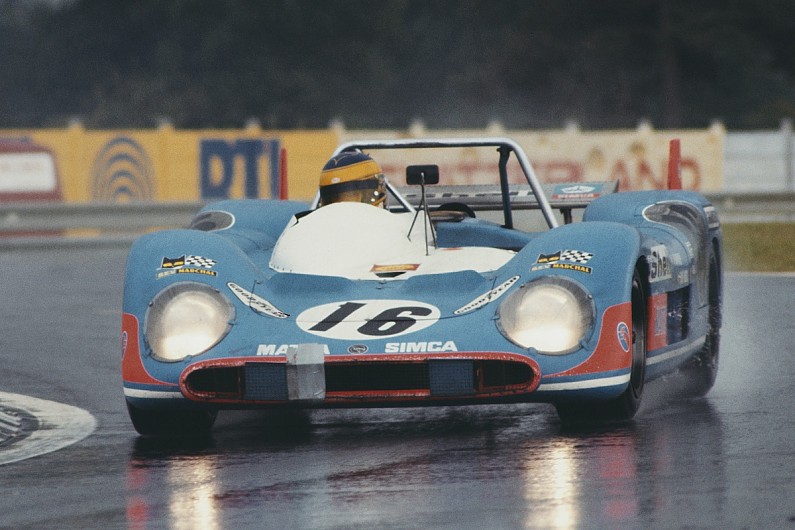 The 'favourites' status was only cemented by Ferrari's decision to scratch its factory team after topping the test times at the Test Day in March. There was opposition from the Ecurie Bonnier Lola-Cosworth T280s and the works Alfa Romeo squad, but by evening the battle for the lead had become an all-Matra affair.

What many regarded as the lead car wasn't part of the fight, however. The combination of Amon and Jean-Pierre Beltoise, his F1 team-mate in 1971, was the most fancied of the French squad's driver line-ups, but its chances went up in smoke when the engine Amon wanted changed after practice and qualifying blew after two laps.

"Both of them drove brilliantly that day, but Graham was particularly special. He was not a loser and there was no way he was going to let the opportunity to win Le Mans pass him by"Gerard Ducarouge

Jean-Pierre Jabouille and David Hobbs (above), driving an updated 1971 car known as an MS660C, had been delayed when the Frenchman ran out of fuel, turning the race into a straight fight between the two Matras that had qualified on the front row - the Hill/Pescarolo car and the entry shared by pole winner Francois Cevert and Howden Ganley.

Hill was no bit-part player in the battle that developed. Those involved at Equipe Matra-Simca that year are convinced he played a key role in deciding the outcome in the favour of the Anglo-French combination.

"Graham won the race in two ways," explained Crombac. "First, he disobeyed instructions and blatantly overtook the Cevert/Ganley car during the night, and then he put on intermediate tyres at a pitstop early in the morning."

Pescarolo explains how Dick Dastardly-lookalike Hill bent the rules at Matra to get ahead. "We had a lap time we had to respect and it was very strict," he says. "We were not allowed to fight between us, but the only time it was not possible to control the drivers was when it was raining. 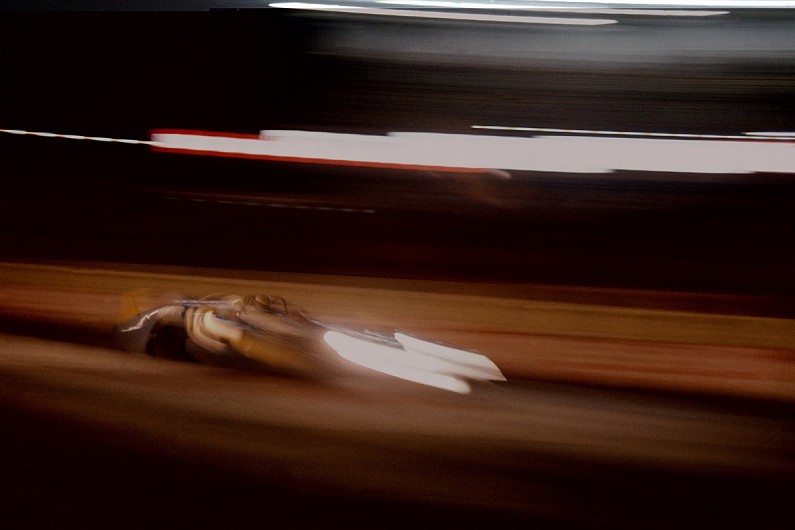 Victory was in the hands of Hill and Pescarolo even before Ganley (above) lost time shortly after midday on Sunday when he was hit from the rear. That's the verdict of Gerard Ducarouge, who ran the Matra team operationally.

PLUS: Hill vs Alonso at Le Mans

"I am quite sure of that," he says. "Both of them drove brilliantly that day, but Graham was particularly special. He was not a loser and there was no way he was going to let the opportunity to win Le Mans pass him by."

The victory was marred by the death on Sunday morning of Jo Bonnier, Hill's good friend and co-founder of the Grand Prix Drivers' Association. But those were different times and Hill ended his Matra adventure much as he started it - having a laugh.

The post-race celebration hosted by Moet et Chandon in the restaurant that now serves chow mein on the Mulsanne Straight went deep into the night and Pescarolo remembers "photographs of glasses being thrown round".

Hill loved to play to the audience. And in June 1972 that included a couple of hundred thousand paying spectators lining the Circuit de la Sarthe. 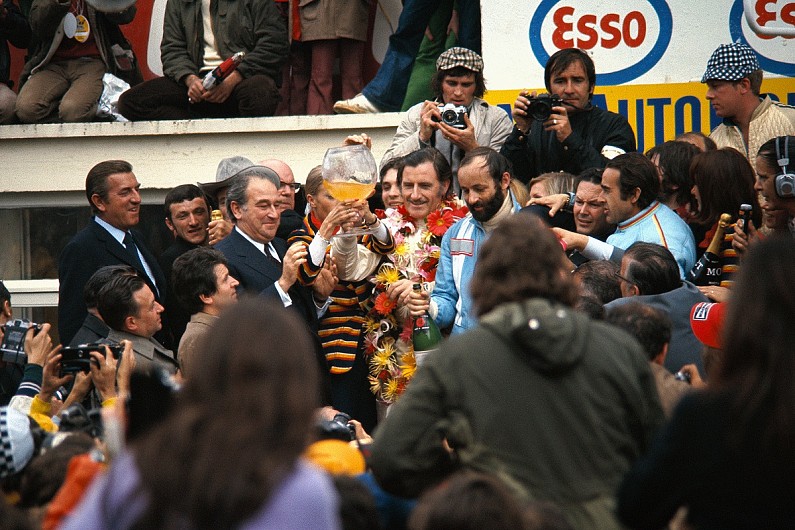