Ex-Formula 1 driver Jean-Eric Vergne will scale down his sportscar campaign in 2020 and focus on Formula E and a third consecutive Le Mans 24 campaign with G-Drive Racing.

The two-time FE champion with Techeetah will race for the Russian LMP2 entrant at the Le Mans World Endurance Championship finale in June and at the Spa round that precedes it in April.

But the Frenchman will not continue in the European Le Mans Series this year with the TDS Racing-run team, with which he claimed a total of four wins from nine starts over the 2018 and '19 seasons.

Vergne explained that the original clash between the postponed Rome FE fixture and the Barcelona ELMS opener on the first weekend of April had played a part in his discussions with G-Drive Racing boss and driver Roman Rusinov.

"It's good for them to have the same team for the year and it's good because I have more time to work on FE and focus on Le Mans," Vergne told Autosport.

"For them to have to find a driver just for one race is maybe not the best.

"I'm used to racing with Roman at Le Mans, but we missed by a very little bit to win two times in a row so hopefully the third one will be the good one." 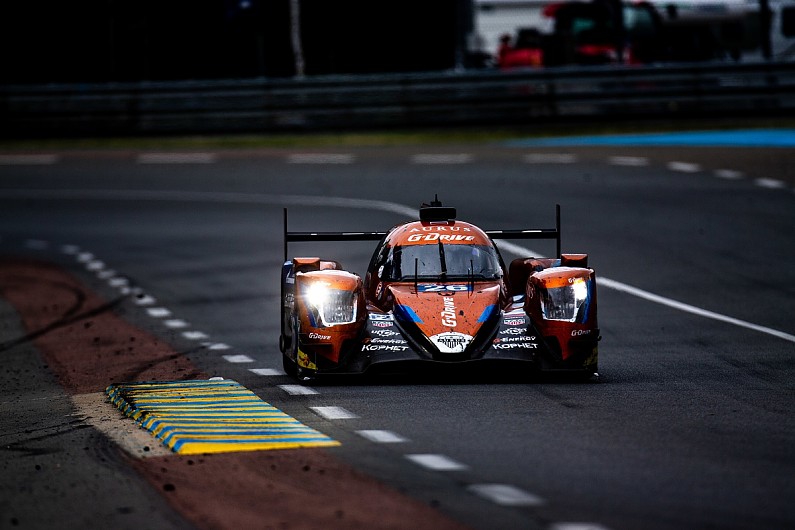 Vergne, Rusinov and Andrea Pizzitola lost the LMP2 class victory at Le Mans in 2018 after modifications TDS made to its refuelling system were deemed to be illegal.

Rusinov said: "We took the decision for several reasons, but we always wanted to keep Jean-Eric for Le Mans.

"He's fast and knows the team, so he fits perfectly."

G-Drive is scheduled to announce its full driver line-up for the ELMS and Le Mans this week.

Rusinov has promised big-name signing to replace Vergne for the six-round ELMS and "a very good silver" to take the place of Job van Uitert, who is racing for the United Autosports squad in the series this year.

The Russian will be partnered by the two newcomers in the team's Aurus-badged ORECA-Gibson 07 in the ELMS, while the new silver-rated driver will stay on board for Spa and Le Mans when Vergne rejoins the team.

Rusinov dismissed speculation that Toyota driver Mike Conway is about to join the team for the ELMS.