Ghiotto will join the line-up in the #5 Ginetta-AER G60-LT-P1 after testing with the team at the official pre-season WEC prologue test at Barcelona in July, during which he set the fastest time for one of the British manufacturer's cars.

He was given a try-out by Ginetta in Barcelona on the recommendation of one of the directors of the Virtuosi Racing F2 squad, Paul Devlin, who worked with Team LNT in the 2000s.

Ghiotto will drive alongside Ben Hanley and Egor Orudzhev in place of Charlie Robertson in the second round of the WEC in Japan on October 6.

Ghiotto, third in the F2 standings with two races left, has no further clashes between F2 and WEC and is hopeful of further outings.

"For now, the confirmation is for Fuji only," Ghiotto told Autosport. "There's no other races clashing with F2, [so] if I had the chance to do more races I would be happy to do them.

"I know the car after the test but I've never even been racing in Japan, I've just driven Fuji a couple of times in a simulator.

"That will be the most difficult thing to learn. There's a lot of time in the car in practice, so it should be enough to learn everything I think." 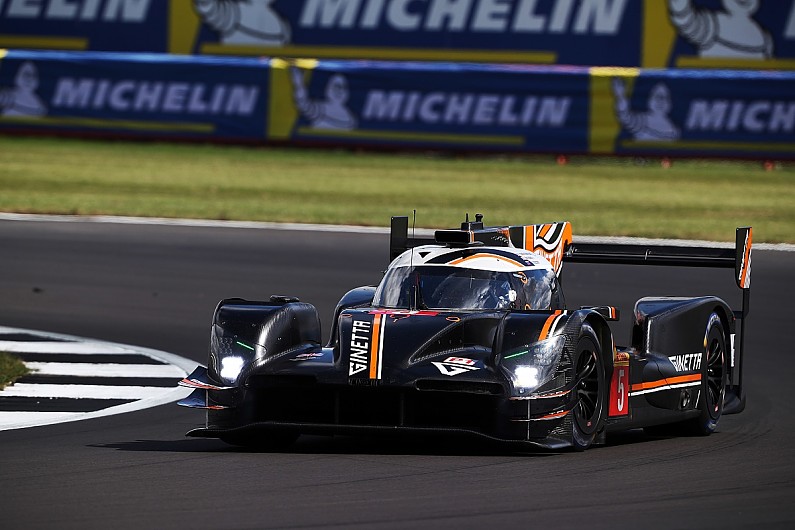 Ginetta boss Lawrence Tomlinson added: "We're delighted that Luca can join us in Japan; he's a real talent and loved the car at the prologue, but was unable to join the team at Silverstone because he had a clashing F2 fixture.

"Combining his talents with those of Ben and Egor will, I'm sure, help to unlock even more of the potential of the Ginetta-AER on a circuit that will suit a car with good top speed.

"And with three very good drivers in the #6 Ginetta-AER too, we are going to be looking for a very strong result in our first flyaway race with the new cars."

Ginetta factory driver Robertson moves over to the #6 car to take the place of Chris Dyson alongside Guy Smith and Mike Simpson.

Dyson missed the Silverstone WEC opener through injury and was always scheduled to be absent from Fuji because the race clashes with the Austin round of the US Trans-am series in which he lies second in the points.