The maiden run of the Nissan-engined car, which will be known as the BR Engineering BR01 in deference to team owner Boris Rotenberg, had been set for December and then January, but economic sanctions against Russia have forced a series of delays.

SMP Racing managing director Benjamin Durand told AUTOSPORT: "Everything is moving forward and we will crash test the monocoque next week, but we are a little bit late on the schedule we planned.

"Because of the international situation there have been some problems with suppliers and those delays have been increased because we have now moved into a timeframe where many of those suppliers are concentrating on their Formula 1 business."

Durand revealed that it was now the plan for the BR01, which is being developed in the south of France under former Peugeot designed Paolo Cantone, to be shaken down in early March.

The team will contest the European Le Mans Series with two cars, rather than the WEC as originally planned.

Durand said that there were a number of reasons for the decision.

"One of the reasons is monetary, but it is not the main one," he explained.

"Starting with the ELMS when you are developing a new car makes it easier logistically and the races are only four hours, but with two entries for the Le Mans 24 Hours we still have a complete programme."

SMP will still have a presence in the WEC with a one-car entry in the GTE Am class with a Ferrari 458 Italia. 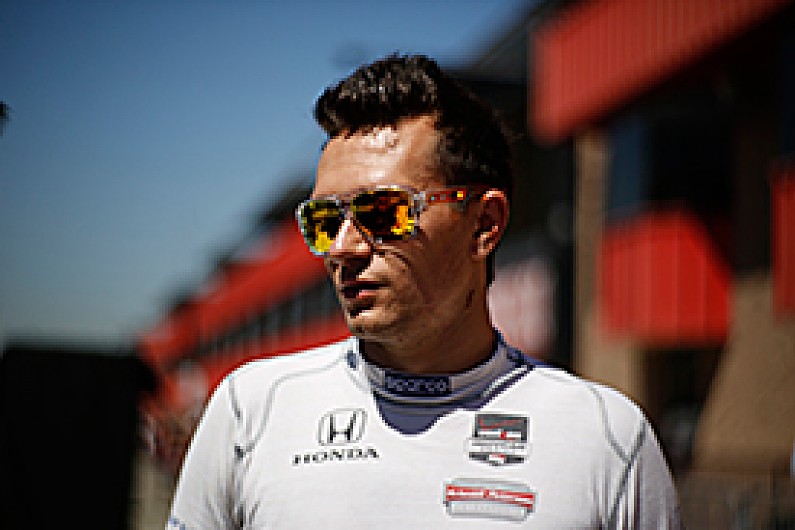 Mikhail Aleshin is moving over from the IndyCar Series, where SMP has stopped its programme with the Schmidt team, to contest a full season in one of the BR01 coupes.

Durand said that the 2010 Formula Renault 3.5 champion would be "completely focused on racing and developing the new car" this year.

Italian Maurizio Mediani was listed in the other car on the ELMS entry list published yesterday.

Ladygin brothers, Anton and Kirill, are likely to remain part of the SMP prototype programme, as is former Peugeot factory driver Nicolas Minassian.

"We are in the advanced stages of negotiation with Nic and he should be with us this year," said Durand.

No decision has been made on whether the AF Corse squad, which oversaw Sergey Zlobin's LMP2 title success in the WEC last year, would be involved, according to the team boss.

"We will be doing the development ourselves and we are not sure we are going to be in a position to give them a fully-developed car before the first race, so it might make sense to run it ourselves," he explained.