The new Russian SMP sportscar squad will join the prototype ranks for the remainder of the European Le Mans Series in the first stage of a plan to build its own LMP2 chassis.

French-based SMP Racing, which was set up this year for a campaign in the Blancpain Endurance Series with four Ferrari 458 Italias, has entered an ORECA-Nissan 03 for the final three ELMS rounds, starting at the Red Bull Ring on July 20.

The team has aspirations to race in the secondary prototype category in next year's Le Mans 24 Hours and then build its own car for 2015.

SMP managing director Benjamim Durand said: "This is part of a plan to get experience before we hopefully go to Le Mans next year.

"We have a project to build our own prototype, which we hope will be ready for 2015, so this is good experience for that, too."

Durand explained that Paolo Cantone, the design chief on the first-generation Peugeot 908, had been hired as the team's technical director with the P2 project in mind.

"We brought in Paolo to help us build up our organisation for this season because he has a lot of experience of big teams," he continued, "but in the background we always had the project to build our own car."

The ORECA the team will run this year is the second car belonging to the AF Corse-run Pecom squad, which has been leased for the rest of the season.

The SMP team will continue to run in the GTC category for GT3 cars with two of its Ferraris after making a successful ELMS debut at Imola in May. 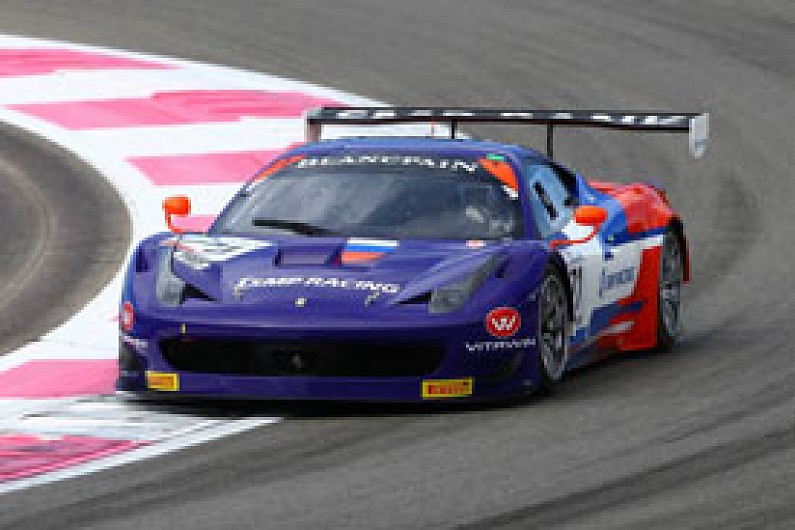 It is aiming for the class title after winning GTC in Italy with Fabio Babini and Russians Viktor Shaitar and Kirill Ladygin.

SMP Racing is part of a wide and varied motorsport involvement by the Russian SMP banking group, which includes backing the Comtec team and Tech 1 driver Mikhail Aleshin in Formula Renault 3.5.

A total of 29 entries have been received for the ELMS Spielberg round, one up on Imola courtesy of an additional car in the LMPC one-make prototype class.

GT regular Nicky Catsburg is scheduled to make his prototype debut in the car run by the Algarve Pro Racing Team.

The Boutsen Energy squad will run its ORECA-Nissan for Dominik Kraihamer and Thomas Holzer, regulars in the World Endurance Series with the Lotus LMP2 squad.