Strakka Racing, the first LMP1 privateer finisher in this year's Le Mans 24 Hours, has withdrawn from the remainder of the 2013 World Endurance Championship.

The British team has decided to miss the final five rounds of the series with its HPD ARX-03c in order to focus on what it is calling an "exciting new 2014 sportscar campaign". Strakka finished sixth at Le Mans.

The decision follows a 130mph accident in qualifying for the 24 Hours, which has left the team short of spares.

To continue, it would have needed to reinvest in components for a car that will effectively be obsolete next year when new P1 regulations come into force.

Strakka team manager Dan Walmsley said: "We are currently considering a number of very exciting opportunities that will commit Strakka Racing to top-level sportscar racing well into the future, so it's imperative we focus all our efforts on this important decision-making process.

"It was a very difficult decision not to contest the remaining rounds of this year's WEC, but a decision that was taken in the best interests of the team's long-term sportscar racing future."

He added that the team hoped to be able to announce its plans shortly.

Strakka has made no secret of its ambitions to remain in P1 next year when the new energy-based formula comes into force and to maintain its links with HPD. 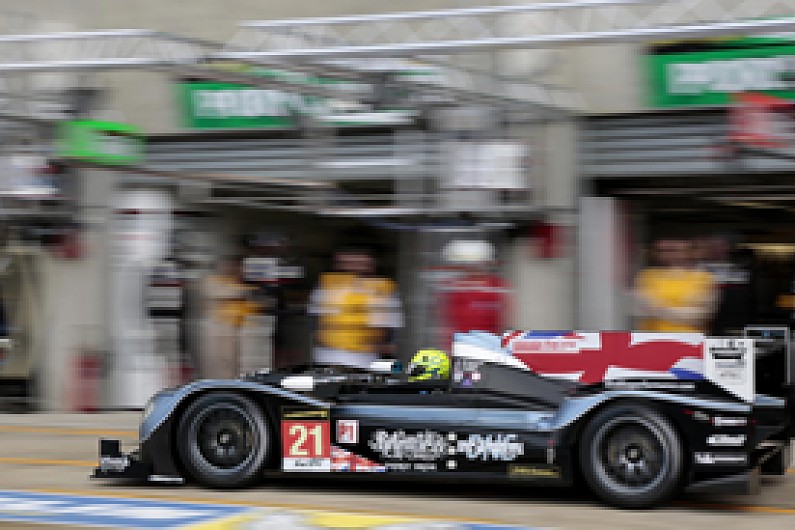 Walmsley told AUTOSPORT in June: "We are a P1 team racing in the WEC and we are working hard on our plans to finalise maintaining that status."

Team owner Nick Leventis, who has shared Strakka HPD prototypes with Danny Watts and Jonny Kane over the past three and a half seasons, has expressed a desire for the team to run two cars in the future as part of expansion plans that included the takeover of the P1 Motorsport Formula Renault 3.5 team earlier this year.

The withdrawal means that the Rebellion Lola-Toyota will be the only privateer competing over the remainder of the WEC.

Strakka's HPD will be given a farewell run at this weekend's Goodwood Festival of Speed in Kane's hands.