BMW has unveiled the car that will carry its hopes in the American Le Mans Series from this season.

The Z4 GTE, which was revealed at the Daytona International Speedway on Tuesday, replaces the successful M3 GT that won the ALMS GT class drivers' title in 2011 and manufacturers' crowns in 2010 and '11 with the Rahal Letterman Lanigan Racing squad.

The new car has been developed from BMW's successful Z4 GT3 contender at BMW Motorsport in Munich. It tested for the first time in mid-January and will make its race debut at the Sebring 12 Hours ALMS opener next month.

BMW Motorsport boss Jens Marquardt said: "We are setting out on a development year, but are very confident we have once again developed a car that has the potential to win races and titles in the form of the BMW Z4 GTE."

RLL team boss Bobby Rahal added: "Certainly, there will be a development period involved but ultimately I see no reason why we can't be competitive with the great competition that exists in the GT category in the ALMS. 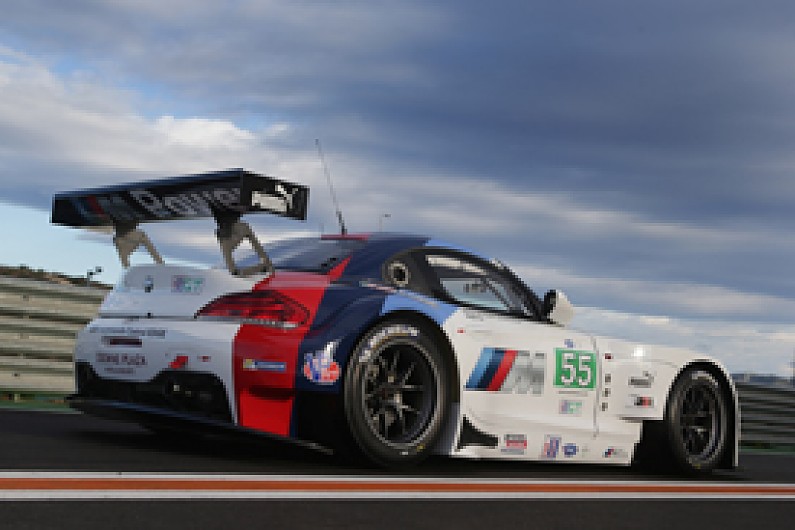 "I think that ultimately we can have success and do much as we did in 2009, the first year of the BMW M3 GT."

BMW and RLL have announced the driver pairings for the ALMS campaign: BMW stalwart Bill Auberlen will be partnered by new factory driver Maxime Martin in the #55 Z4; and Joey Hand and John Edwards will alternate with Dirk Muller in the #56 car.

Jorg Muller and Uwe Alzen will be the third drivers in the two cars for the Sebring and Petit Le Mans enduros.

The Z4 will race on Michelin tyres rather than the Dunlops on which its predecessor ran.