The cameras followed him throughout the event to give an unusual insight into how a driver copes with a 24-hour race behind the scenes. All images courtesy of Sergey Savrasov unless otherwise credited.

Hour 1 - The start of the race

Jean-Eric Vergne was first in the car for the 87th 24 Hours of Le Mans. After the craziness of the crowds had cleared the grid, he had a few moments in the cockpit to himself to mentally prepare for the 24-hour endurance event he was about to face. 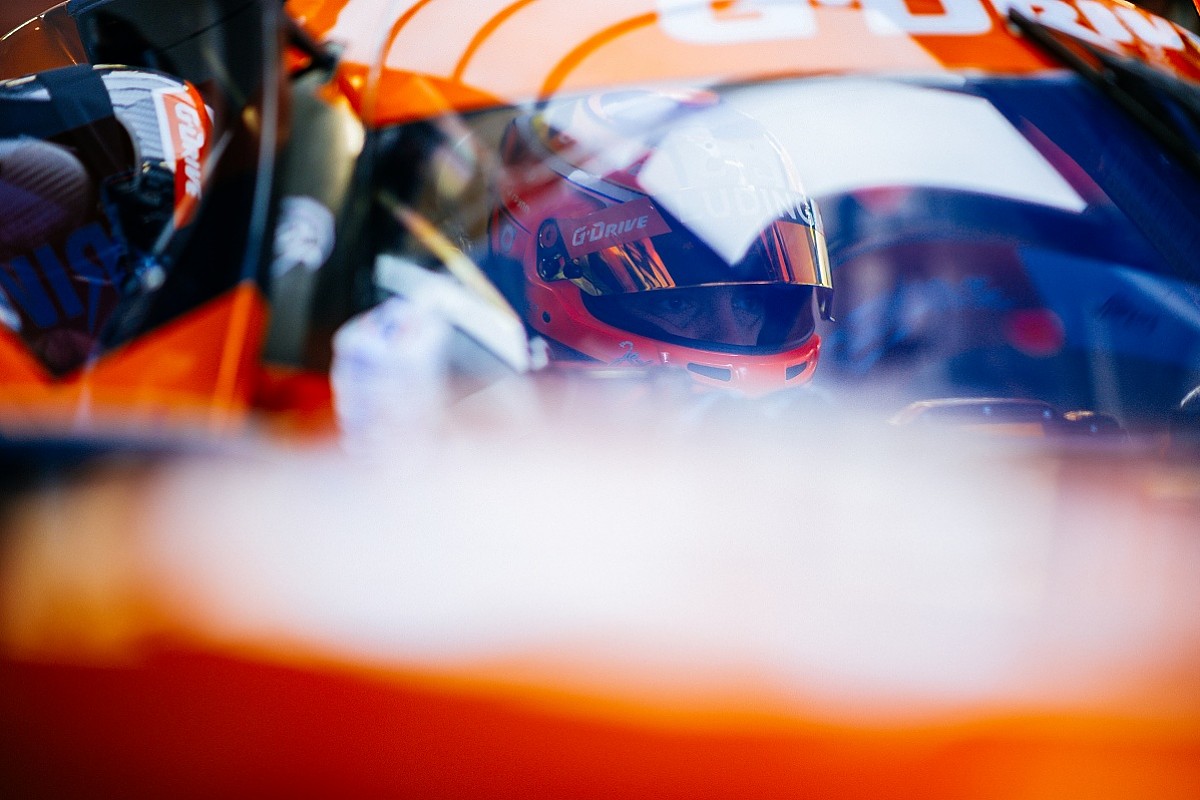 It became clear quickly that Vergne's G-Drive Racing team had the pace to take the fight to the front of LMP2.

In the first hour of racing, Vergne had climbed from fifth to second in class and was putting pressure on the leading #36 Signatech-Alpine ORECA for the class lead. 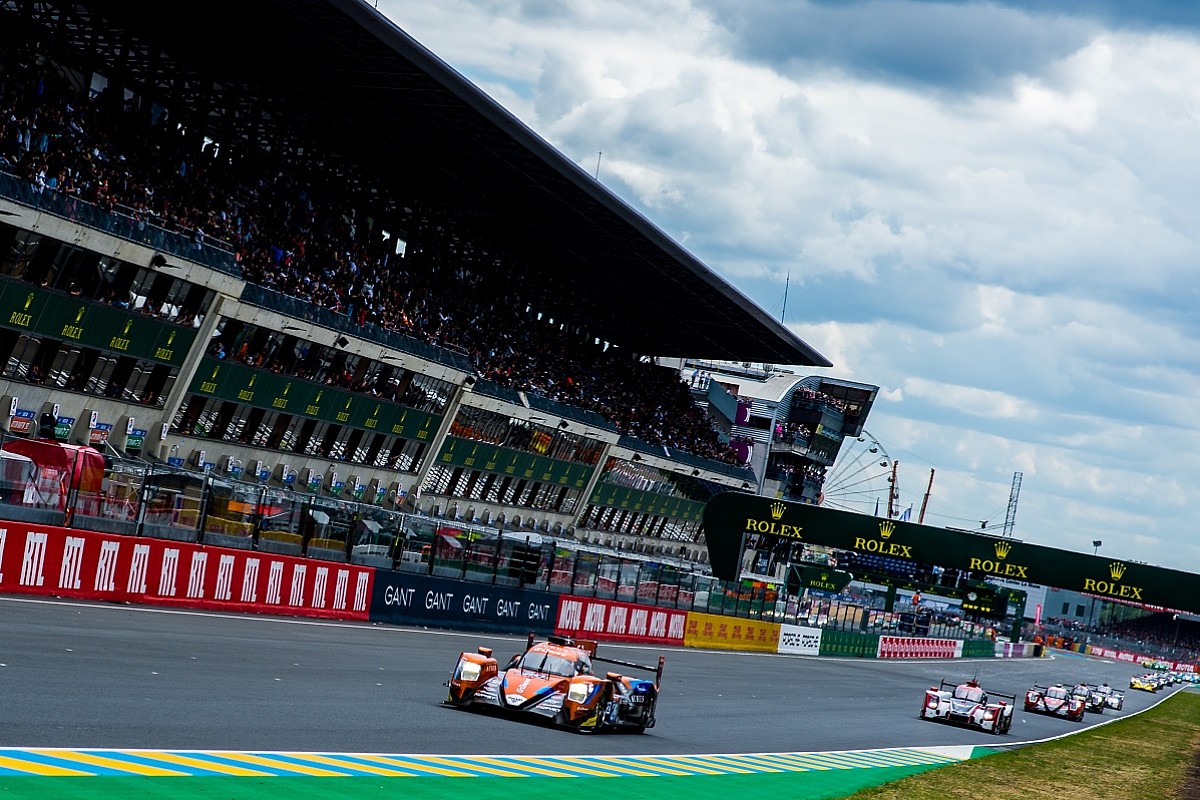 After a strong first stint, Vergne handed over to Le Mans rookie Job van Uitert - who took to the Circuit de la Sarthe for his first racing stint at the track. 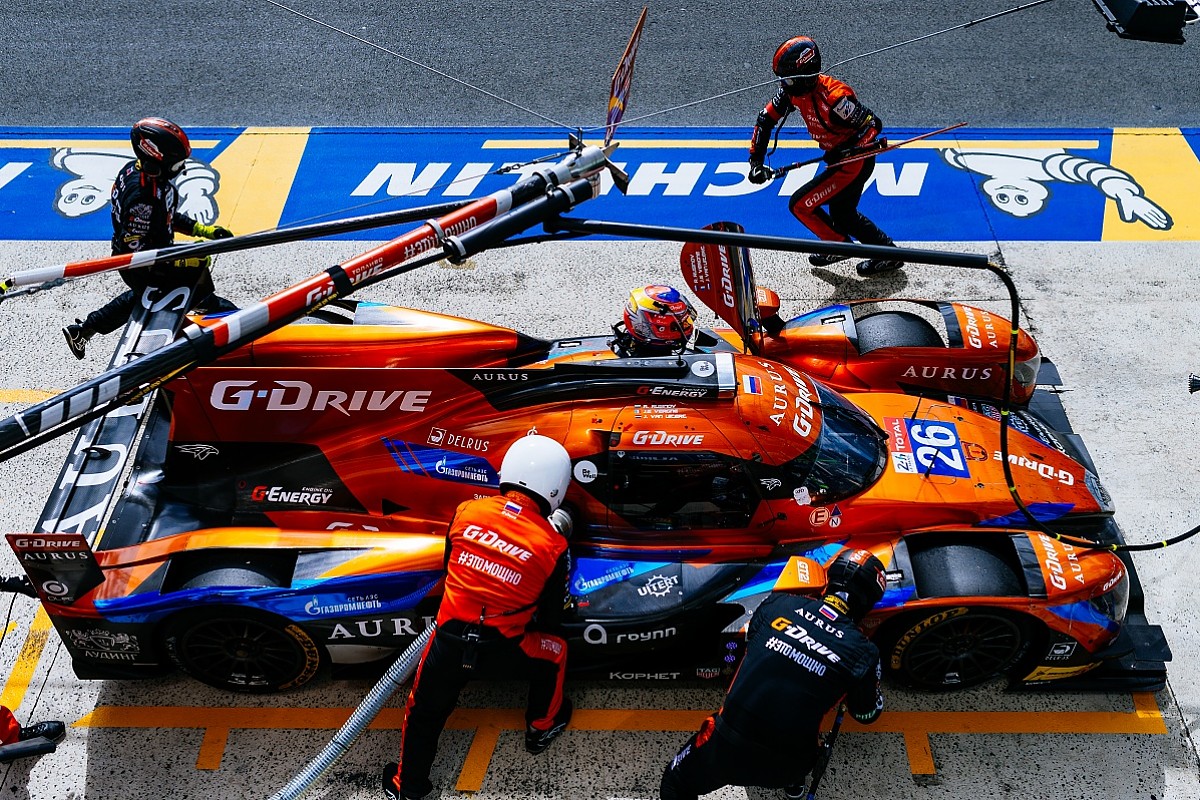 Hour 4 - Staying in the race

Although Vergne was no longer in the car, his mind stayed firmly in the race. He sits in the team hospitality with the G-Drive guests and team members in his own bubble, staying up-to-date with van Uitert's progress through radio communications. 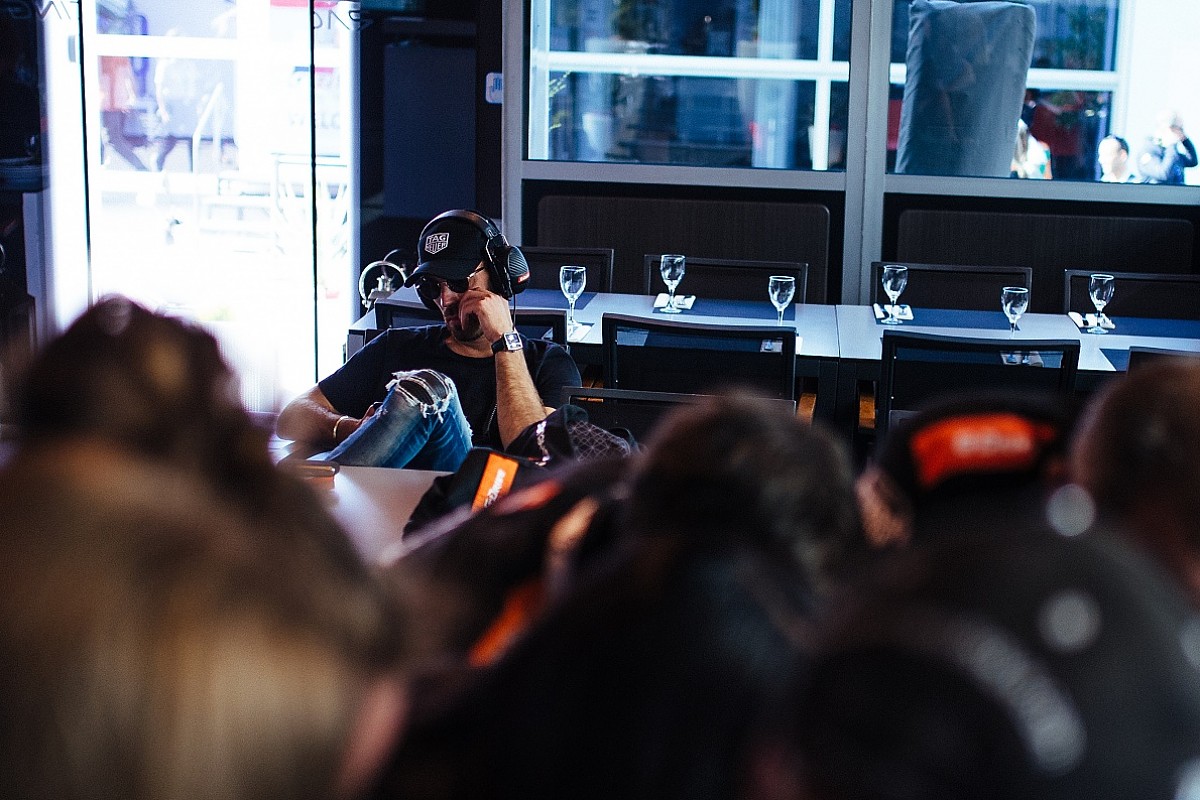 Hour 5 - No rest for the racing

Vergne keeps his radio close by when he's not in the car so he can always know how the race is going and hear the live feedback from his team-mates in the cockpit. It's important that drivers' muscles don't get too stiff or sore during the race, so the team's physio gives the drivers a massage after their stints. 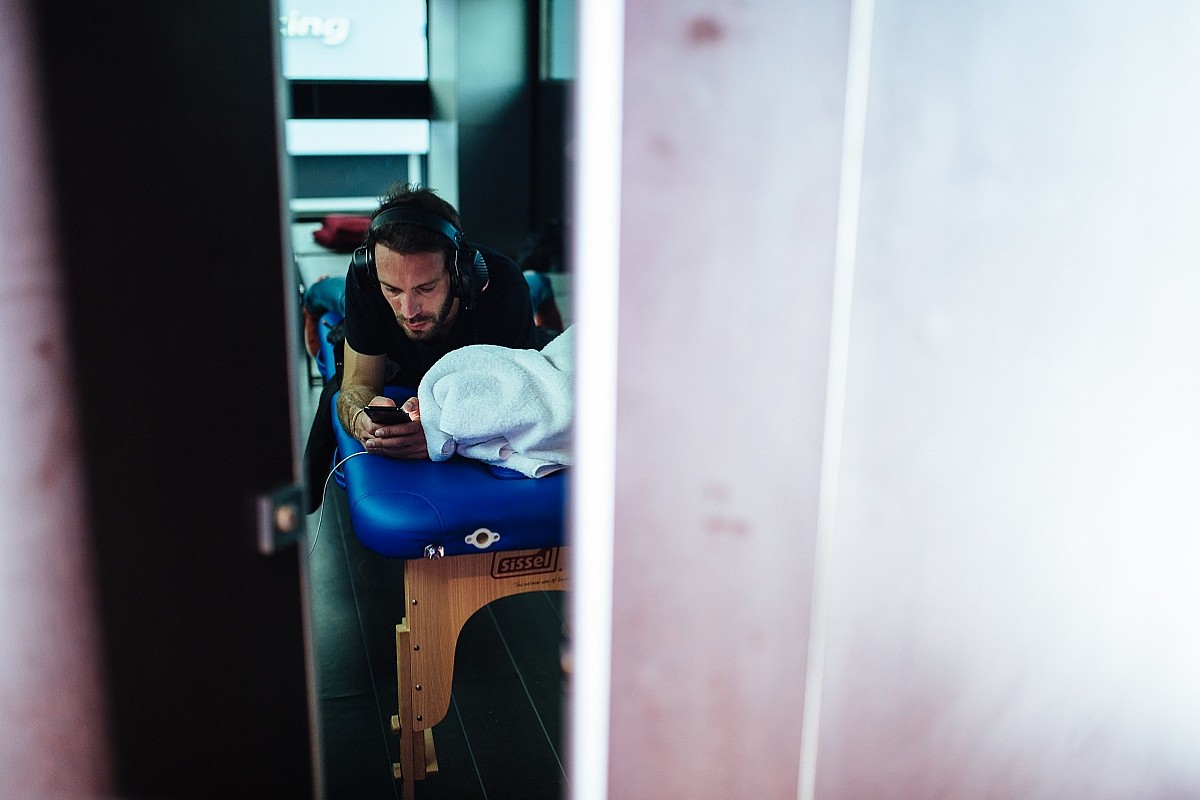 Vergne sits, ready to get in the car for his second stint. The drivers will always be on standby half an hour before the scheduled time just in case of incidents on track, full course yellows, safety cars or fatigue from the current driver that would cause an early pitstop. 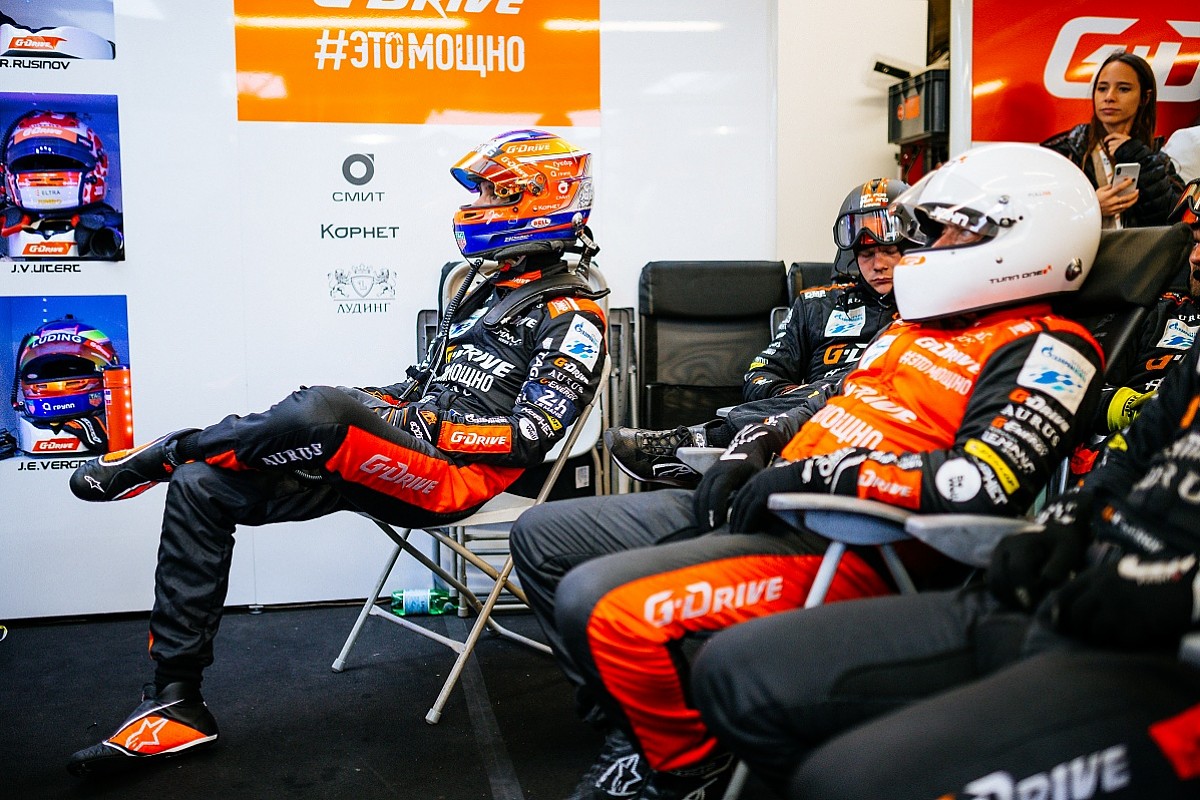 Vergne's second stint in the car involved racing in the sunset. At this point in the race, the G-Drive Racing #26 ORECA was first in class in a tight battle with the #36 Signatech-Alpine.

The two cars were pulling ahead of the rest of the LMP2 field, but lapping at a very similar pace, pitting on the same lap as each other. About five seconds split the cars. (Image: Clement Marin/G-Drive Racing) 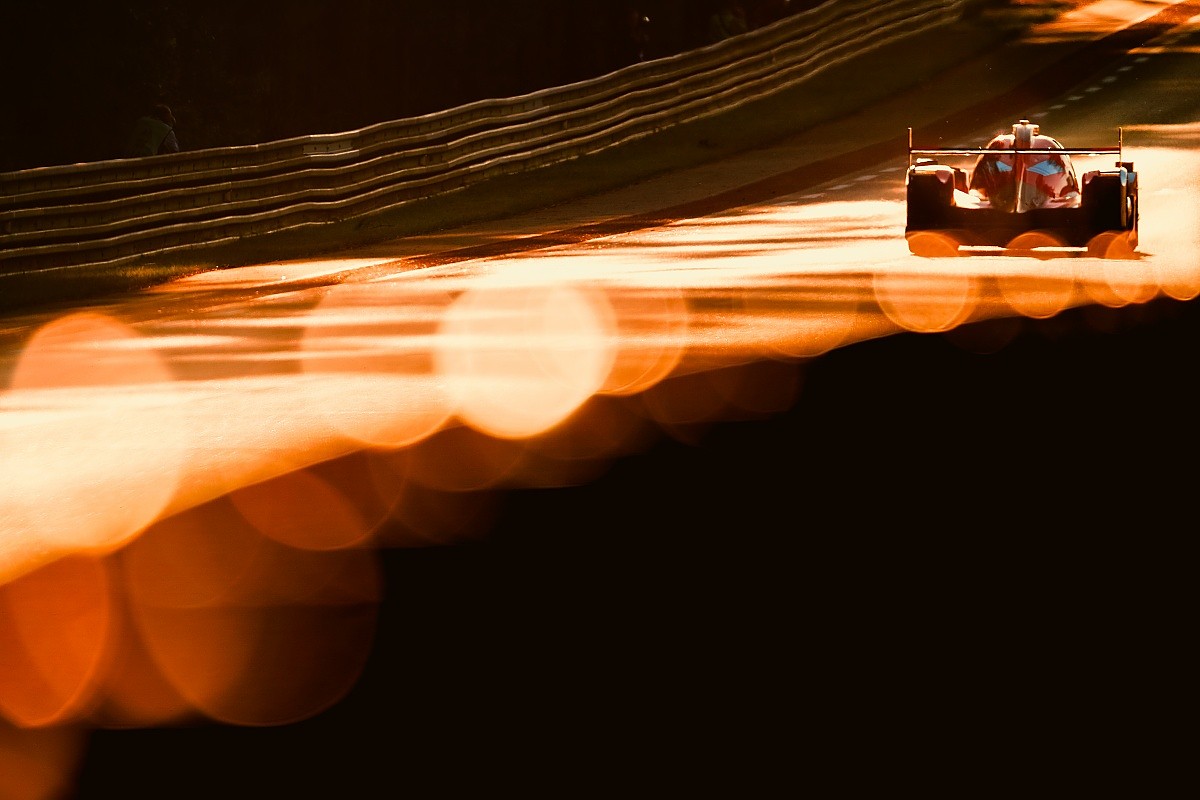 The opening stint that Vergne did was the longest of the race. From then on, the stint lengths shortened for all of the drivers. Throughout the race, Vergne spent the most time in the car. 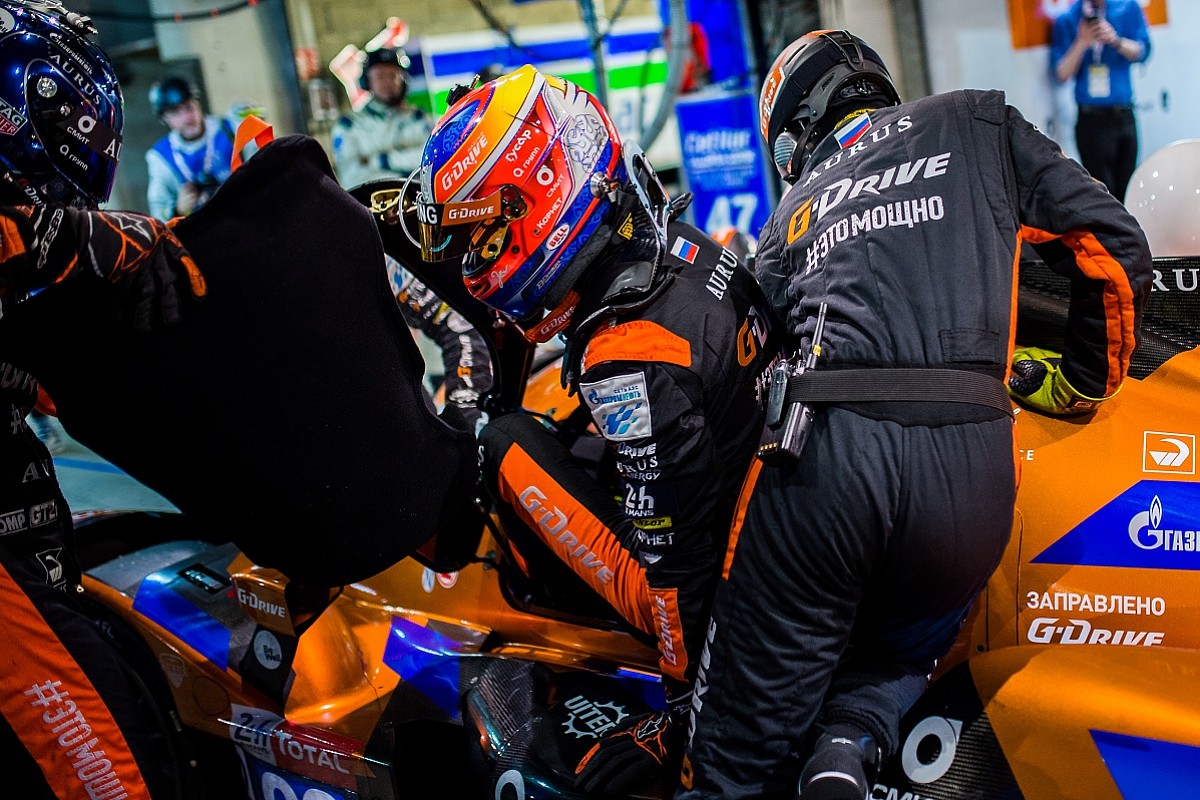 After getting out of the car, Vergne sits with his mechanics. They discuss the last stint he did, check data and have a small debrief, passing on any important feedback that Vergne gives to the current driver in the car. 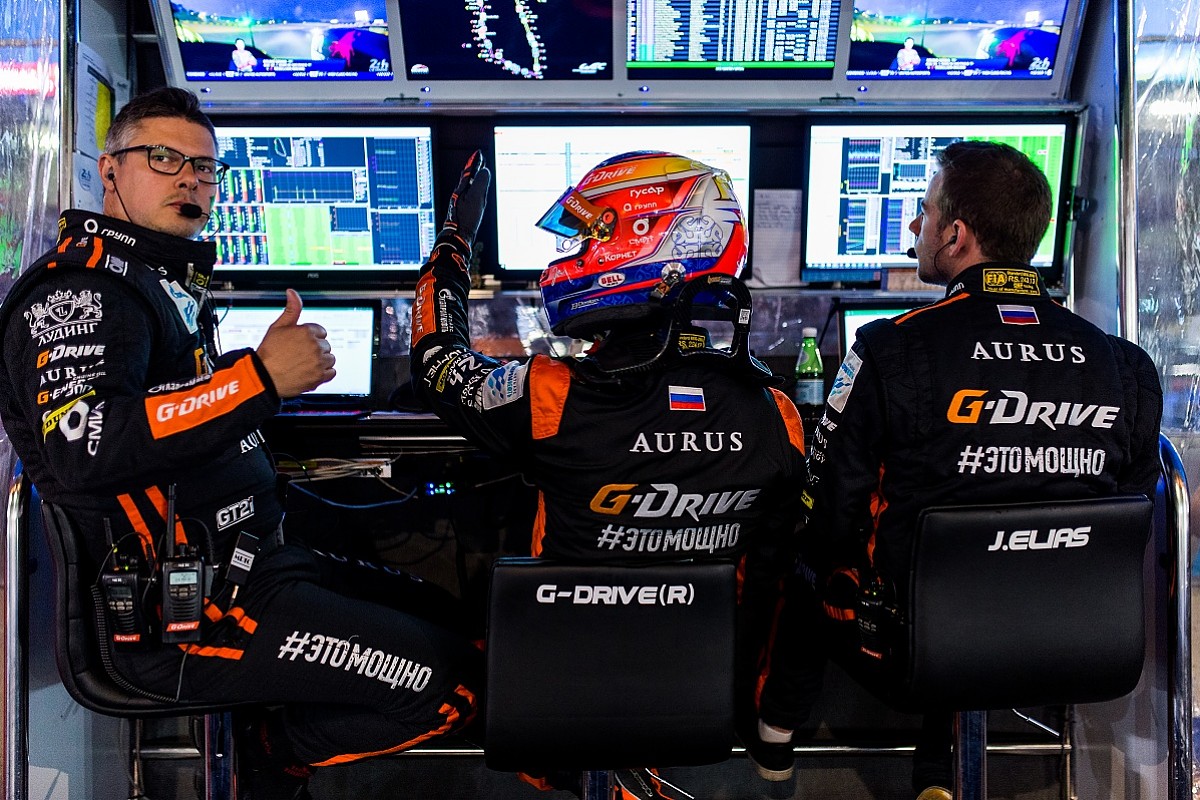 Vergne tries to get some sleep before his next stint in the car. It is difficult for a driver to sleep in the middle of the race, especially if they have just got out of the car.

Adrenaline is running high and their mind is still out on track, wanting to know the progress of the car. Each driver has their own way of trying to disconnect for a few moments of shut eye. 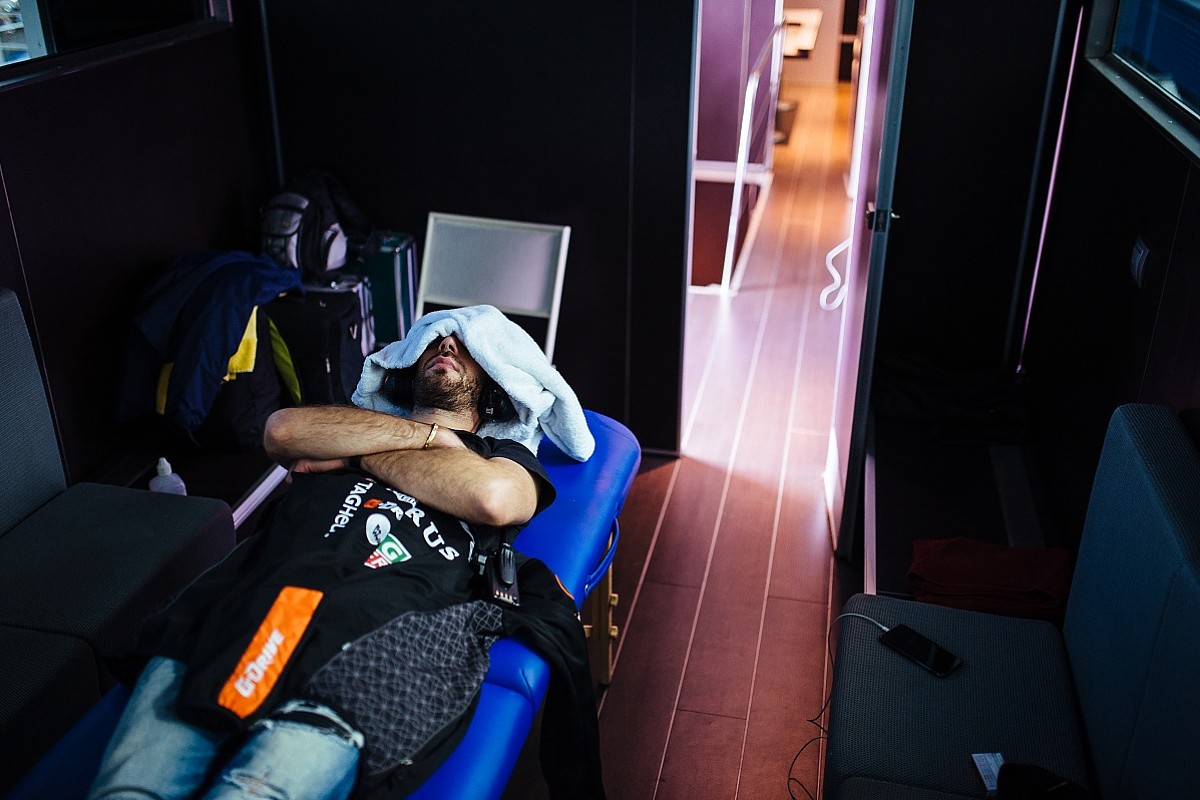 Vergne takes over the car from Roman Rusinov at about 2:30am. The driver's timetable of sleep is scheduled to the minute, with about an hour and a half given to the driver after they get out of the car. This gives them time to wake up, warm up and get ready to go back in the car. 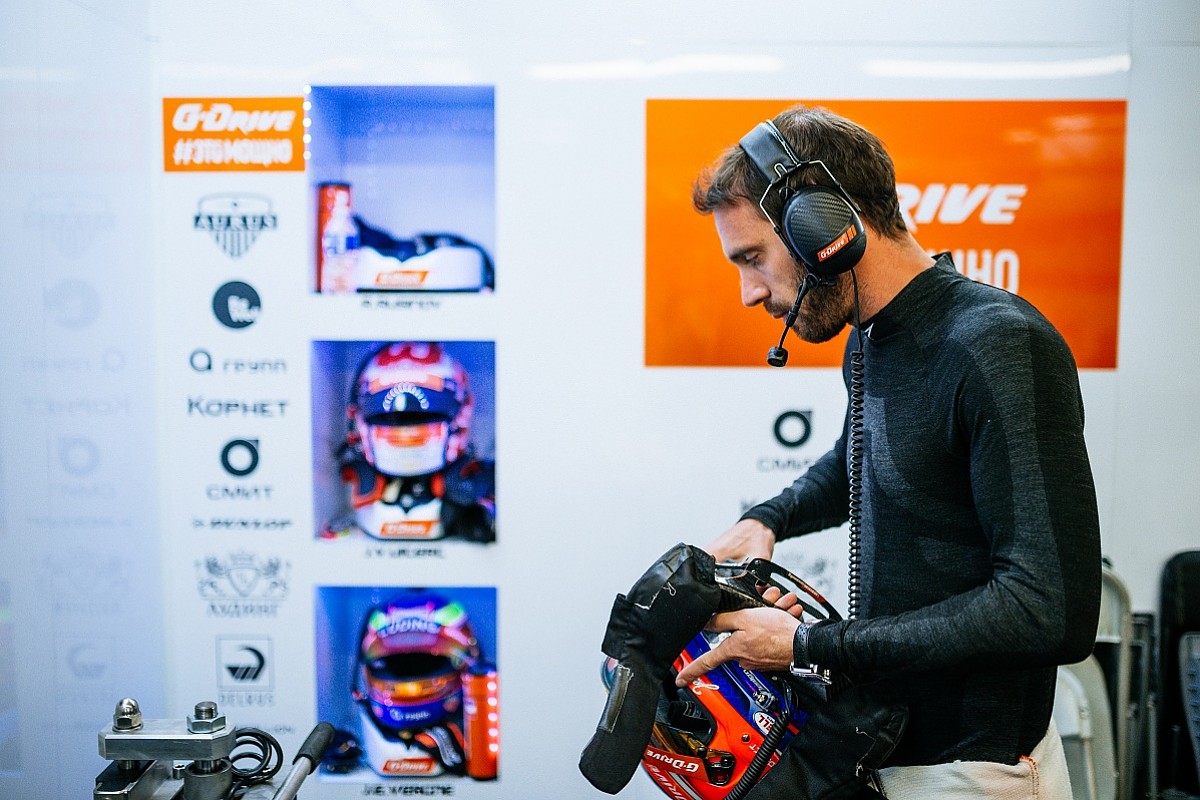 At the halfway point of the race, Vergne is in the car. G-Drive Racing is performing well, with the multiple safety cars that had occurred in the first half of the race giving the #26 a three-minute lead over the #36 Signatech-Alpine. 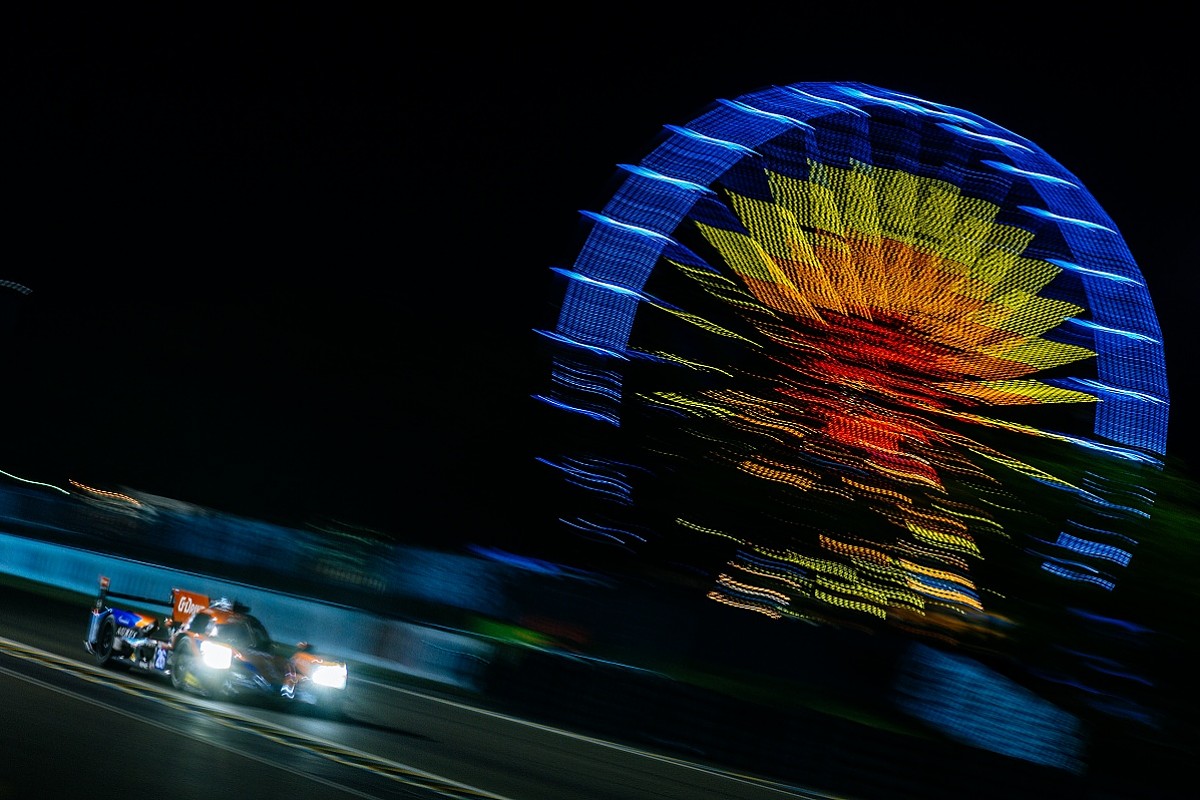 Hour 13 - Clocking off the night shift

Vergne hands the ORECA to van Uitert for the rookie's first night stint at Le Mans with the car first in class, seventh overall.

Pitstops with driver changes are, on average, about 1m40s, while a tyre change stop is normally around a minute and a fuel only stop as quick as 40 seconds. 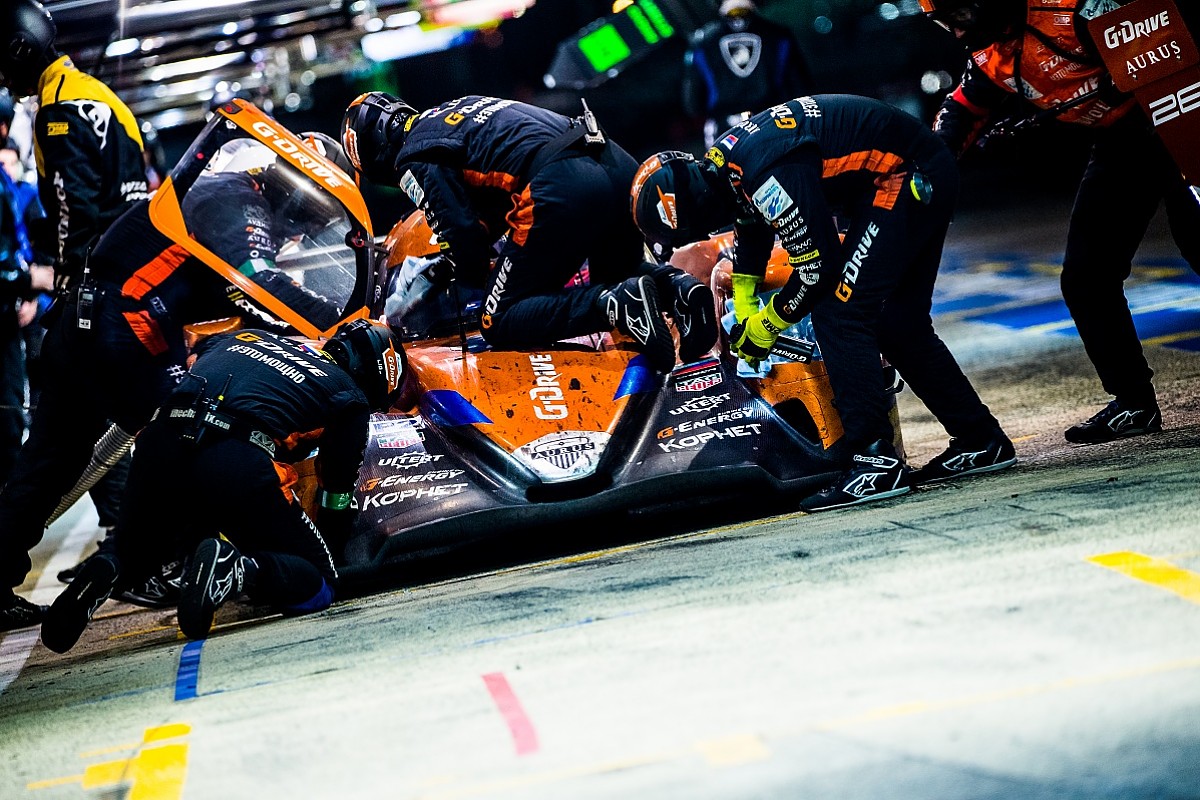 Hour 14 - From racing to relaxing

Vergne leaves his helmet and race gloves in the back of the G-Drive Racing garage so they are ready for him when he next prepares to get in the car. His race suit is taken and hung up to dry, as racing hard makes the drivers sweat, and he changes into casual clothes so he can relax. 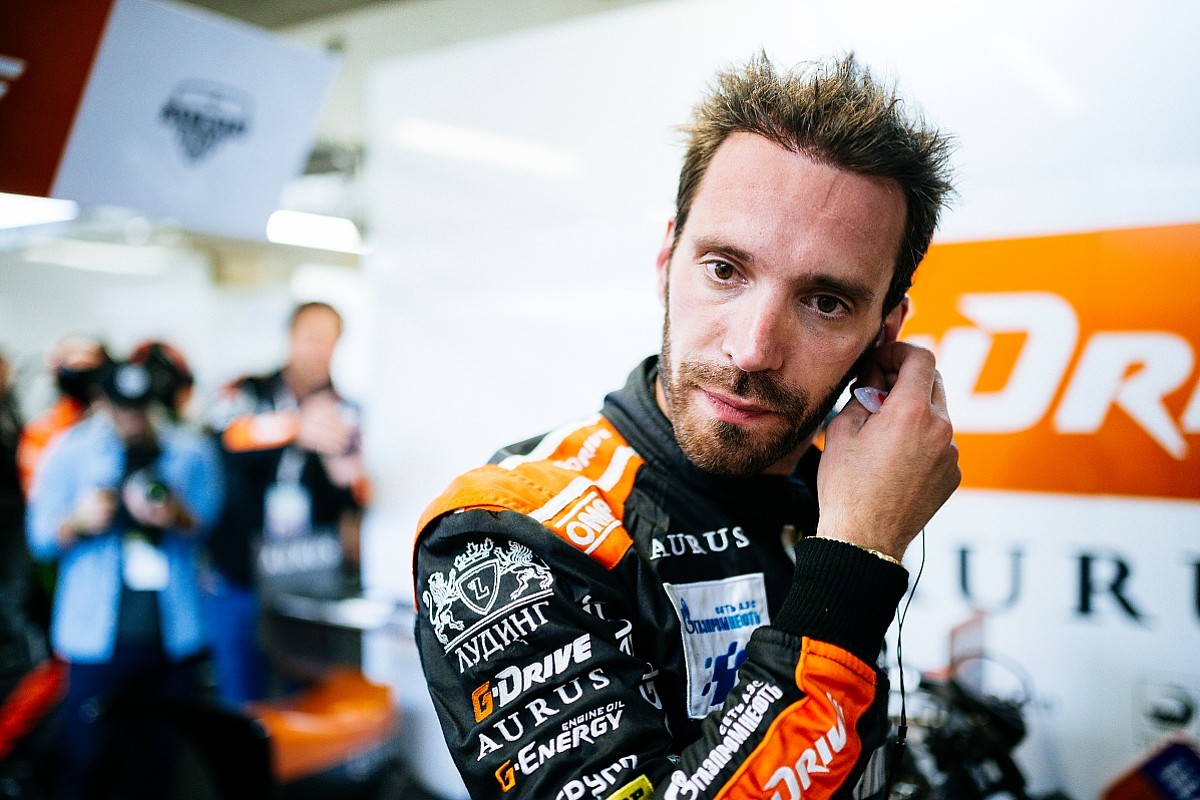 After his night stint, Vergne finds it difficult to sleep. He sits with the mechanics in the garage, taking in the race from a spectator's point of view to keep an eye on van Uitert's progress and their advantage over the field. 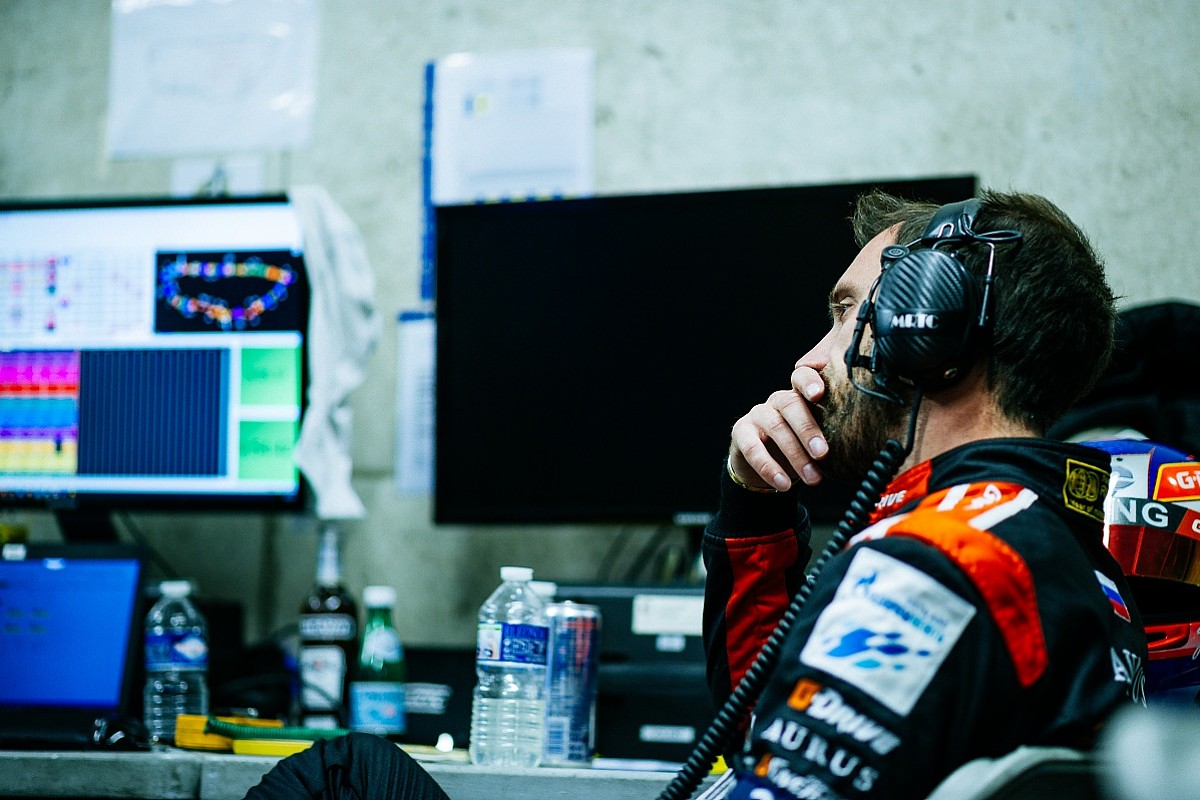 Hour 16 - Everything under control

Taking a moment of calm, Vergne enjoys some moments with his friends and family, reflecting on the race and feeling positive about the car's strong position. More safety cars through the night help G-Drive maintain its advantage over Signatech. 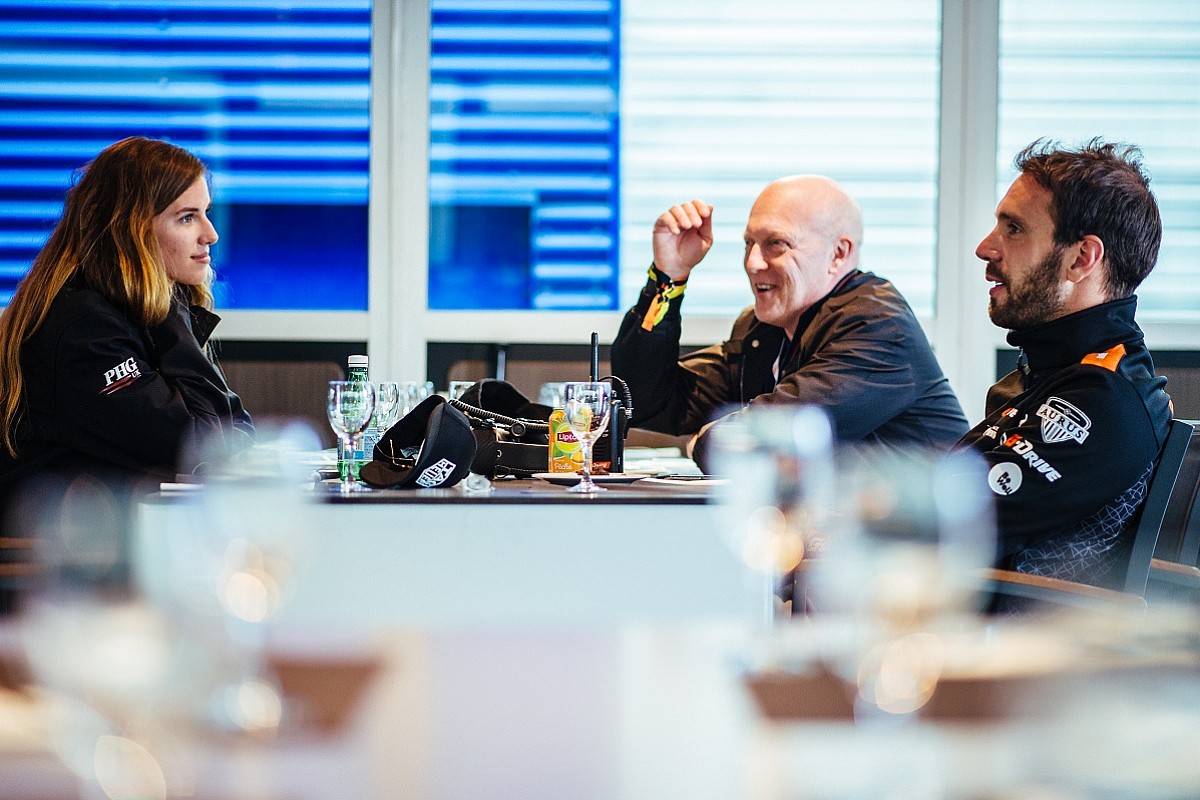 Vergne warms up, preparing to get back in the car. At these moments in the race, Vergne goes into his own head, mentally putting himself back in the car and into the right mind space for lapping Le Mans and dealing with the multi-class traffic.

Fatigue is setting in up and down the field now as day is breaking again, and although Vergne appears to be dealing with the lack of sleep well he is mindful of how others might be coping on track. 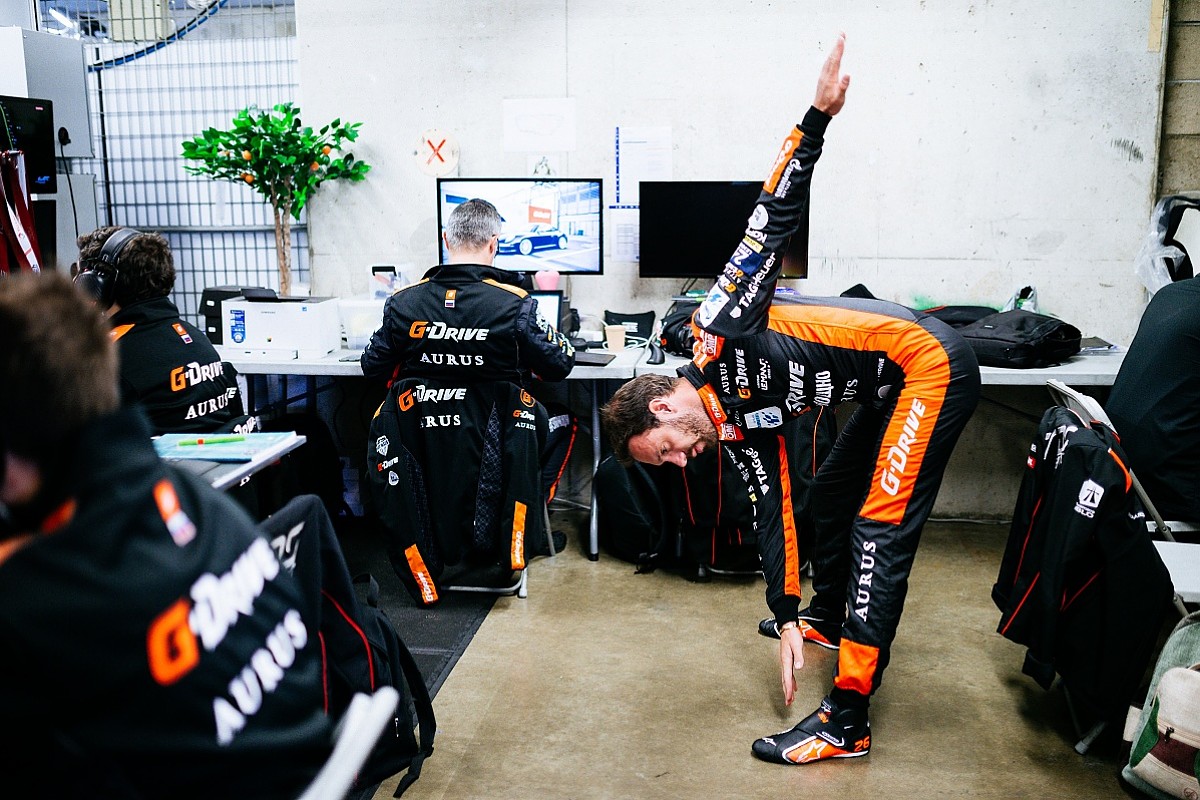 With six hours to go, a wire fails in the starter motor of the #26 G-Drive Racing ORECA, meaning that Roman Rusinov can't start the car up after his fuel stop.

The team loses 20 minutes in the garage repairing the problem. Vergne waits patiently at the back of the garage, ready to get in the car as soon as the team has finished its work. 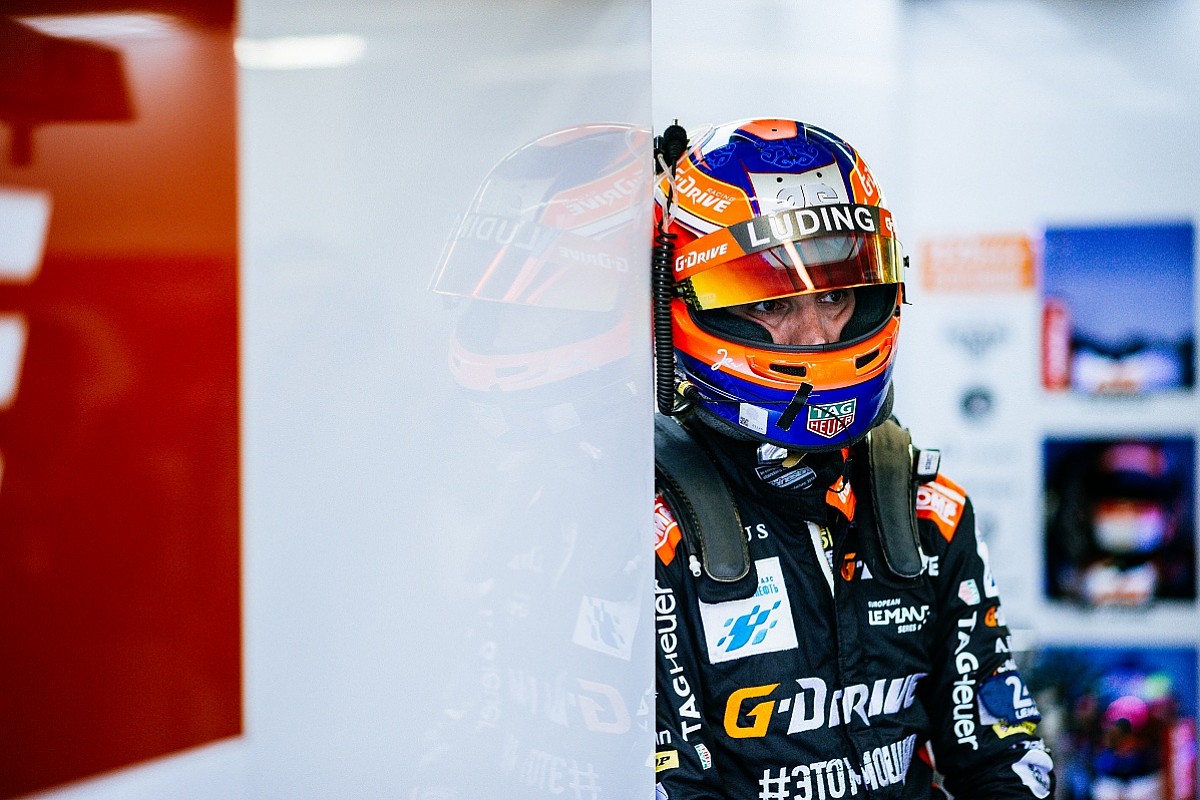 Vergne pushes hard when the car gets back out on track. The team loses five laps in its long stop, taking it completely out of contention for the class victory.

He knows he's not racing for the win, but everyone wants the team to gain back as many positions as possible. (Image: Clement Marin/G-Drive Racing) 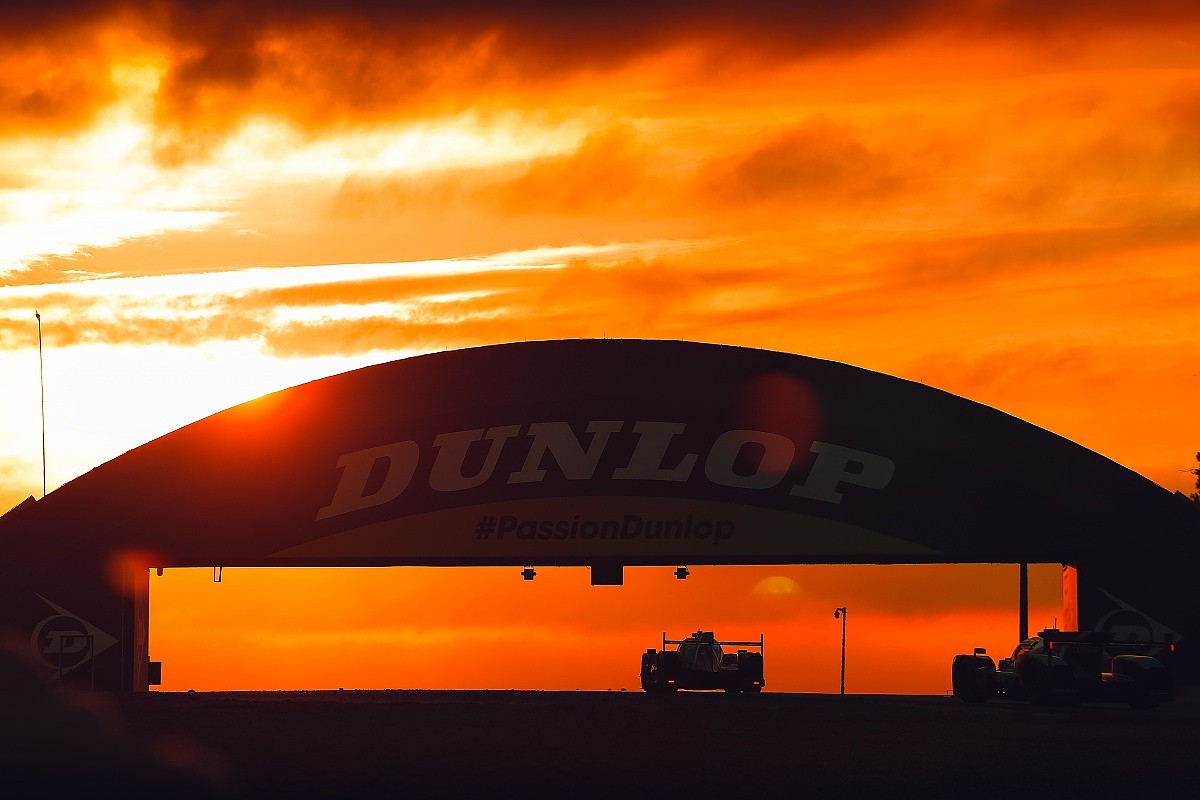 The field has spread a lot over 20 hours, which means catching the other cars and passing them is a difficult feat. Vergne manages to get to sixth in class, 12th overall. 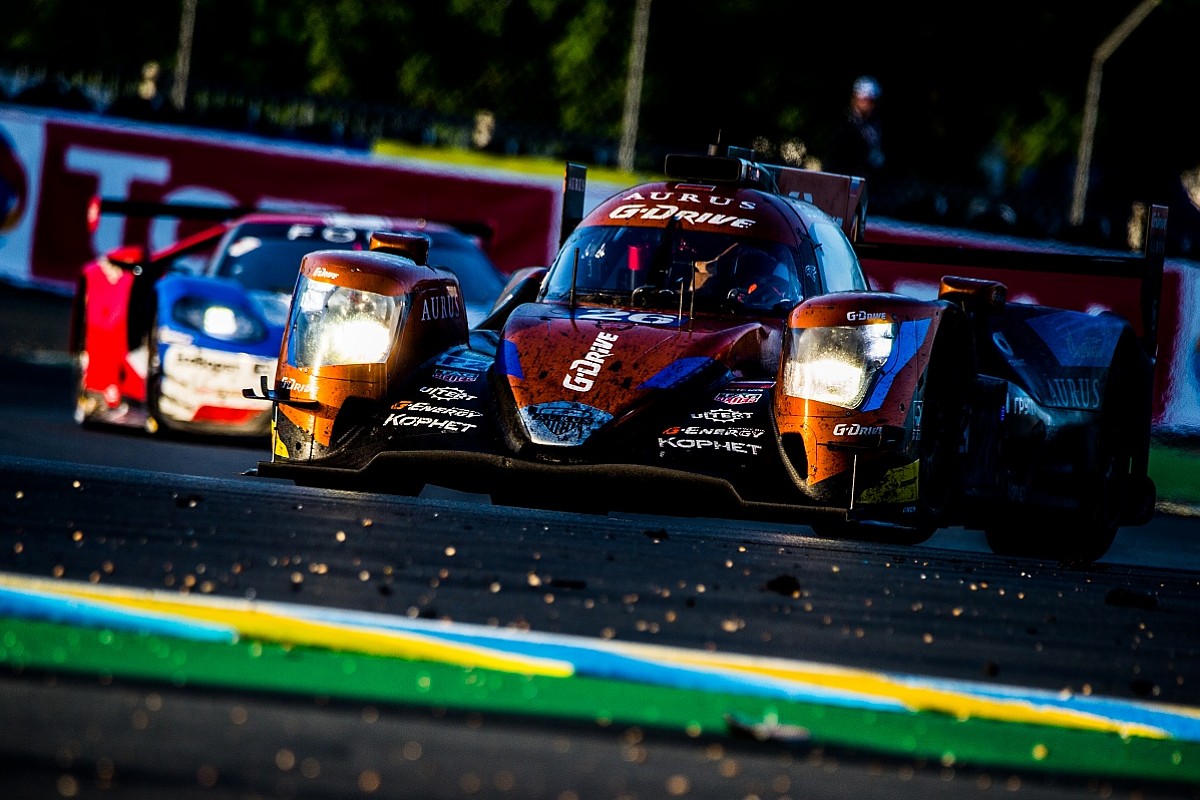 Vergne watches the race form the garage after he finishes his final stint, musing over what might have been.

The class win was definitely in the bag for the #26 G-Drive Racing team before the wire failure, making this loss even harder to take. Vergne keeps to himself as the loss finally starts to sink in. 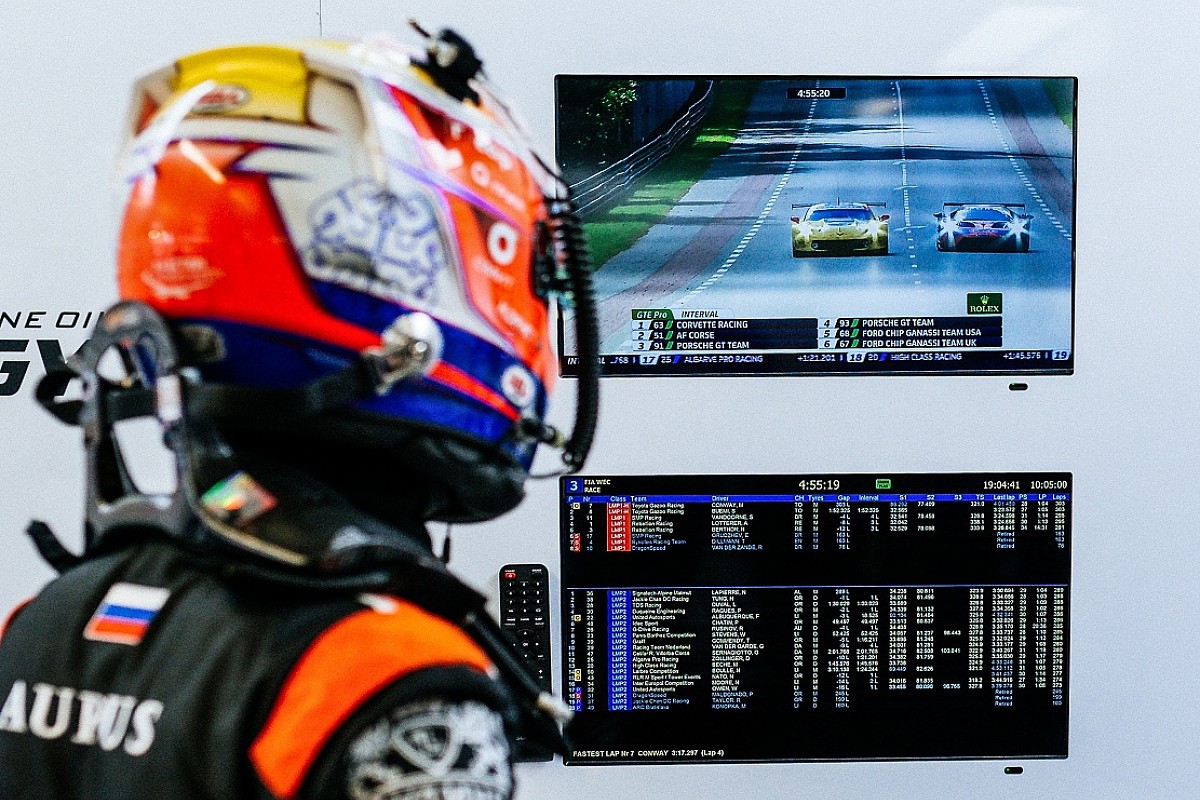 Rusinov shows Vergne the failed part that ruined their race: the small wire that broke in the car, causing the team to sit in the garage for 20 minutes and lose class lead. 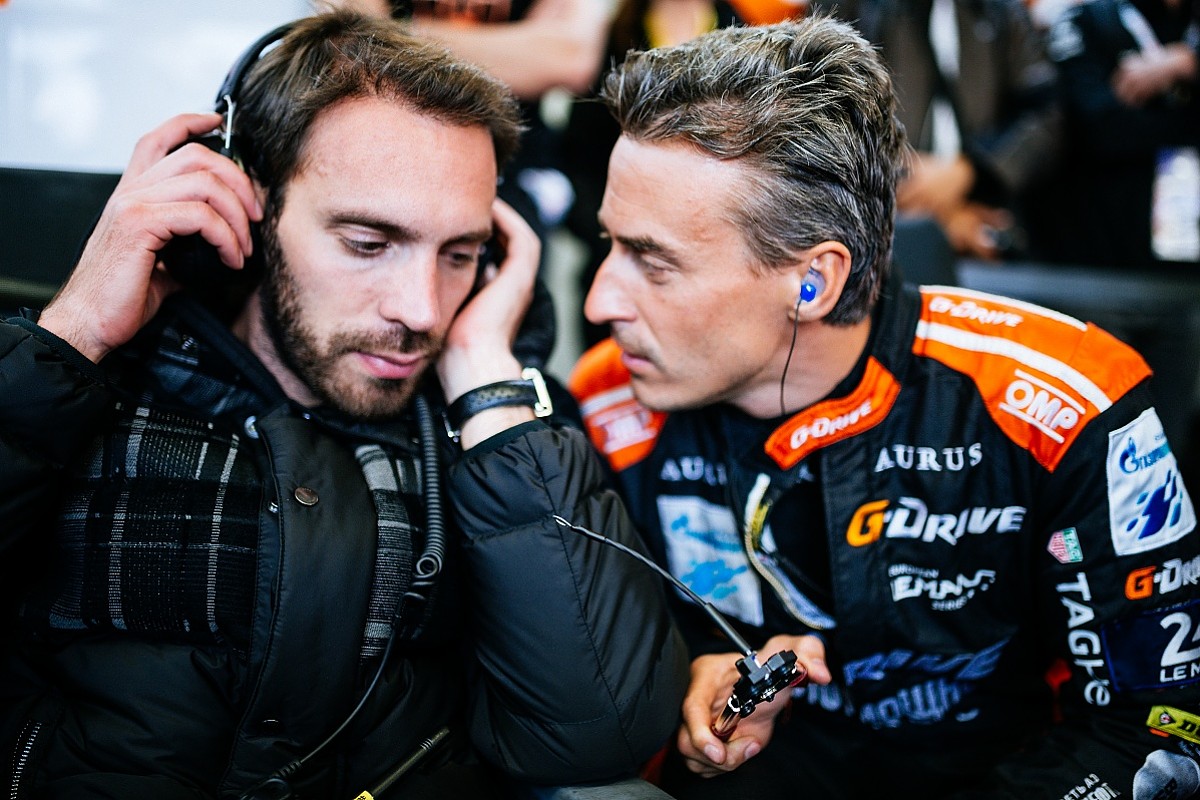 Although upset that the race victory was taken from him, Vergne still makes time for fans in the garage. He shows them around, giving them a look at the garage and how the team operates during a 24-hour race. 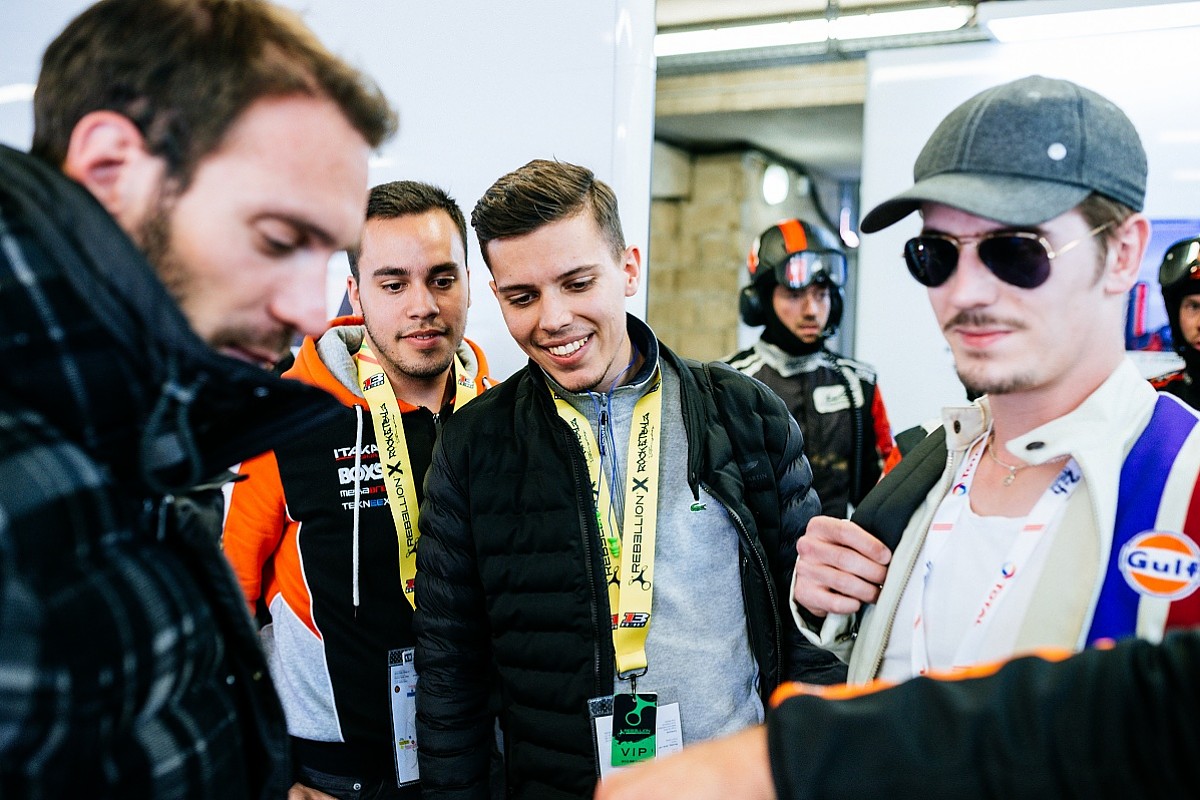 At the chequered flag, the G-Drive Racing #26 ORECA finishes sixth in class, 12th overall. The reaction to the end of the race is muted at G-Drive, which rues the wire failure that cost it the win.

Vergne exchanges words about the incident with team manager, David Leach, for the first time since the start of the race. As experienced racers they know that this is all part of the highs and lows of 24 hours at Le Mans. 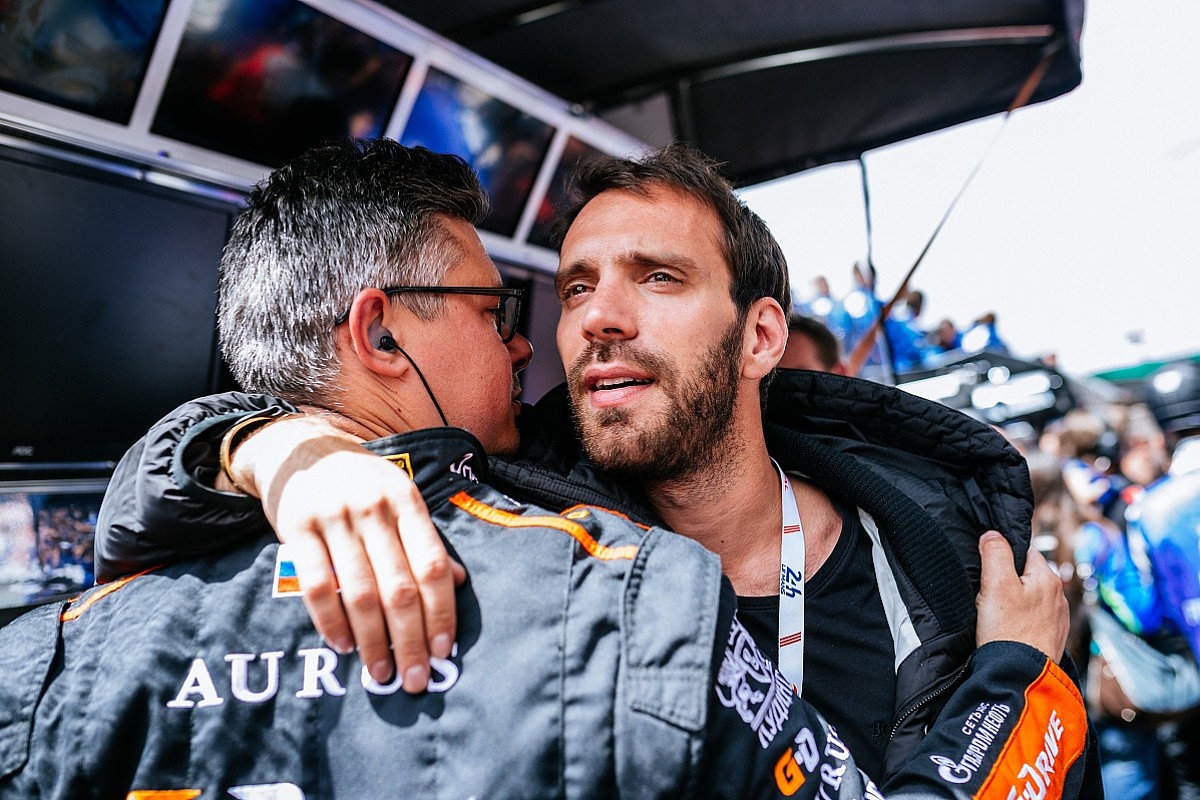