A circuit, a race car with driver strapped firmly in and a stopwatch. They're three parts of a simple equation: man (or woman) who laps said circuit in the fastest time equals pole position winner. There seems little need to complicate it.

Yet right now everyone thinks they can improve upon the formula of setting a grid for a motor race. The meddling has been made in the name of the fan, either at the track or watching on TV, but in my world right now, the tinkering has reduced rather than increased the spectacle.

Take the World Endurance Championship, which has a second go at getting its snazzy new qualifying procedure right at Spa this weekend. It has abandoned the fastest-over-a-lap principle in favour of a complicated system under which two drivers must each set two lap times. So that means the grid is determined by the average of four laps.

The idea is that spectators and TV viewers now get a decent look at the cars, which effectively have to complete seven laps over the course of a 20-minute session (or 25 minutes at the four-mile Circuit de Spa-Francorchamps).

The alternative, say the proponents of the new system, is an empty race track with each car doing a flying lap or two and, as a consequence, bored punters in the grandstands and living rooms.

But where's the excitement? It was clearly absent at the Silverstone WEC opener courtesy of a computer glitch that meant we didn't get qualifying times for the best part of an hour after the sessions. And I'm betting that it will be missing on Friday evening when the WEC boys go for it again.

The grid is determined by an average of four laps, so it's no surprise that the spectacle is average, too. By definition it can only dilute the spectacle and rob qualifying of any drama.

Think about it. The chequered flag is out, Anthony Davidson has just set two purple sectors and you're thinking, 'Can Toyota snatch pole?'. Then you realise he was baulked big-time at Eau Rouge on his first lap and Stephane Sarrazin before him got even more traffic. Ergo, no drama.

The men from the Automobile Club de l'Ouest should have learned the lessons of history. Back in 1980, they opted for aggregate qualifying for the Le Mans 24 Hours. The result, in a pre-computerised age without driver ID systems, was confusion and controversy.

Only the Thursday session counted as qualifying and the grid was based on the average time of all drivers in each car. The twist came in the ability of an entrant to discard the time of a driver (presuming it had three) to lower its average. That man — and in one case woman — would then take no further part in proceedings.

Alain de Cadenet's squad had to drop Desire Wilson from its line-up after her fastest lap, and only representative time, was missed by the timekeepers. The only way the squad could make the race with its Cosworth-engined De Cadenet Lola Group 6 car was to drop a driver who had already won two rounds of the World Championship for Makes that season.

Another British team, running an older De Cad, failed to make the cut and took legal action against the ACO on race morning.

Entrant Nick Faure alleged that the times of a car that had qualified, the French ACR-Cosworth entered by Andre Chevalley Racing, were erroneous, or at least that the time allocated to one of its slower pedallers was in fact set by lead driver and former grand prix racer Patrick Gaillard.

It's not that I'm necessarily against aggregate qualifying. The original A1GP procedure wasn't too shoddy.

You might remember that qualifying was broken into four segments, with the aggregate of the best laps of each driver in two of those mini-sessions determining the grid. A two-lap average that changed over the course of the four sessions created excitement in a way the WEC system doesn't.

Each A1GP entry was allowed one flying lap per session. That was variant of a format tried many times before, even in Formula 1 back in 2003 if you remember.

One-at-a-time 'Superpole' qualifying has its merits and certainly worked in the FIA GT Championship in the early noughties. It created the required drama, not least because one of the leading protagonists at the time always did his utmost to distract the driver of the car coming after him.

The Superpole moniker has been invoked for the final round of the system employed in the new FIA GT Series this season. The shame is that there's nothing super about it, though I do concede that pole is awarded as a result.

Qualifying in FIA GTs this year has no rhyme nor reason. It is convoluted in the extreme and has created an anti-spectacle.

Each of the two drivers sharing a car each get a go in two short sessions. I like that, and the fastest 10 cars go through to superpole. It sounds good so far, but the the procedure goes downhill from here at the same time as logic disappears out of the window.

The drivers who take part in superpole haven't necessarily been fastest in their car during qualifying. Teams nominate who will take part in final qualifying at the start of the event. Which begs the question, why bother having one session for each driver in the first place?

Those 10 drivers then head for the pitlane exit, supposedly at 20-second intervals, and get two flying laps to set their time. Blink and you'll miss it.

The system is, apparently, designed to mirror the three-round knockout system of the FIA GT1 World Championship. That worked, just as it does in Formula 1. The reason is that it still conforms to that fastest-over-a-lap principle to which I keep returning.

Knockout qualifying in the WEC probably wouldn't work because of the multi-class structure and the sheer weight of cars. Ditto Superpole, though I suppose you could have, say, five cars from each class going through into some kind of shootout.

It would probably still be too complicated. Qualifying systems should be straightforward: they need to be easy to understand for the fans and simple to create the necessary drama.

I could propose any number of tweaks to WEC qualifying: splitting the short session in half, with each of the two drivers having a shot each, or just requiring each driver to set one lap time. Each, or both together, would undoubtedly make the system better.

But here's a thought: how about you open the pitlane, everyone goes out, sets a time and the fastest driver ends up on pole? It's not radical, but it is simple. And a couple of purple sectors really would create excitement. 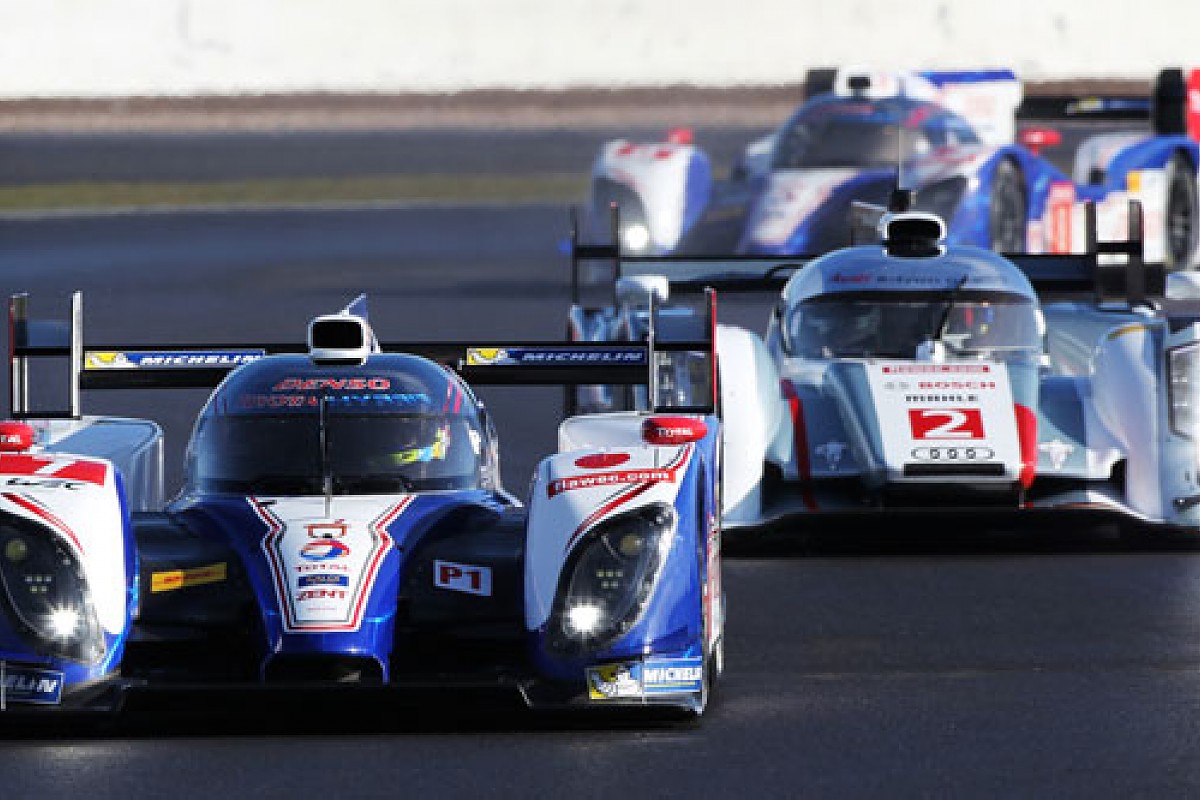