I've had a dream and I've had it for years now. It involves seeing the same cars that slug it out for victory at the Le Mans 24 Hours in June doing battle on the high banks of the Daytona International Speedway more than four months earlier in February. 'Fantasy' would, perhaps, be a better word for it.

And that's the way it's going to stay, despite the 'merger' between Grand American Road Racing and the American Le Mans Series.

The exact class structure when the new series comes on stream at the 2014 Daytona 24 Hours isn't yet clear, but ALMS founder Don Panoz as good as confirmed during last week's announcement at Daytona that speculation on the disappearance of the LMP1 division in North America is pretty much on the money.

That's why the 'merger' - or rather takeover of the ALMS by Grand-Am - isn't all good news for sportscar fans, especially those of us over in Europe. It may be the best way forward for long-distance racing in the US, but it's almost certainly going to have a negative impact on the Le Mans 24 Hours and, perhaps, the FIA World Endurance Championship.

The ALMS contingent has become an important ingredient in the mix that makes up the Le Mans grid since the inception of the series in 1999. I know it's been a while since we've had a true American entrant in LMP1 (that's not counting the Joest-run Audis fielded under the Audi Sport North America banner), but the opportunity has always been there.

The LMP1 division wasn't exactly flush with entries at Le Mans this year, so it would have been nice to see the odd American team turning out. I guess we have the economic downturn to thank for the absence of any American P1 teams in France.

Even so, until last Wednesday's announcement, I was clinging to the idea of a strong P1 class in the ALMS providing two or three privateer entries for the 24 Hours each year. I think it needs them.

I have another concern. Perhaps there's a manufacturer out there weighing up an entry into the P1 division in 2014 or beyond that will be dissuaded from joining the party because the chance to race full-time in the US has been removed.

The ALMS, over the years, has provided BMW, Audi and Cadillac with an important US playground for their Le Mans contenders. And don't forget that Acura was on course for the 24 Hours when its programme slowed to an eventual halt after Audi's withdrawal ahead of the 2009 season.

It was interesting to hear Porsche boss Matthias Muller talking about a Sebring 2014 debut for the marque's new hybrid LMP1 contender over the course of the Baltimore ALMS weekend at the start of the month. His words probably prove nothing more than that he was badly briefed (the motorsport powers that be within the company must have been all too aware of the merger plan by then), but we shouldn't underestimate the importance of the American market to Porsche. Just remember where the Stuttgart marque chose to race its last prototype design, the RS Spyder.

Believe me, I'm not saying that unification is bad thing. It will result in a stronger US sportscar scene, and that has to be good - especially in the present economic climate.

It could have another positive knock-on for the world scene. Presuming that the new series keeps the LMP2 class (and the indications are that it will) as well as the GTE class (which it definitely will), then it will sort of fall into line with the series running to Le Mans rules in Europe and Asia. And by that I mean an absence of LMP1 machinery.

That will ensure it will still be part of a pyramid of Le Mans-rules racing with the WEC and Le Mans at its pinnacle. Panoz, who will be vice-chairman of the new group, is already talking about finding a way of continuing the ALMS tradition of providing guaranteed entries for Le Mans.

One proviso is that the American rulemakers - which looks like being a combination of staff from Grand-Am and the IMSA sanctioning body of the ALMS - can incorporate P2 around the Daytona Prototype division. (We can say with some certainty that DPs will be the top class in the new series - think takeover, not merger here.)

That's going to be no easy task. An LMP2 is somewhere in the region of four seconds per lap faster than a DP around a circuit such as Laguna Seca, and slowing them down surely isn't an option.

LMP2s have a hard enough time overtaking GTE machinery as it is, and cutting their power or clipping their wings to reduce downforce will create all sorts of problems.

And significantly, slowing the GTE cars isn't going to happen, at least not to my understanding. Chevrolet, a major player in both series at the moment, was central to the deal to allow GTE to continue. It wants - or rather needs — to be able to race its Chevrolet Corvette C6.Rs that it takes to Le Mans each year in a full programme in the US. And in more or less the same specification.

That means speeding up the DPs is the only option. Taking those funny prototypes off the Continental-branded Hoosier tyres on which they currently run is one way their performance could be increased, as is upping their horsepower and downforce levels. But that presents a problem, as one driver with a foot in both camps pointed out to me.

Grand-Am, when it introduced the DP class for 2003, turned its back on 20 years of safety innovation by mandating that the cars are built around semi-monocoque designs. And remember, as my friend pointed out, faster cars are more dangerous cars.

There are a lot of unknowns about the new series, right down to its name: that wasn't even confirmed at the merger announcement. One of the few things about which we can be sure is a continued absence of cars that race in the top division at Le Mans from the Daytona 24 Hours. It hasn't happened since 2002 (when the works Riley & Scott-Ford MkIIIC and the Judd-engined Ascari KZR-1 competed in both 24-hour classics) and it isn't going to happen any time soon.

My dream of seeing Audi R18s or Toyota TS030s flying around Turns 3 and 4 at Daytona is going to remain just that. 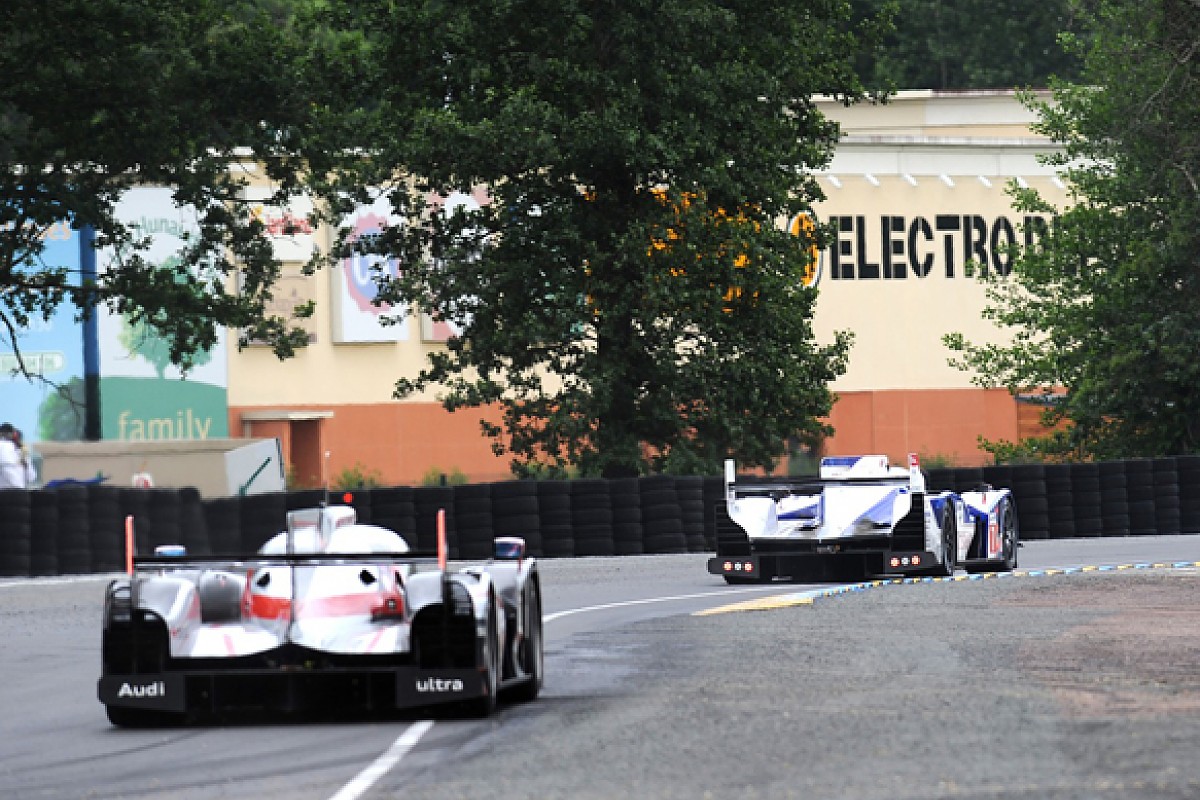