Starting second, Powell swept up the inside of Spa winner Kimilainen to take the lead at Turn 10 on lap six.

Chadwick (Veloce Racing) had looked sure to catch her fellow Brit at points, but Racing X’s Powell had built up a substantial lead at the 20-minute mark and crossed the line 2.8 seconds ahead after 20 laps.

The two title protagonists both sit on 109 points with two races to go at the Circuit of the Americas and Mexico City, although Powell has more three wins to Chadwick's two. Nearest rival Kimilainen sits 34 points behind.

W Series Academy driver Nerea Marti held her fourth position on the grid to the flag ahead of Jess Hawkins and Belen Garcia.

Kimilainen survived dipping a wheel into the gravel at Turn 12 on the formation lap to lead at the start, with Powell and Chadwick staying close behind her into Tarzan.

Behind the leaders, Belen Garcia took seventh at Turn 4 from a slow-starting Abbi Pulling - who had dropped from fifth in her second W Series start.

With five minutes complete, Kimilainen had built up a 1.1 second lead over Powell, while Chadwick followed close behind her.

The 2019 champion had set the fastest lap in the early stages, but Powell soon went quicker and closed rapidly on Kimilainen. 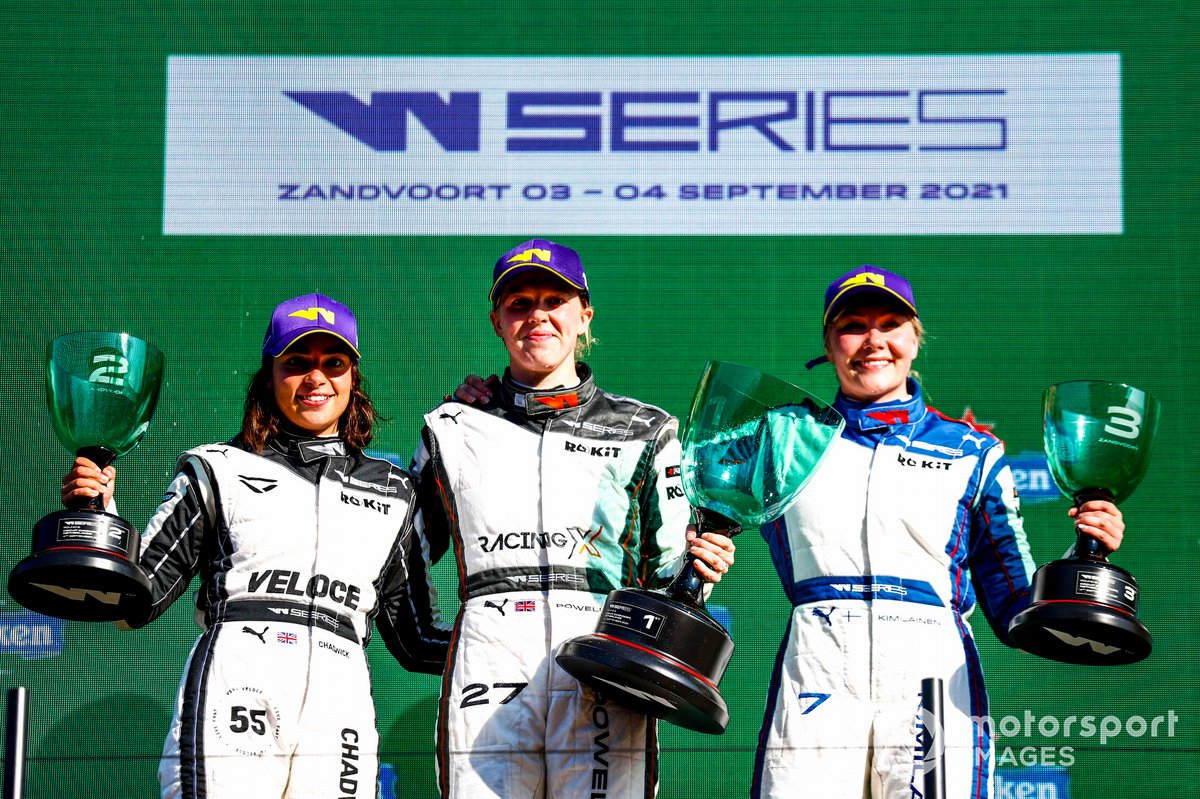 Powell sold Kimilainen the dummy at the Turn 10 left-hander on lap six, before Chadwick followed past onto the pit straight later around the same lap.

Kimilainen quickly fell back from the leaders, but held Marti at bay behind her, as Powell edged away from Chadwick.

With overtaking at a premium on the fast Zandvoort sweeps, Chadwick stayed behind to the flag as Powell scored her first win since Silverstone in July.

On the final lap, Powell's protege Pulling passed Garcia at Turn 3 in a great overtake to take seventh position.