Alice Powell snatched victory in the W Series race at Silverstone, passing Fabienne Wohlwend for the lead just five minutes before the chequered flag to retake the championship lead.

The Brit took the top step of the podium at her home race with a 1.3 second advantage for Racing X, her second win of the season after taking victory at the season opener in Austria.

Powell started on pole but Wohlwend took the lead off the line, leading for most of the race.

But Powell snatched back the top spot with minutes to go after the Bunker Racing driver locked up into the first part of the Club complex, causing her to run wide on the exit and allowing the Briton up the inside.

However second was still Wohlwend’s highest ever finish in the series, with her previous best a third place at the Red Bull Ring.

Before the race got underway, Visser was forced to make a last minute engine change in her M Forbes Motorsport due to a mechanical issue.

The Dutch driver had a bad start from fourth, slipping back to seventh, while Miki Koyama (Sirin Racing) stalled on the grid before eventually getting off the line as marshals ran to help her.

Wohlwend was into the lead after the first few turns, with Powell down to second and Chadwick sitting comfortably in third. 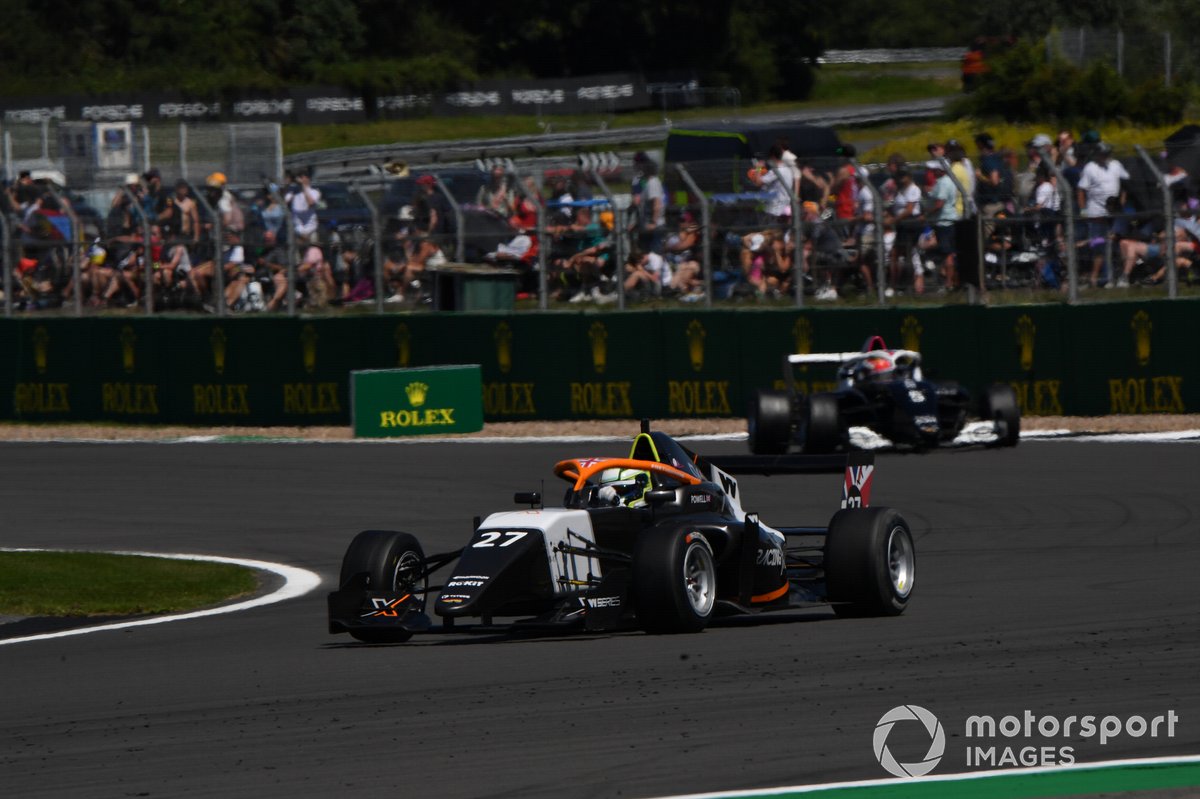 Series debutante Abbi Pulling was on the back of Visser by the fourth lap, with Abbie Eaton, driving for Ecurie W, also heaping pressure on Belen Garcia (Scuderia W) for ninth.

With ten minutes of the half-hour race completed, Powell was following close behind Wohlwend, with a four second gap behind her to Chadwick.

But by lap nine, Wohlwend appeared to be struggling, as Powell began to close in. The brewing fight was interrupted when Koyama came to a stop in the run off area on the outside of Village with a technical issue, ending her race and prompting a full safety car.

As the safety car ended with seven minutes to go, Wohlwend initially maintained her lead over Powell, only to make the error that allowed the local driver through further around the restart lap - gifting Powell back the lead in the standings over Chadwick and Sarah Moore.

Kimilainen was right on the gearbox of Chadwick in the challenge for third, but the Finn was unable to pass.

Visser, Moore and Pulling tussled for sixth with seconds to go, with Visser eventually emerging in front ahead of Moore in seventh and Pulling in eighth.

Garcia was out on the last lap, suffering damage to her rear suspension after making contact with Hawkins.