Alice Powell led W Series practice at her home round at Silverstone as part of the Formula 1 British Grand Prix support package, topping the timesheet ahead of Jamie Chadwick.

Powell, driving for Racing X, went quickest during the 30-minute session with a time of 1m57.098, over a tenth quicker than fellow British driver Chadwick in the Veloce Racing car.

Emma Kimilainen, driving for Ecurie W, finished third, almost three-tenths behind Powell, with Sarah Moore of Scuderia W finishing fourth in the sole practice session of her home round at Silverstone.

Six Brits will line up on the grid for Saturday’s race, with Abbie Eaton of Ecurie W and reserve driver Abbi Pulling finishing practice in seventh and eighth respectively, and Jessica Hawkins in 13th for Racing X.

This is Pulling’s first outing for the series, driving for Puma, with the 18-year-old competing alongside her mentor Powell. '

She was named as a reserve driver for the 2021 season after being invited to take part in the pre-season test at the Anglesey Circuit, Wales, in May.

Fabienne Wohlwend was first to set a flying lap in her Bunker Racing sponsored car, with a 2m01.010s.

Chadwick set an early quick lap five minutes into the session, breaking the two-minute barrier with a 1m59.335 and putting her top of the timesheet, before Powell went four-hundredths quicker. 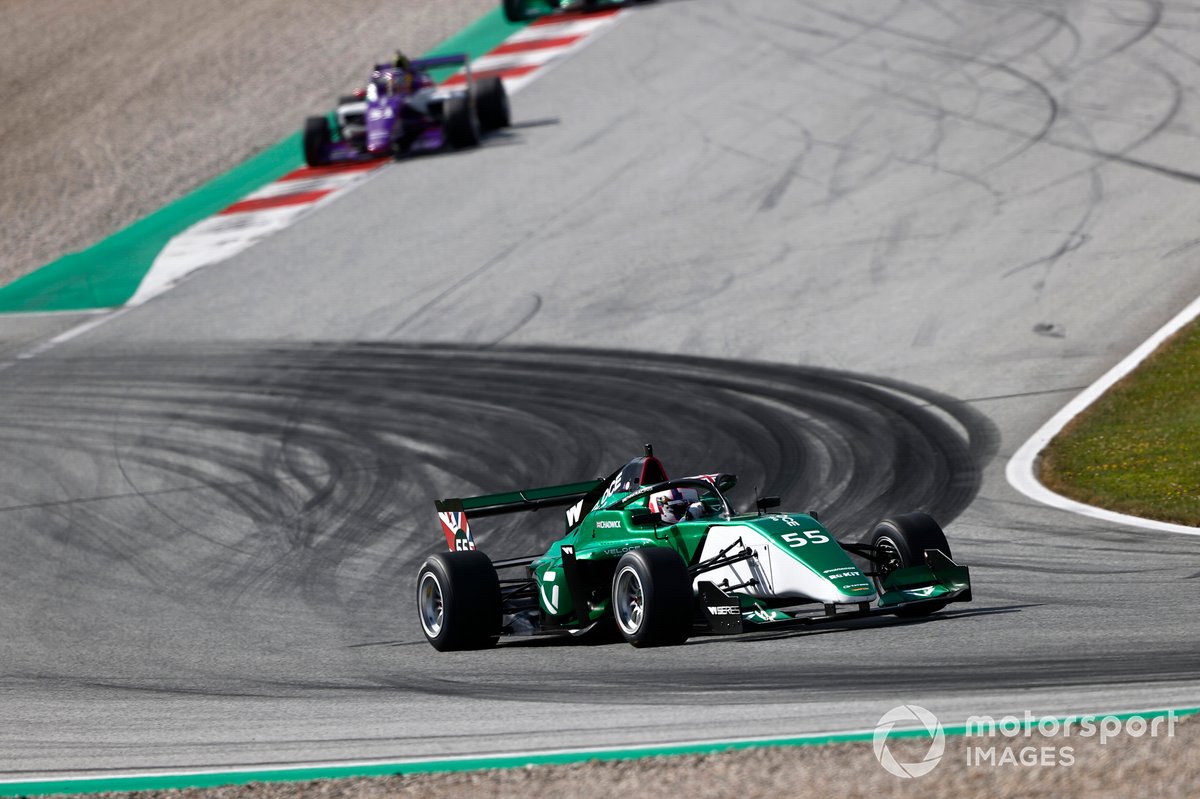 Wohlwend then set a 1m58.502 to lead by over two tenths, before Chadwick was first to break into the 1m57s, setting a 1m57.742s shortly before the halfway point.

Bruna Tomaselli ended up on the grass ten minutes into the session, prompting yellow flags in sectors two and three, but was able to return to the circuit unscathed and carry on.

With 10 minutes left, Powell led with a 1m57.098s ahead of Chadwick, Wohlwend and Beitske Visser, with Moore in fifth.

Chadwick dominated the last weekend in Austria, leading every session to take victory, with Powell having done the same the previous weekend at the Red Bull Ring in the double-header.