W Series driver Abbie Eaton called the Circuit of the Americas' sausage kerbs “ridiculous", after contact with one of them left her with a vertebral compression fracture.

Eaton ran over one of the sausage kerbs at Turn 15 during race one at Circuit of the Americas on Saturday, which launched her to the air.

The Briton was hospitalised as a result, where she was diagnosed with a fracture in her T4 vertebra from the impact.

Eaton, who was unable to compete in Sunday’s race after her injury, said the incident was “ridiculous” and there was “no need” for the kerbs to be situated at the bounds of the circuit.

Fellow driver Fabienne Wohlwend was also launched by one of the kerbs at Turn 1 on the opening lap of race two, but these were removed ahead of the Formula 1 race.

Eaton wrote: “What a rubbish weekend! Ran wide and went over one of the HUGE sausage kerbs that launched me into the air giving me a compression fracture at T4 vertebrae.

“Not ideal! Also found out one of the F4 drivers also did the same and has the exact same injury. Ridiculous! No need for them at all.

“A shame not to finish the season off properly but full steam ahead with months of rest, recovery and rehab!

“Thanks to the W Series team, Stewie, Jessica and all my friends and family for the support. You’re all ace xx” 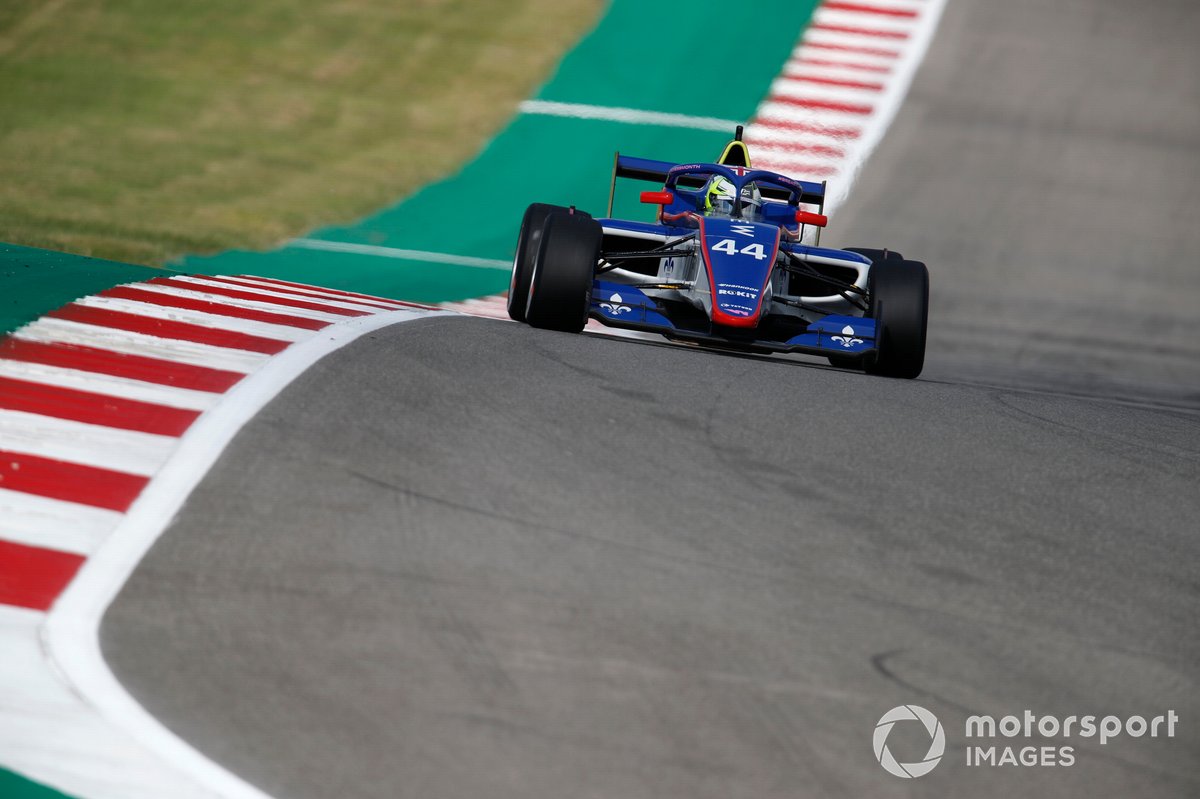 Although sausage kerbs are often implemented to stop drivers from going off-track, they have been responsible for a number of airborne incidents in recent years.

Former F3 driver Alex Peroni was sent flying into the air at Monza in 2019, and the Australian came to a stop in the catch fencing at the Parabolica.

He too was diagnosed with a fractured vertebra, and the former Campos driver had to sit out the season finale at Sochi as a result.

Sean Gelael suffered a similar injury at Barcelona at 2020 during his final F2 season, striking a kerb while battling with Jack Aitken and going airborne.

The Indonesian also suffered a compression fracture as a result, missing four rounds - as Juri Vips deputised for him at the DAMS squad.

Eaton, who is also a test driver on Amazon series The Grand Tour, finished 13th in the drivers’ standings, with her best finishes sixth place at the Red Bull Ring and in Zandvoort.

W Series have been contacted for an update on her condition.