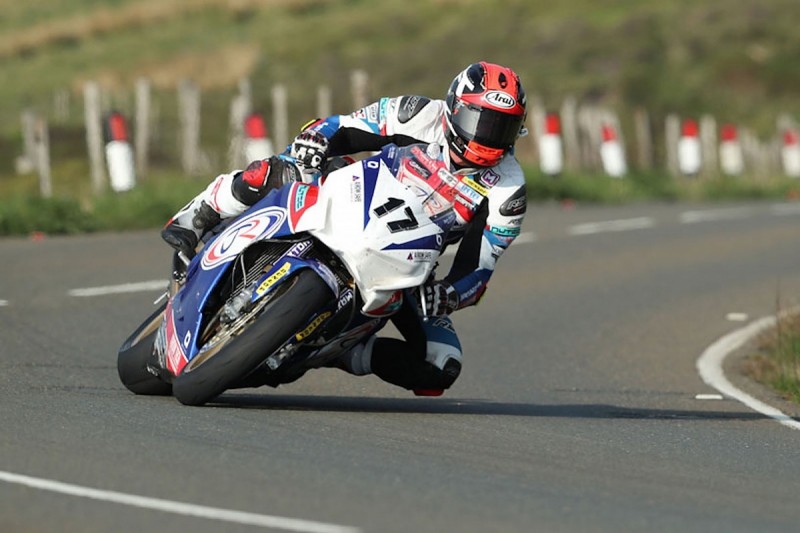 Mercer was flown off the island to hospital in Liverpool on Wednesday night, after colliding with a course car on his way back to the start/finish area at the Grandstand following an incident at Churchtown that claimed the life of Dan Kneen.

An update from event organisers the ACU stated Mercer was in a "critical but stable condition".

Mercer's wife Caroline revealed the rider had broken his ankle, heel and T12 vertebrae and is currently unable to breathe unaided due to neck and larynx damage.

A further statement from his wife on Friday morning confirmed Mercer had surgery early on Thursday, and said doctors are keeping him "heavily sedated" so he is comfortable during recovery.

She also thanked the racing community for its messages of support.

"Just to give you an update: Steve had surgery early Thursday morning for pelvic and leg injuries, which went as well as the doctors could have hoped at this stage," the Facebook statement began.

"Other injuries include a broken ankle, heel, T12 vertebrae, a fracture to his larynx and damage to his neck which means he's not currently able to breathe for himself without support.

"They're keeping him heavily sedated most of the time to make him more comfortable while he recovers from his injuries.

"Thanks you so much to everyone who has helped us to get over to him so quickly, and for the hundreds of messages out to him to let him know everyone is rooting for him to get better."

The course will be placed under full red flag conditions regardless of where an incident has taken place and riders will be led back to the paddock in course direction accompanied by travelling marshals.

An investigation into the Mercer incident has also been launched, although no further updates regarding this have been made by organiser the ACU yet.