Ben and Tom Birchall opened up their 2019 Isle of Man TT with their sixth-straight Sidecar victory, after dominating the first class race of the event 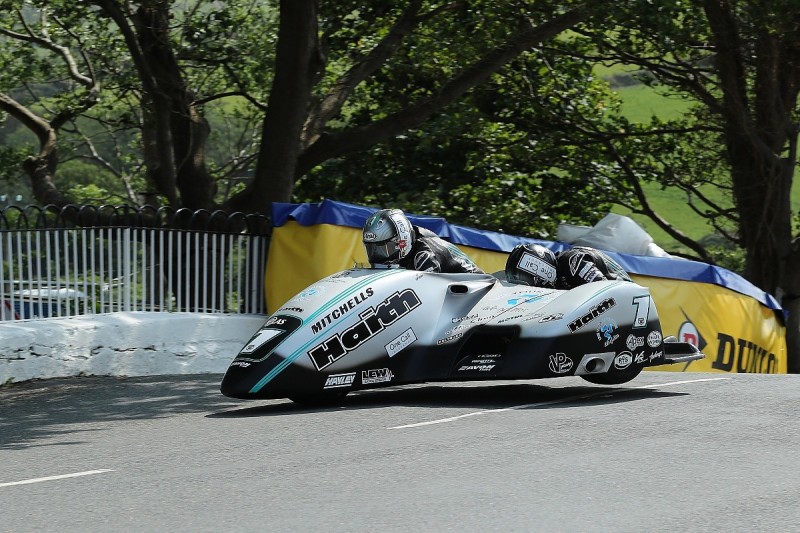 Second-fastest after Sunday afternoon's practice, the reigning Sidecar TT champions set off down Bray Hill first and held a lead of 4.1 seconds over the chasing John Holden and Lee Cain on their Barnes Racing outfit.

The Birchalls dealt a hammer blow to Holden and Cain's hopes over the rest of the first lap, extending their advantage to 8.7s at the Ramsey Hairpin and then opening that up to 14.9s across the mountain and onto the second lap.

From a standing start, the LCR/Haith outfit of the Birchall's fired in a lap of 117mph and got close to their class record from last year with a 119.1mph tour.

Now 34.5s clear at the end of the second lap, the Birchalls backed off slightly on their final run across the 37.73-mile circuit but remained untouchable.

They took the chequered flag with 48.116s in hand to tally up their ninth victory, while Tom Birchall has become the most successful Sidecar passenger in TT history.

Holden and Cain held onto a comfortable second, having shown strong pace throughout practice, while Alan Founds and Jake Lowther (Cloud Vapers Yamaha) completed the podium.

Alan's brother Peter Founds and his passenger Jevon Walmsley ended up 5.5s down in fourth for the Rowtec Engineering outfit.

Newcomers Ryan and Callum Crowe rounded out the top five on their Haven Homes machine.

The 15-time TT winner's troubles continued into the race, as he was forced to pull out at Braddan Church on the opening lap when his DMR machine developed a technical issue.

Tim Reeves and Mark Wilkes, who were double podium finishers last year, also retired on the first lap after barely making it down to Bray Hill.