Dunlop returned to racing at May's North West 200 following time out of racing after the death of his older brother William during practice of the Skerries 100 last July.

The Tyco BMW rider came into that event carrying a wrist injury from a crash during testing just before that outing, but he still managed a third-place finish in the first Superstock race on his own MD Racing-run S1000RR.

Dunlop did struggle with the injury at the 2019 TT, but registered his 19th TT victory and the 50th TT win for the Dunlop name when he beat Jamie Coward in a tense Lightweight race aboard a Paton.

He then took part in Rally Donegal later in the month, where he suffered a heavy crash and sustained a shoulder injury.

Despite this, he contested the Southern 100 at the start of July, tallying up a podium finish on the first day of racing before suffering a heavy crash in the event's second Superbike outing while chasing Dean Harrison. 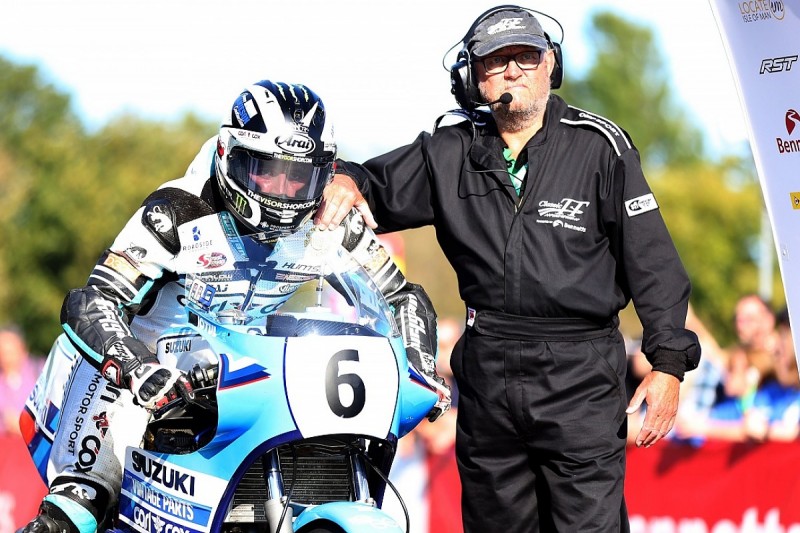 He suffered fractures in his wrist and pelvis, but still took part in the Armoy races just weeks later, where he registered two wins.

Dunlop was advised by doctors to end his racing season early, but he was passed fit after a medical exam on the eve of the Ulster Grand Prix.

But he sat out of all of Thursday's action at Dundrod and only contested the first Superstock race on Saturday - where he finished 1m16 seconds behind winner Peter Hickman - before pulling out of the rest of the event due to his injuries.

Dunlop continued to defy his issues at August's Classic TT, where he was on course to take victory in the SBK race before his bike expired on the final lap, handing the win to one-time TT podium finisher David Johnson.

With his season now finished, Dunlop revealed on his social media channels that he was "Just off the work bench: sore, but all went good".

Dunlop did not disclose the details of his operation.