Hutchinson badly broke his left leg when he was struck after a crash during a British Supersport round at Silverstone in 2010, and re-broke it when he fell from his Tyco BMW during the 2017 Isle of Man Senior TT.

He underwent surgery this month to have a plate removed from the leg, and has been ruled out of upcoming Ulster GP, where he has tallied up nine victories so far in his career.

This will be the third season in succession Hutchinson has been absent from the Dundrod event, having pulled out of last year's race to prioritise recovering from his 2017 injury.

Honda's official team will not replace him, meaning David Johnson will be its sole Ulster GP representative.

In a largely fruitless TT for the official Honda squad, Johnson did give the team a podium in the Superstock race after he beat Michael Dunlop to secure his maiden rostrum at the event in third. 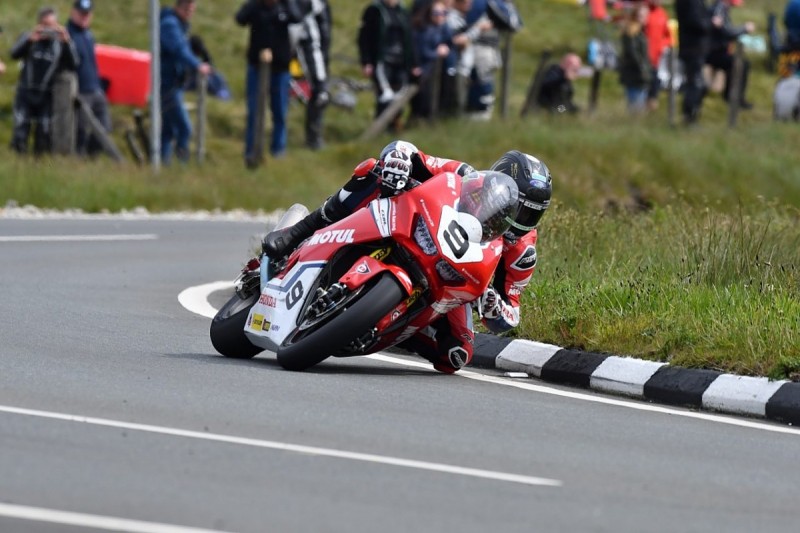 Johnson (pictured above) will contest the Superbike and STK events aboard the CBR1000RR Honda, and will run with the squad in the Supersport races as well.

Team manager Jonny Twelvetrees said he thinks Johnson's form at the TT, as well as his Ulster podium last year in Saturday's SBK race, means Honda can "have some success" in 2019.

"We've had a bit of a break since the TT and Davo [Johnson] has been back home in Australia so he's arriving to the Ulster relaxed and fresh," he said.

"He had such a good TT getting on the podium in the Superstock race, and with his podium at the Ulster last year, I think we can have some success next week.

"It's a shame that Ian won't be with us for the races, but I know he was keen to have his surgery as soon as possible in order to start his recovery and work back to where he was.

"I wish him all the best in his recovery."

Practice for the 2019 Ulster GP begins next Wednesday [August 7], with further sessions on Thursday before racing gets underway later in the day.

Racing concludes on Saturday with a packed seven-race schedule.