The Smiths BMW rider snatched top spot early on in the weather-affected session and set a lap of 3m23.022s before the session was red-flagged due to rain.

The five-time Isle of Man TT winner told Autosport that he "wasn't trying at all", and added that the advantage came from his experience of the Dundrod circuit.

"This morning I ended up nearly five seconds faster than anyone and I wasn't trying at all, I was just cruising," he said.

"The race will be a different story because you [can] be two or three seconds a lap faster than anyone, and you still won't get away from them, because with the slipstream they'll just come back to you in a straight line.

"So [horsepower] doesn't really matter too much here. To be honest, as long as you're in the front two or three rows, or even row four, you can still win the race.

"It's not an issue, but I'm fast out of the blocks because I know where I'm going.

"I know what I want from the bike. The bike felt good straight away. I'm fast."

Hickman confirmed to Autosport last month that the water leak issue that robbed him of a Senior TT victory had been identified. 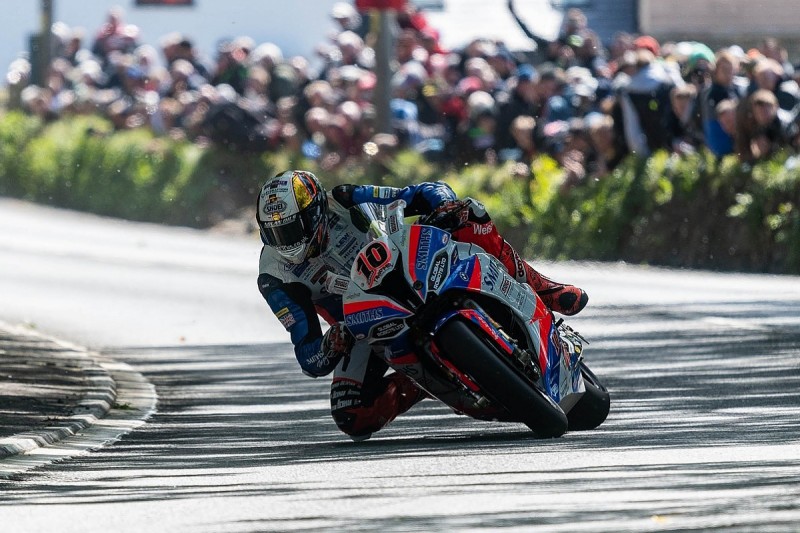 He added that he was confident it had been rectified.

Expanding on the cause of the issue, Hickman claims the team was not "necessarily doing anything wrong".

Hickman said that it was a case of trying things with the electronic settings on the SBK's package that the standard engine "probably couldn't take".

As the electronics package on the SBK-spec S1000RR differs from the Superstock version, the issue was harder to detect during the North West 200 and the TT as a result.

"It was nothing major at all, it was something that we were doing that nobody else had done particularly," added Hickman.

"It wasn't actually engine-specific - it was more electronic specific. It's just one of those things, you live and learn.

"We weren't necessarily doing anything wrong, but because of where we're at with the standard engine at the minute, it probably couldn't take what we were asking it to do, basically.

"That's the best way of describing it. Hence why the 'stocker' was fine, and the Superbike wasn't, because the electronics are different.

"So other than that, obviously we'll not really know until we get going, but then we've got it to do four laps of the TT - even the full race [distance] here wouldn't be four laps at the TT.

"So we'll soon find out, but I'm fairly confident it'll be fine."

Hickman is still unsure as to when the Smiths team will receive delivery of the full S1000RR race engine.