Multiple Isle of Man TT winner Ian Hutchinson will return to the TAS BMW squad for the 2020 road racing season, the team has revealed on Tuesday.

Hutchinson joined the TAS team back in 2016 on BMW machinery, securing victory in the Superstock race at that year's TT just days after taking an emotional win in the Supersport class - his first since suffering his horror leg injury in 2010.

He remained with the squad for 2017 and added two more big bike victories at the TT in the STK and in the Superbike class.

However, the week ended in disaster when he crashed during the Senior TT and re-broke his left leg.

For 2018 he switched to Honda, where he remained in 2019, though failed to register a podium in that time on the Fireblade.

Hutchinson returned to BMW machinery at last year's Macau Grand Prix under the Milwaukee by SMT banner and finished sixth in the red-flagged race.

Commenting on his return to TAS racing, 16-time TT winner Hutchinson said: "Putting this deal together with Philip [Neill] and SYNETIQ BMW to do the International Road Races is perfect for me really.

"I was secretly hoping that would be the case all winter if I'm honest.

"I had great success and a lot of fun the last time I rode the S1000RR for TAS Racing, and having prepared so well in January and February I'm ready to race when all this lockdown is over." 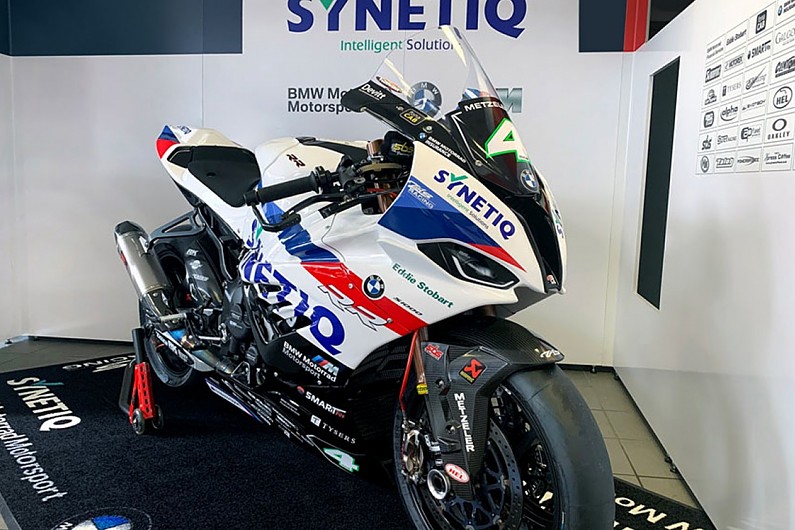 Team boss Philip Neil added: "I honestly thought our racing days with Ian had come to an end after our successful partnership through 2016/17.

"However, we are clearly delighted that Ian was not only available but extremely keen on a return to TAS Racing.

"People may differ in their opinions on the various riders but one thing everyone can agree on, is the utter determination shown by Hutchy time and time again.

"It never ceases to amaze me the amount of dedication and effort the man puts into his preparation for racing, and for that reason he is the perfect man to lead SYNETIQ BMW into this new chapter of our racing journey.

"We can only hope there is an opportunity available to celebrate the partnership during 2020."

The TAS team changed title sponsor in the winter to be rebranded as SYNETIQ TAS Racing.

He has since switched to Paul Bird Motorsport on a Ducati in the Superbike class.

At present, there will be no international road racing this year, after the North West 200 was indefinitely postponed and the TT was cancelled by the coronavirus pandemic.

The Ulster GP has also been cancelled due to a major financial crisis for the organisers.