Five-time Isle of Man TT winner Peter Hickman says he is "content" with his performance standing in for Markus Reiterberger at Donington Park in World Superbikes.

Hickman was due to race in the French SBK series with tyre manufacturer Dunlop's test team, but was allowed to return to the UK to make his second career WSBK appearance, after BMW's Reiterberger was forced to pull out with illness.

The road racing and British Superbike star qualified fourth and went onto finish seventh in a wet race one, and was 11th in the second feature race having been forced to retire from the sprint contest due to an engine failure.

"Seventh in the first race, I was content with," he told Autosport.

"If I'd had maybe a bit more time in wet conditions on the bike, then maybe I could have had a little bit more.

"But first race, first go on it, it's only the second day on it, a solid top 10 was really good.

"The Superpole race, I actually felt quite comfortable - although I got shuffled down the pack fairly quickly, I was just kind of getting block passed by everybody left, right and centre, got bullied a little bit.

"We're a little bit weak on the brakes, and everyone else can smell it I'm sure.

"So they just kind of hammered me, but after the race settled down after the first three laps, that group of four in front of me I started closing back in again, and I was just about to overtake [Marco] Melandri and it all went wrong [engine failure]. 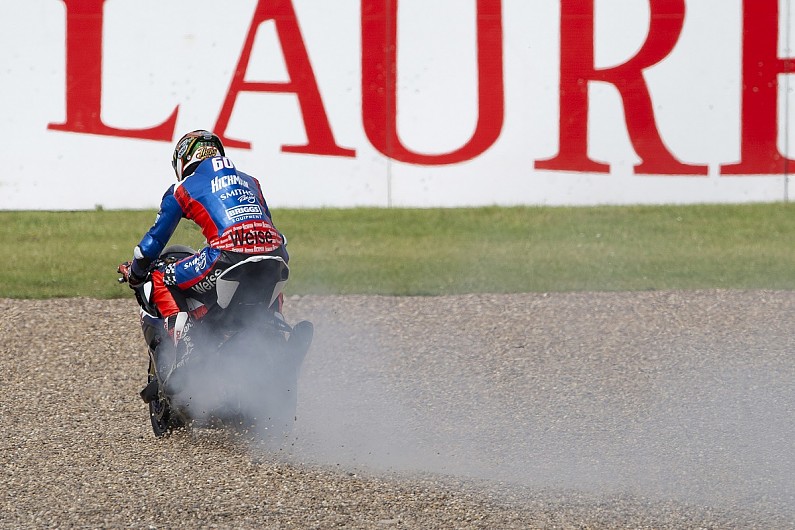 "Then we had to start quite far back on the grid for the last race of the day.

"I struggled with grip more than anything, I felt like I had some pace but just not quite enough to go with the kind of middle group.

"The front pack was always going to leave us, I was never under any illusion I was going to go with the front pack, but to be somewhere kind of the eighth to tenth mark was where my aim was, and we were just outside that in 11th.

"So happy enough, would like to have done a bit more. But overall, for a first weekend on the bike, I was content."

Using a different spec S1000RR on the roads, Hickman says riding the WSBK version allowed him to practice an approach similar to team-mate Tom Sykes, while also being able to study the 2013 world champion's data.

When asked what he could take from WSBK to his own racing exploits, he added: "Not so much the roads, but for BSB, more riding style for me and learning from Tom and looking at his data.

"How he attacks some of the corners and the way he approaches it is different.

"So it's something I've been practising this weekend, and hopefully I can practice some more over the next few months."