Dunlop led early in the race on the Paton, but was reeled in and passed by Coward at the end of the first lap - before responding on the final tour to notch up back-to-back LTW class victories.

Coward ensured Dunlop's advantage on the run to Glen Helen on the opening lap was just 2.4s, though the Paton rider opened this up by 1.6s by the time they reached Ramsey.

On the run over the mountain to the Bungalow, Coward had managed to cut Dunlop's lead to just 0.262s on his KW Electrical Kawasaki, and moved ahead of the time sheets by 0.7s as he completed the first lap.

Dunlop clawed back three tenths at Glen Helen, and was just 0.163s adrift of Coward by the time they reached Ballaugh Bridge.

At Ramsey, Dunlop had regained the lead, and led Coward by 1.4s as they started the climb over the mountain.

Dunlop maintained a gap of 1.2s over Coward to claim his first win of the week and his 19th overall, as well as the 50th for the Dunlop family. 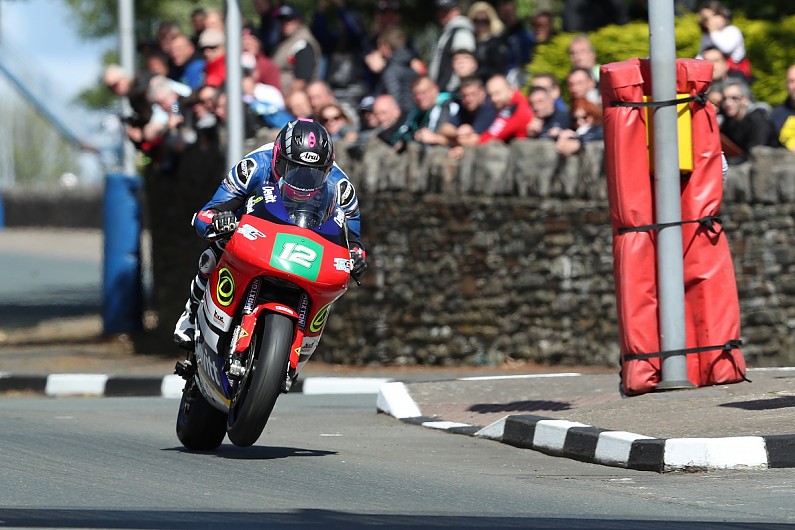 Paul Jordan was five seconds adrift of the podium in the end on the Devitt Racing machine, with Michael Rutter completing the top five on the Bathams-backed KMR bike.

Hickman was the only Norton runner to finish, after team-mates Davey Todd and John McGuinness retired on the opening lap.

In the Zero TT race, Michael Rutter eased to victory in the one-lap contest ahead of Mugen team-mate John McGuinness.

Rutter took the lead on the run to Glen Helen, and opened up his advantage to 8.5s at the chequered flag for his seventh TT victory - setting a new class lap record of 121.91mph in the process.

McGuinness claimed his 47th TT podium on his return to the event after an injury-forced two-year hiatus, while Ian Lougher took the Team Mirai Idaten X RE machine to the final podium place. 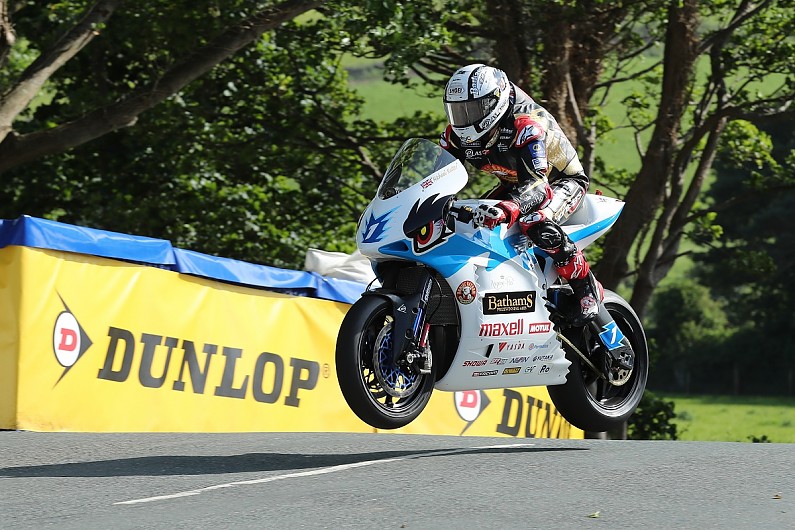