Peter Hickman is now considering running his Superbike in the Isle of Man Senior TT, having previously said he would race the hybrid BMW he won the SBK race with.

The Smiths Racing rider won Monday's SBK and Thursday's STK race on the all-new S1000RR, with the first of those victories coming after he opted to race a hybrid STK version of the bike having encountered a mystery issue with the SBK during last Sunday's practice.

But having topped a Senior qualifying session on Thursday morning on his SBK without issue, he is now uncertain if he will in fact run the hybrid bike in Friday's finale.

"I don't know, I didn't have a problem this morning and now I'm thinking 'do we want to run the Superbike, or do we want to make a hybrid again?'," he said when asked what bike he will race in the Senior.

"We've got another lap later [on Thursday], so we'll probably do another lap on the Superbike again and that will make the decision harder again I think, especially if we have another lap with no problems again."

Hickman admitted to Autosport the Smiths team's hand may be forced should his STK bike be stripped during scrutineering, which would leave it with no time to build the hybrid.

"It kind of depends a little bit as well if they kind of strip the thing to nothing after the Superstock race," he added.

"Because if they strip it all to bits - the scrutineers - for checking that might also force our hand a little bit into running the Superbike, because we're not going to be able to get it built back up for tomorrow." 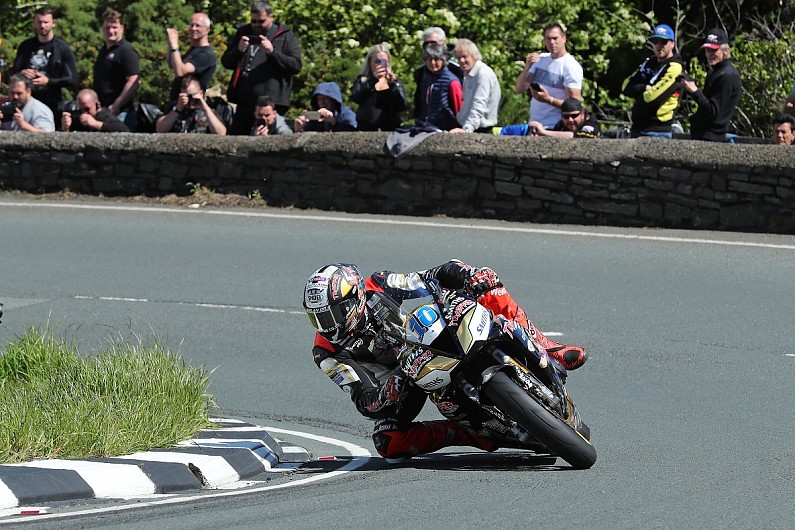 Hickman began Thursday by claiming his first win in the Supersport class, beating Dean Harrison by 3.3 seconds on the Trooper Beer Triumph.

The Smiths team has more backing from Triumph UK in 2019, which led to the British firm sourcing a brand-new K2 bike - now out of production - from America to replace the previous bike that it had been running since '15.

"Triumph UK actually sourced us a bike," he revealed.

"They haven't been making the bike for three or four years and they actually managed to find one in America and shipped it back for us so we could actually have a brand-new bike for this year, which we've not had before.

"The bike we've been using has been a 2015 bike, there was nothing wrong with it, it was just a bit tired.

"Whereas this bike is brand-new, so finally it just made that little bit of a difference to get on top of the box."