Saturday's race featured a sensational win for Kelly and the Nissan Motorsport outfit, just days after the brand announced its impending withdrawal from Supercars.

Kelly's win was deserved, but it did require a hint of good luck in the form of a well-timed safety car and a mistake from runaway race leader McLaughlin.

The Kiwi dominated the first 34 laps of the 120-kilometre race, only to have his advantage wiped out when Tim Blanchard ended up beached at Turn 4.

Cool conditions then made the restart after the safety car tricky for McLaughlin's leading Penske Ford, a little bobble through Turns 1 and 2 as the race resumed enough to let Kelly get his nose up the inside into Turn 3. 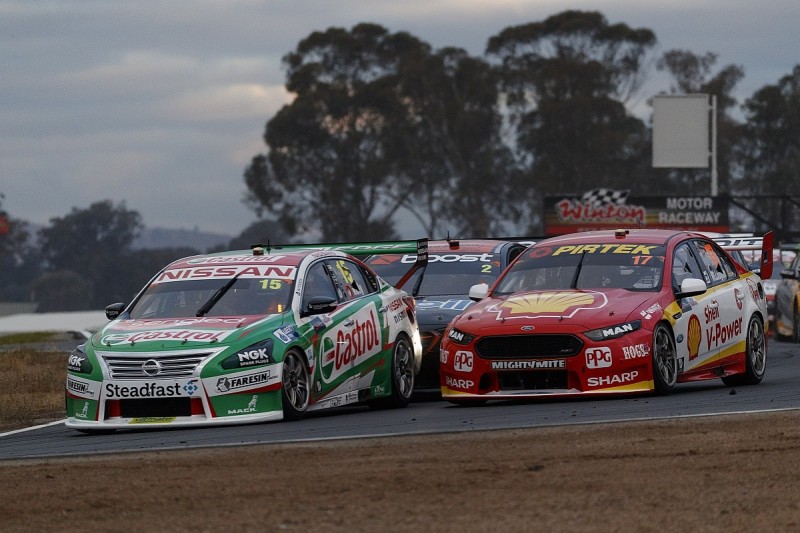 That was all the invitation the Nissan driver needed, with Kelly eventually holding off Scott Pye and Shane van Gisbergen - who were both on fresher rubber having gone for an overcut strategy with a late stop - to take his first win since 2011, as well as his first win in an Altima.

McLaughlin, meanwhile, was left licking his wounds after being shuffled back to fifth behind team-mate Coulthard on the restart lap.

Penske hit back on Sunday, but once again a mistake proved costly for McLaughlin. That time it was a particularly poor getaway from pole position, as McLaughlin dropped to eighth on lap one as Coulthard bolted into the lead from the outside of the front row.

With track position and plenty of pace, Coulthard (pictured below) was able to run a standard two-stop strategy to win his first race since August last year. 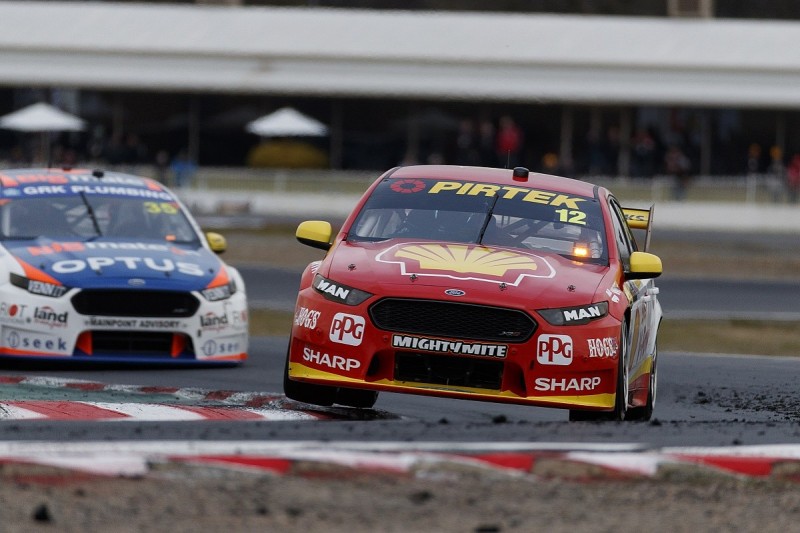 McLaughlin, however, had to get creative with strategy to make up for his poor start, diving into the lane on Lap 4 to help undercut his way back up the second, before holding onto that spot despite requiring a longer second stop thanks to a solid second stint.

But Penske was denied a one-two by van Gisbergen, who cleverly utilising the high grip and low degradation to run very long in the second stint.

He rejoined in third - and on the best tyre - after his second stop, which helped him barge past McLaughlin for second on Lap 50.

He finished down in 17th on Saturday, although a significant lack of the pace in the second stint was ultimately attributed to a broken sway bar.

On Sunday he fared better, coming home eighth, but still lost significant ground in the championship.

David Reynolds was another title contender to endure a tough event, with broken steering after a lap one run-in with Jack Le Brocq leaving him 25th on Saturday.

He then qualified last on Sunday - due to persistent steering issues, thought to be a hangover from the Saturday clash - and ultimately came home 16th.

McLaughlin's points advantage is now 131 over van Gisbergen, who made 27-point gain across the weekend in his Triple Eight Holden.

Craig Lowndes is third, 299 points behind McLaughlin, while Reynolds and Whincup are now both more than a round win behind the leader, with 318 and 364-point deficits respectively.