Holden driver James Courtney has been hospitalised following a freak, off-track incident during the first day of the V8 Supercars event at Sydney Motorsport Park

The 2010 champion was struck in the ribs by a piece of pitlane equipment that was dislodged during an entertainment session featuring a Navy helicopter flyover.

He was taken to Sydney's nearby Westmead Hospital for tests and then diagnosed with two fractured ribs and a pneumothorax - a pocket of air between his ribs and lungs.

"I think the Navy helicopter was hovering over pitlane and [the pilot] has probably come too close and created a bit of a downdraft and a bit of a swell," Walkinshaw Racing boss Adrian Burgess explained during the event telecast.

"A piece of debris has come across at [Courtney] and he put his arm up to cover his face as a natural reaction and it's hit his rib cage quite hard.

"He's stable, he's fine, he's not going to die on us but there is a bit of damage there."

Courtney will be kept in hospital for the weekend.

Jack Perkins - Courtney's co-driver for the upcoming Sandown, Bathurst and Gold Coast endurance races - drove the Commodore in the second practice session and will stay in the car for the rest of the event.

V8 Supercars has confirmed an investigation will take place and has cancelled all remaining air displays.

"I can't say more than maybe it is something that was going to happen at some point," Burgess added.

"We should have seen the writing on the wall. It's done.

"We are not going to blame anyone, we have just got to make sure we do the right thing by James and the preparation of the team for the weekend." 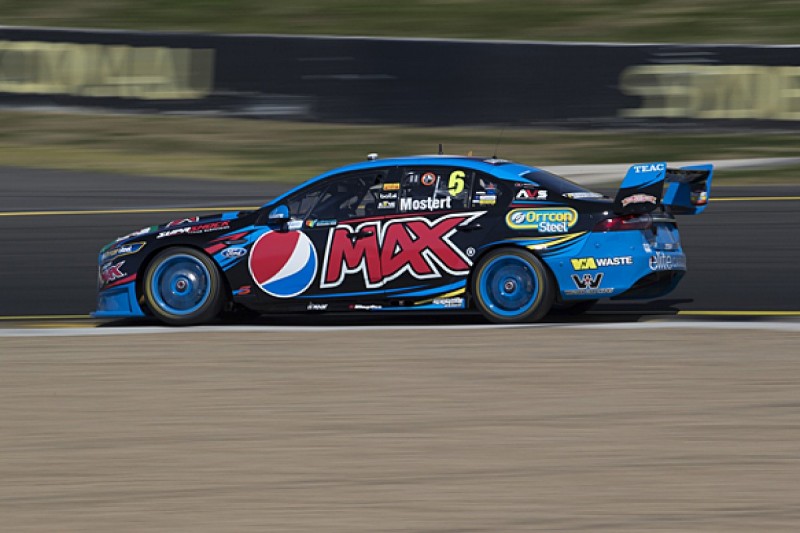