The Australian-based Supercars championship is hoping to add another Bathurst round to its calendar, using the slot as an event similar to the Goodwood Festival of Speed

Earlier this month, the Bathurst Regional Council confirmed a fifth annual event at the venue was possible and it opened to expressions of interest at the beginning of April.

Expressions of interest for a fifth annual event at the famous Bathurst circuit had to be submitted to the Council by 4pm local time (7am UK time) on Tuesday, with five proposals making the deadline.

Supercars is one key bidder, as it looks to add a third event to its Mount Panorama roster along with the Bathurst 12 Hour and the Bathurst 1000.

Autosport understands Supercars' proposal is a Festival of Speed-type event, similar to the one run each year at Goodwood in the UK.

That event makes use of the Goodwood Hillclimb, where a range of machinery is shown off, often to over 100,000 fans. 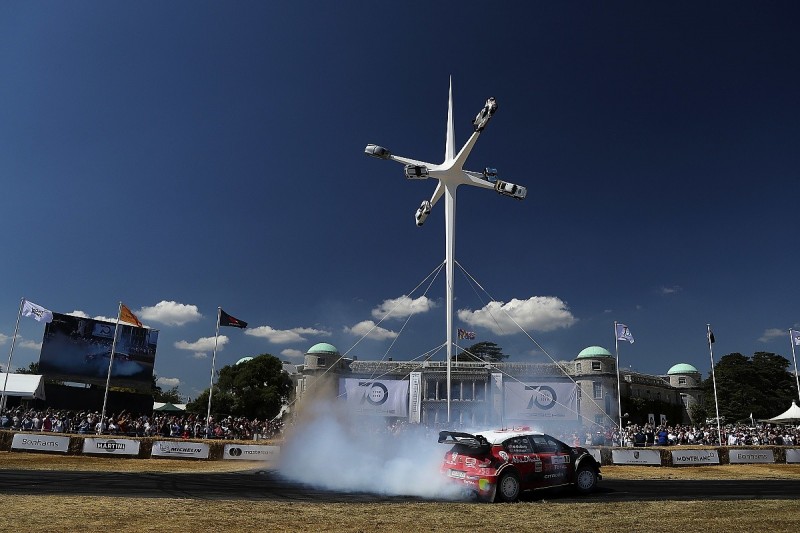 TCR Australia has also made a joint submission for the fifth Bathurst calendar slot with the Confederation of Australian Motor Sport, which could result in a long-distance TCR race on the Mount Panorama circuit.

The fifth bidder is 24 Hours of Lemons Australia Pty Ltd, an organiser of low-budget 24-hour races.

No international bidders were originally announced, although the council has since recognised a bid from the Creventic operation behind the 24H Series.

"It is heartening to see such a strong response to the EOI process and the level of excitement and interest that the Mount Panorama circuit continues to generate among the motor racing fraternity," said mayor Graeme Hanger.

"Council will now undertake assessment of the EOIs and is unable to make any further comment until this process is complete."