Roger Penske has reiterated his interest in a future V8 Supercars involvement, and says that sportscars could also be on his team's horizon

Penske has been linked to a possible V8 team since late last year, when both he and Team Penske president Tim Cindric made a number of trips to Australia to meet with V8 Supercars officials and representatives of teams including Dick Johnson Racing and Ford Performance Racing.

The team is already heavily invested in stock cars and IndyCar, and Penske said that he has very clear ideas about what forms any future expansion would take.

"I think that if we did anything [new] at some point, we'd like to get into the sportscar side," he said.

"Once we understand the rules that would be something we'd like to do. But with supporting Brad [Keselowski] on the Truck side, with Nationwide, and with IndyCar, I think we're full.

"We're potentially looking at Australia. As soon as you talk to them that's the first thing they want to know: 'Are you interested in V8 Supercars?'. So that might be something we do at some point."

While it has been reported that a Penske V8 entry could be up and running as early as next year, Penske stopped short of nominating a timeframe.

"We're just looking at it," he said. "Tim went to a couple of races, and I've talked to people. It's early." 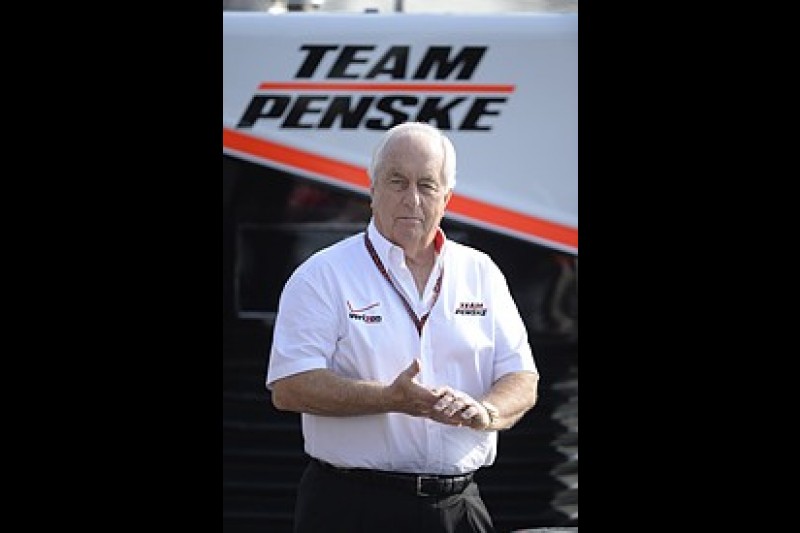 Penske said that one of his current concerns were the changes taking place in the Australian automotive landscape, where all three of the major manufacturers that currently build cars there have announced plans to close or reduce their operations.

Those closures, coupled with the Australian market's growing preference for smaller-engined vehicles, could have future ramifications for the V8 Supercars series.

Penske is hoping that it could also create an opportunity that he can capitalise upon.

"And you've got Mercedes in [V8 Supercars] now, Volvo is in, Nissan is in, so it's starting to open up. So it will be interesting to see whether there is an opportunity for us with some manufacturer."

Marcos Ambrose, who won two V8 titles with Stone Brothers Racing before switching to NASCAR, has been linked to Penske's V8 plans.