Brown has been proactive in facilitating deals outside of F1 for his drivers since joining McLaren as executive director, including allowing Vandoorne's team-mate Fernando Alonso to contest the Indianapolis 500 and Daytona 24 Hours.

Alonso will also compete in the Le Mans 24 Hours this year as part of a programme with Toyota in the World Endurance Championship.

Brown admitted that Vandoorne has expressed his interest in having a crack at the Bathurst 1000, but a complicating factor is the date.

The Mount Panorama race and the Japanese Grand Prix traditionally clashing at the end of the first week of October, as is the case this year.

Brown will miss the Suzuka race for Bathurst this year, but will not make the same allowance for Vandoorne.

"When we did Daytona, I said 'do you want to do another race?' And he [Vandoorne] said 'yeah I want to do Bathurst'," said Brown. "That was his race of choice. 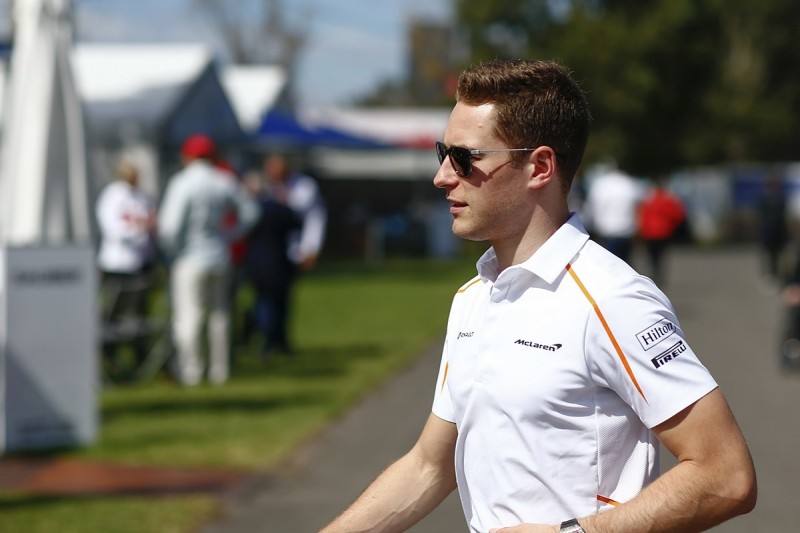 Vandoorne added that he would not contemplate trying to race at Bathurst this early in his grand prix career, but said an outing in the future was not out of the question.

"It's not something I'm specifically looking at. My focus remains 100% F1 and the most important [thing] is to succeed in F1," he said.

"In the future we'll see what opportunities arise and if it fits with our schedule, why not?

"I talk a lot with Zak because we're all freaks about motorsport and everything that has four wheels on it.

"Bathurst is a very cool race, I had a few friends racing there as well, so we'll see what the future holds."

Neither McLaren driver has sampled an Australian Supercar before, although Alonso came close to driving the 2011 Bathurst 1000 winner in Spain last year, before the car ran out of fuel.