Simona de Silvestro has confirmed she will stay at Nissan Motorsport for the 2019 Supercars season, ending speculation about her future

The Swiss star was linked to a move to Triple Eight for next season in the third car that will be vacated by Craig Lowndes at the end of 2018.

But talks with Triple Eight are understood to have fallen over in the lead-up to September's Sandown 500, which led to suggestions de Silvestro could leave the series altogether and return to Europe or the US.

But she has now confirmed she will stay put in Supercars with the Nissan Motorsport squad, which next year will revert to privateer status.

"I'm here for next year," de Silvestro told Autosport. "I have a contract with Nissan Motorsport, so that's the plan, to be with them for next year.

"There wasn't really much going on [elsewhere], it was jus a lot of talk. This is where I'm at and it's what I'm going to do next year."

The 2019 season will be the last of de Silvestro's initial three-year deal with Nissan Motorsport, although she was believed to have been able to exit the agreement had she wanted to thanks to Nissan ending its factory support.

De Silvestro said she plans on signing a fresh deal to stay beyond the end of 2019, which she will work on next year.

"Yeah, hopefully," she said, when asked if she wanted to sign a new contract somewhere in the series.

"I wouldn't have come to Australia if my plan wasn't to have a long career here. So that's the focus.

"Right now there is one more year on my contract, and then we'll have to start working on something during the year next year. Hopefully I can stay here and keep racing in Supercars." 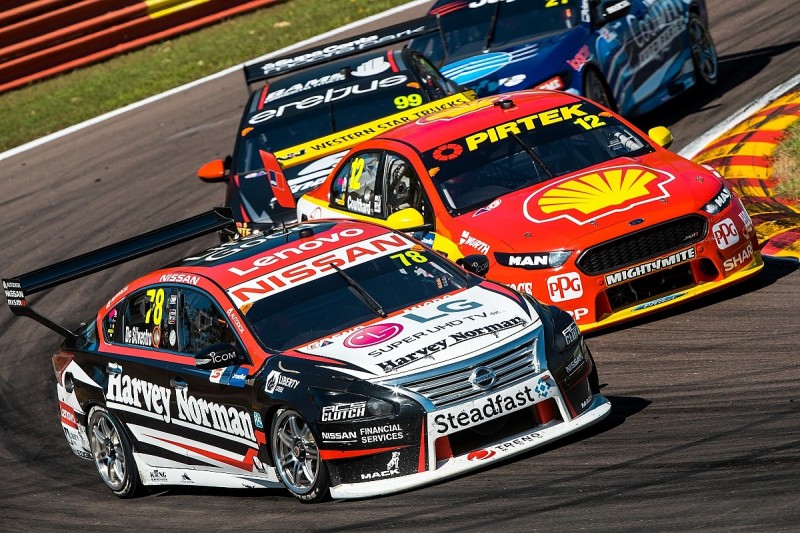 De Silvestro has faced a tough initiation in the Australian series, and has not recorded a top-10 finish in almost two seasons as full-timer.

But the ex-IndyCar drive said she is becoming more and more comfortable, in part thanks to a move from Melbourne to the Gold Coast earlier this year.

"It feels much better second time around," she said.

"I think being the second year here it feels more normal. In the first year everything is new and you're kind of always on the back foot. Living here [on the Gold Coast], it's quite nice.

"I'm starting to have a bit of a life outside of racing, which I've been able to build. That's a good thing."

De Silvestro and Rick Kelly are thought to be the only two drivers Nissan has locked in for 2019, with Michael Caruso out of contract and Andre Heimgartner on a single-year deal.

With Nissan's backing coming to an end, and the team committed to its four-car model, the two vacant seats are understood to be up for grabs.

Garry Jacobson and Alex Rullo - who shared with Kelly and de Silvestro respectively in the endurance races - have been linked with full-time seats.