Sacha Fenestraz is far from the first driver to have moved to Japan after running out of opportunities in Europe, and he won’t be the last either. But, after scoring his first win in Super Formula in June’s Sugo round, it’s safe to say that the move is working out.

Just a few short years ago, Fenestraz had been placed on the Renault F1 junior scheme scrapheap, his career hanging in the balance. And now he appears well-placed to challenge for his first Super Formula title, potentially even as early as this season.

Granted, Fenestraz needed until the midpoint of his third campaign to add himself to the Super Formula winners’ list. But doing so in his 14th start in Japan’s top single-seater series is broadly in line with the gaijin racers he’s trying to emulate: 2019 champion Nick Cassidy took 10 goes at it, 2011 conqueror Andre Lotterer needed 13, and 2010 title-winner Joao Paulo de Oliveira had to wait until his 19th start.

And that overlooks the gaping five-race hole Fenestraz has in his Super Formula CV for most of last year, which was the result of visa issues and Japan’s ultra-strict travel restrictions during the worst of the COVID-19 pandemic, which are only just loosening now.

Indeed, this chat with Fenestraz in Dubai airport – by complete accident, Autosport booked the same flight back to Europe as the subject of this interview – would have been unthinkable this time a year ago, when the now 22-year-old was able to do little more than wait to be allowed back into Japan. It was a wait that ended up taking the best part of nine painful months.

“Mileage-wise, I wouldn’t say I am a rookie, but I am fairly inexperienced,” Fenestraz reflects, also noting how his rookie campaign was plagued by on-track incidents not of his making and more than his fair share of mechanical problems.

“The 2020 season was almost a joke in terms of everything that happened; I think I only had one race with no issues. It was pure bad luck all season. And in 2021 I couldn’t enter Japan until the last two races. If I look at the whole picture, it’s a great result and I’m happy, but maybe some people from the outside say, ‘Oh, Sacha has been in Japan for three years and only just won a race’. It can look like that, but when you know what you went through, it’s pretty cool.” 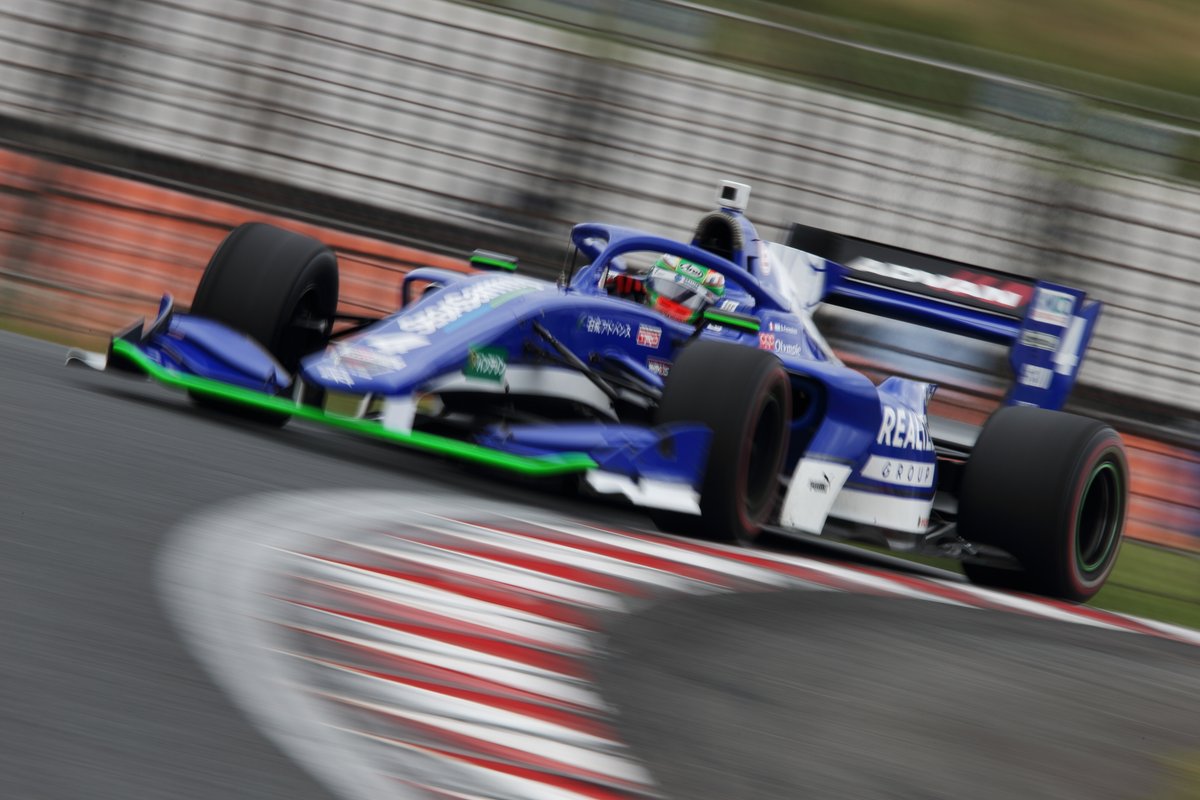 From the start of 2022, things were looking up not only for Fenestraz but the Kondo Racing camp in general, including his team-mate Kenta Yamashita. All of the Toyota teams have been enjoying more competitiveness against their Honda-powered rivals thanks to an upturn in engine performance this year, but for Kondo the difference from 2021 – when it toiled to a miserable ninth in the teams’ standings – is especially stark. A lot of that can be attributed to Fenestraz simply being there from the start, because Yamashita was missing a team-mate that could push him forward for most of last year.

“It’s not just because I’m back, but it’s maybe one of the reasons, because me and Kenta can push each other a lot,” says the Franco-Argentinian. “Kenta didn’t have that last year, because the person replacing me [Yuichi Nakayama] didn’t have the same speed, so Kenta didn’t have anything to compare himself to. And I feel like Kenta is the sort of driver who needs someone to be fighting against to push himself more. Also the team has more motivation and they know the combination between Kenta and I can be really strong.

“It’s also partly down to me making a lot of meetings between races and pushing the team to share more information. In 2020, it felt like two one-car teams; the engineers didn’t share anything between them. I really tried to change that.

"I understand the Japanese engineers have a lot of respect for each other and they try not to copy each other, but if we want to fight for the championship, we need to work as a team and share information – otherwise why have two cars? I’ve been pushing for that and it is slowly changing. All of that together helps, and it’s these small things that make a big difference in the long run.”

Where Fenestraz’s career goes from here is an interesting question. He could end up like 2019 Super Formula champion Cassidy and simply up sticks whenever a better opportunity presents itself, and as a reserve driver for Jaguar in Formula E (he was first to drive the British marque’s Gen3 car in testing), following Cassidy into the all-electric series would appear to be the most obvious alternative to what he’s doing now

For any European driver heading to Japan, the language barrier is an inevitable complication, but this can be more or less of a problem depending which team you drive for. At a team like TOM’S, where many of the staff speak English, things will be easier than they are at somewhere like Kondo, where Fenestraz has had to struggle communicating with his race engineer Takuji Murata, who doesn’t really speak English at all, since last year.

Fenestraz made a serious effort to learn the local lingo in his debut season, but during his exile last year it was understandable that his zest for studying Japanese dwindled. Help arrived at the start of 2022 in the form of Japanese racing veteran Michael Krumm, who is able to act as a bridge and allow Fenestraz to focus on what really matters: driving.

“With Michael, I can talk completely openly, whereas before I could only use ‘easy’ words,” he explains. “Now I don’t have to worry about the guy not understanding and Michael just translates everything into Japanese. Actually, it was [TOM’S owner Nobuhide] Tachi who proposed it. We have a great relationship, so when I told him I needed someone to translate, even if it’s for a different team, he arranged it with Kondo and helped me out.” 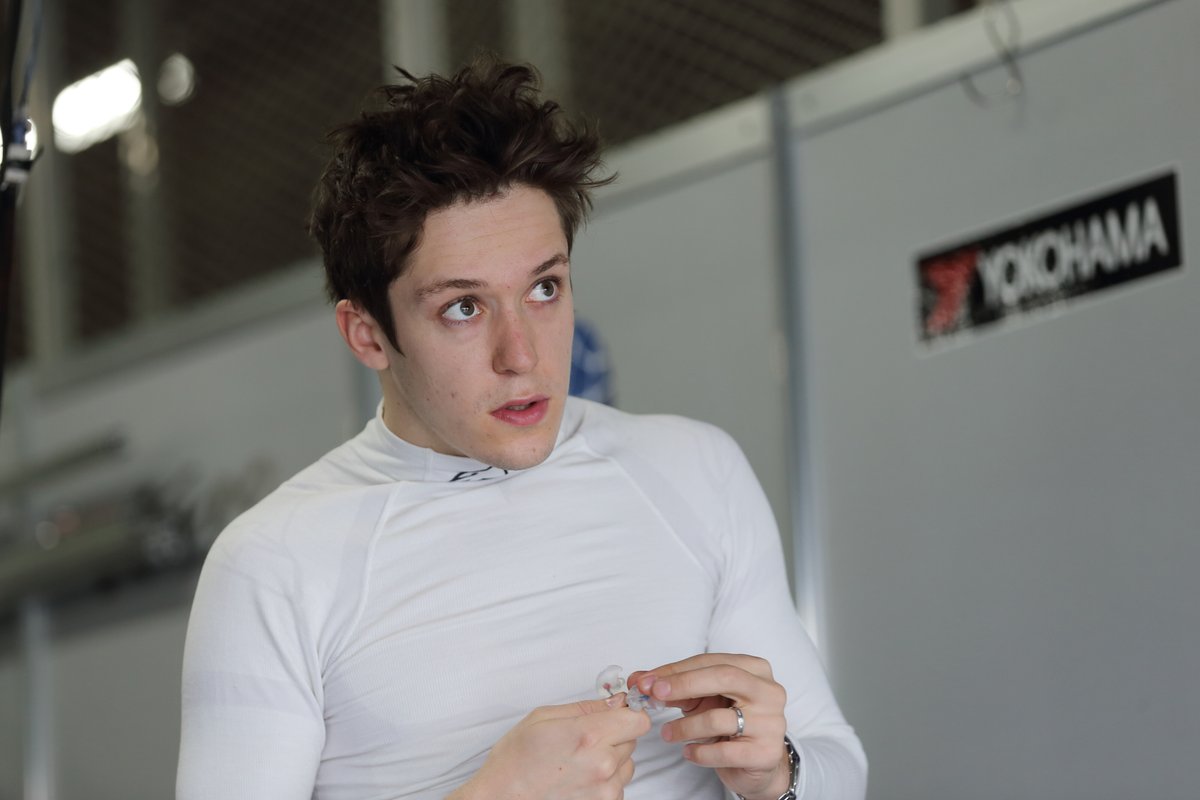 Where Fenestraz’s career goes from here is an interesting question. He could end up like 2019 Super Formula champion Cassidy and simply up sticks whenever a better opportunity presents itself, and as a reserve driver for Jaguar in Formula E (he was first to drive the British marque’s Gen3 car in testing), following Cassidy into the all-electric series would appear to be the most obvious alternative to what he’s doing now. But Fenestraz insists he wouldn’t simply go for the money, and would only consider driving for a proven top team.

With that in mind, Fenestraz also has the chance to establish himself as a more permanent fixture on the Japanese scene in the mould of Lotterer, Loic Duval or Benoit Treluyer, all of whom won titles in both Super Formula and Super GT before being picked up to race in the FIA World Endurance Championship by Audi. Fenestraz, indeed, is also now an established part of the TOM’S line-up in Super GT, and has scored six podiums since 2020. Considering endurance racing’s forthcoming boom, it’s certainly possible that Fenestraz’s career could unfold in similar fashion.

But all of that is in the future. For now, there’s the question of a title to go out and win, although following an unfortunate crash in the recent sixth round at Fuji the gap to championship leader Tomoki Nojiri stands at a daunting 36 points with four races left.

Fenestraz is reminded that, if he overcomes the odds and beats Nojiri, he’d become Kondo Racing’s first ever Super Formula drivers’ champion. He hesitates before responding: “I never thought about that… My heart is beating faster now that you mention it! That would be amazing. It’s crazy to think we have a chance, but that’s the reality. I want to keep pushing the team a lot, because it’s working well, everyone is pushing in the right direction. If we don’t have any more mechanical issues, I think we do have a shot at it. It’s exciting!” 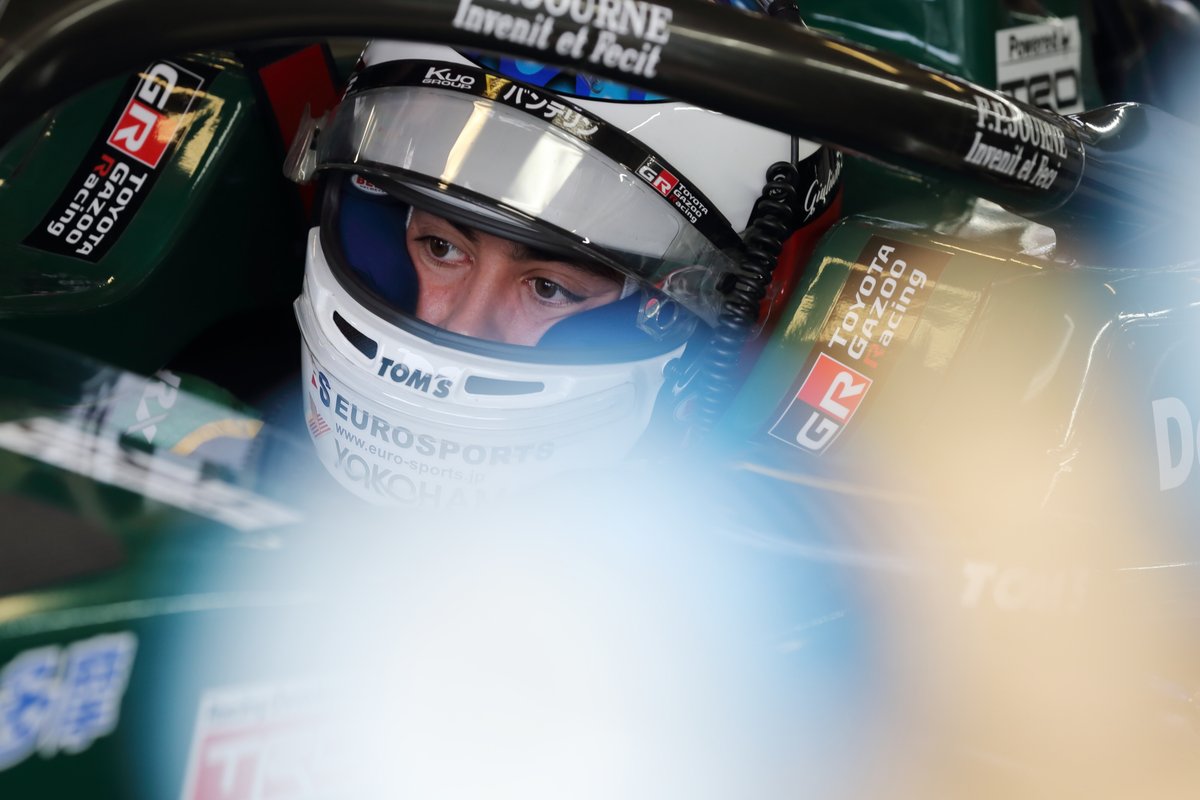 Alesi's struggles to turn things around

If the season so far has been a good one for Fenestraz, it’s been a nightmare for the only other non-Japanese driver on the Super Formula grid this year: Giuliano Alesi.

It was last year when Alesi moved to Japan after being spat out by the Formula 1 support paddock, with TOM’S offering him a drive in the second-tier Super Formula Lights series. With COVID keeping Toyota WEC star Kazuki Nakajima away from the paddock for most of the year, Alesi also made five starts in the top category with the Toyota squad, notably winning in just his second Super Formula start in torrential conditions at Autopolis.

That rain-soaked day in Kyushu must now feel like the most distant of memories given how this year has gone so far. In six races, Alesi has mustered just a single points finish of eighth, and has been comprehensively outperformed by team-mate Ritomo Miyata.

Alesi’s race engineer Kenta Odachi explained earlier this year that his driver was pursuing a very different set-up path to Miyata, based on his tendency to brake very late and aggressively – a habit picked up driving the much heavier F2 car. Given Miyata has qualified in the top four for every dry race this year, and Alesi’s best grid slot is ninth, it’s probably time that the son of F1 cult idol Jean made a bigger effort to adapt his driving.

Relations between Alesi and TOM’S are said to be strained, not helped by the Frenchman’s struggles upon his step up to Super GT’s top GT500 class. Only a big result in the final two double-header weekends of the season at Motegi and Suzuka can ease the pressure. 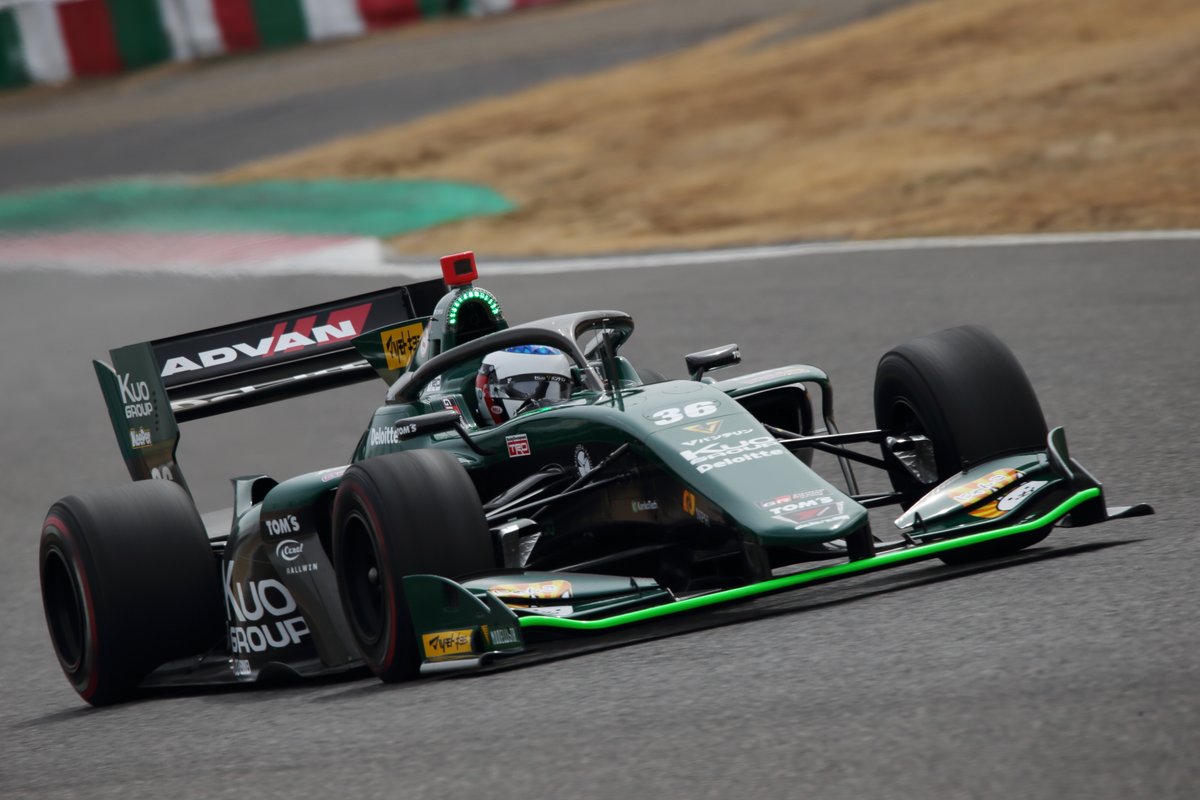