Giuliano Alesi scored his maiden pole in only his second weekend as a Super Formula driver during a wet, crash-strewn qualifying session for this weekend's Autopolis round.

In his second outing standing in for the absent Kazuki Nakajima, Alesi mastered the treacherous conditions to lead an all-TOM'S front row ahead of Ritomo Miyata in a session interrupted by no fewer than four red flags.

Persistent rain throughout the day at the Oita Prefecture track prompted organisers to abandon the knockout qualifying format and instead hold a single 40-minute session to determine the grid.

This was due to begin at 2.50pm local time, but the inclement weather forced a series of delays, with action getting underway 45 minutes behind schedule.

A crash for Rookie Racing driver Kazuya Oshima exiting the long Turn 8/9 left hander brought out the red flags after just five minutes of running, and there were further interruptions when Kondo Racing's Yuichi Nakayama spun and was unable to get going again, and then when Nirei Fukuzumi (Dandelion Racing) suffered a crash at Turn 17.

Toshiki Oyu then brought proceedings to a halt for a fourth time with a crash at the same spot as Oshima, although the Nakajima Racing driver's collision was less severe and he was able to get back to the pits unaided with a heavily-damaged front-right wheel.

The session resumed with 15 minutes left on the clock, but the deteriorating weather in the interim meant there no improvements thereafter. 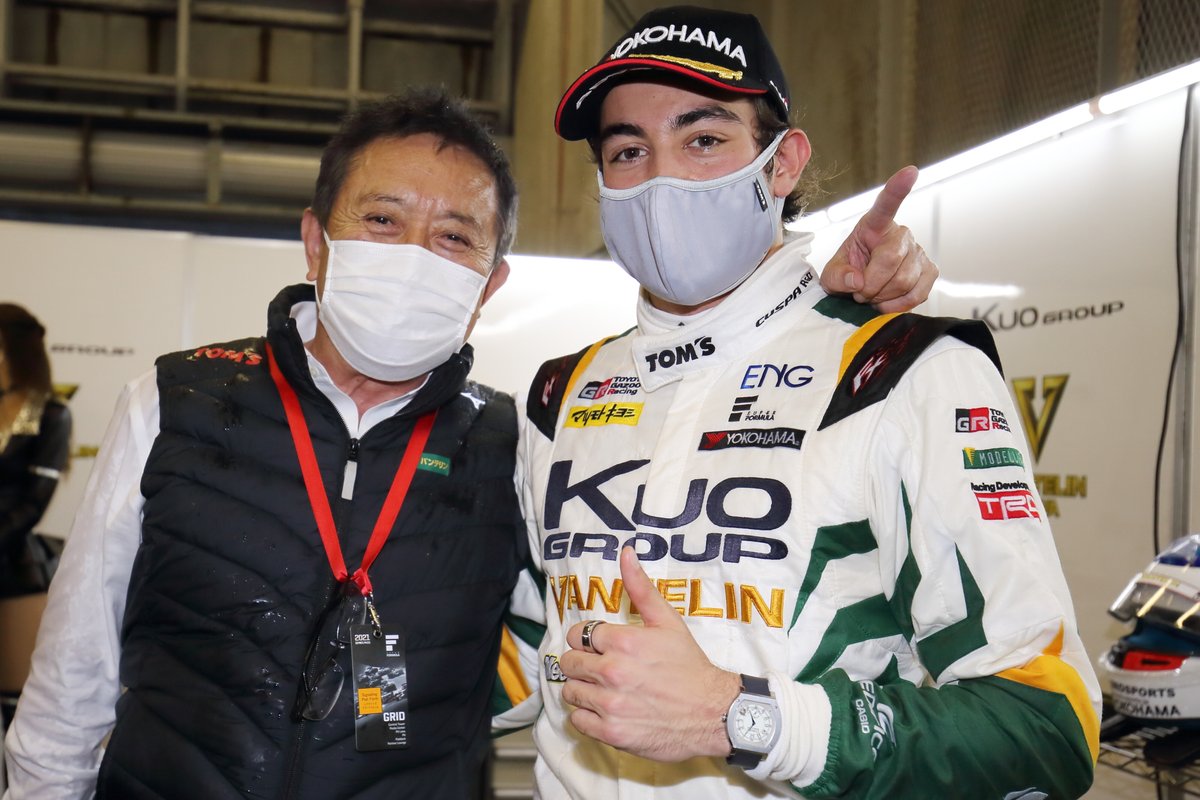 Behind the two TOM'S cars, Inging rookie Sena Sakaguchi was third-fastest, 0.259s off the pace, while 2019 Autopolis winner Yuhi Sekiguchi ended up fourth for Impul.

Points leader and defending Autopolis winner Tomoki Nojiri (Mugen) was the best of the Honda runners in seventh place, almost a second off the pace.

Reigning champion Naoki Yamamoto had another qualifying session to forget for Nakajima Racing and will start Sunday's race down in 12th place, one place ahead of B-Max Racing's Nobuharu Matsushita.

The four drivers that caused red flags were all stripped of their times, and will fill out places 16 through 19 on the grid.