Giuliano Alesi claimed his maiden Super Formula victory in a rain-shortened race at Autopolis on Sunday, as points leader Tomoki Nojiri charged from outside the top 10 to fifth.

Having qualified on pole position in a tricky wet weather qualifying on Saturday, Alesi led all 13 completed laps of the 42-lap contest to claim the TOM’S team first victory since last season’s Sugo round.

It was only the second outing in Super Formula for Alesi, who was again substituting for Kazuki Nakajima following the ex-Formula 1 driver’s trip to Spa for the opening round of the FIA World Endurance Championship season.

Multiple F2 race winner Nobuharu Matsushita took full advantage of the chaos that ensued on the opening lap to jump from 13th to third, and then secured a career-best second after Yuhi Sekiguchi ran wide at the final corner moments just as the race was about to resume after a prolonged safety car period.

Alesi’s teammate Ritomo Miyata dropped down the order in the opening laps after qualifying second but recovered to finish fourth behind the Inging car of Sena Sakaguchi, and just ahead of a charging Nojiri.

Mugen driver Nojiri dropped outside of the points positions on the first lap but rapidly moved through the field between the two safety car interruptions, with the highlight being a triple pass on Kazuto Kotaka, Toshiki Oyu and the struggling Sekiguchi. 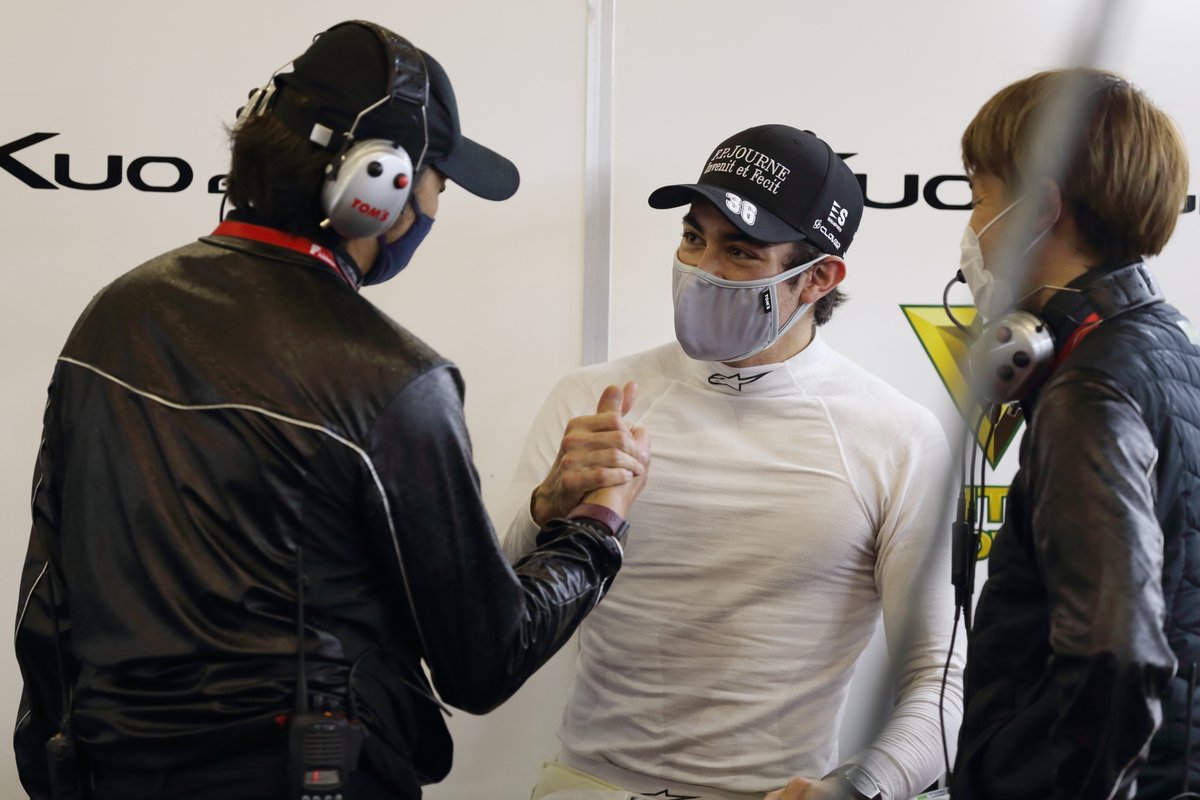 He was eventually classified fifth, ahead of teammate Hiroki Otsu in the Red Bull-branded Mugen car.
Oyu finished seventh for Nakajima Racing, while Kazuya Oshima - who crashed heavily in qualifying - rose from 16th on the grid to finish eighth.

Nirei Fukuzumi (Dandelion) was likewise given a five-second penalty, dropping him to 12th.

With less than 75% of the race completed, only half points were awarded to drivers finishing first to tenth, with Alesi bagging 10 points on top of the three he scored for claiming pole on Saturday.

Both last year’s runner-up Ryo Hirakawa and Sho Tsuboi retired after spinning on their own at Turn 1 on the opening lap, prompting the first safety car deployment of the day.

A second safety car was called on lap 11 as the rain and fog worsened, before the race was red flagged on the following tour.

The organisers waited for more than half an hour for conditions to improve and the race was provisionally supposed to resume at 16:20 local time, only for it to be delayed again.

Finally, at 16:30 a decision was made to not resume the race, and with less than 75% of the planned distance completed, only half points were awarded.

That means Nojiri continues to lead the championship with 48 points ahead of Hirakawa (23) and Oyu (21).