Supercars champion Rick Kelly has taken to social media in a bid to fast-track his learning about sim racing ahead of the 10-round Supercars Eseries beginning on April 8.

Two-time Bathurst 1000 winner and 2006 series champion Kelly and the rest of the real-life Supercars drivers have all signed on for the virtual racing championship, arranged by Supercars to fill the void caused by the coronavirus pandemic.

While there are some experienced sim racers among the Supercars regulars, 37-year-old Kelly admits he is not one of them.

The Kelly Racing driver doesn't own a simulator, so is currently embarking on a build project and has called on sim experts to help out with through his Facebook page. "HELP!" he wrote.

"I'm going to need to build me a race car that doesn't move, what gear do I need?

"If you know your stuff comment below or send me a message because I've got no f&@king idea what I'm doing."

Expanding on his lack of sim knowledge, Kelly admitted that not only does he not own a sim, he's never really used one.

Like seven-time champion Jamie Whincup, who admitted that the "young blokes have the advantage here", Kelly is keeping his expectations for the Eseries realistic and is focusing more on having fun than on success.

"I've never actually used a sim before, I don't own one, I'm a bit old school like that," he said.

"So we might have to build one bush mechanics-style over the next few weeks, which will be fun.

"The Eseries is going to be an interesting challenge for myself and some of the other drivers that have little or no experience at all with sim racing.

"My aim is to just have some fun with it, there's not much chance of me being competitive with some of the other guys that have been doing this stuff for years, so we want to just go out have some fun, show the fans what's involved in sim racing and get them involved in this as much as possible. 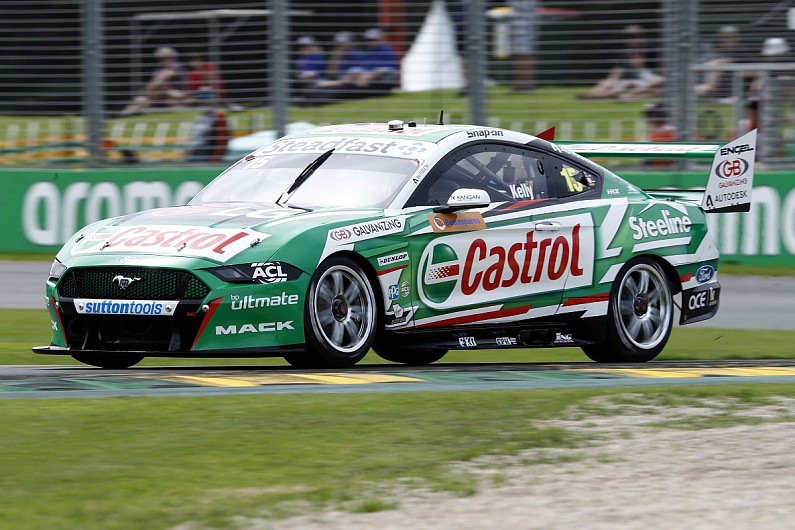 "Obviously there are a lot of people doing it tough at the moment with everything that's going on so hopefully we can provide them with some entertainment, give them a laugh and a bit of a distraction from all of the negativity.

"Hopefully all of our fans can come on the journey with us and get behind the Eseries and support the sport."

The simulator project follows an intense off-season for the Kelly Racing squad, which worked largely around the clock to build to Ford Mustangs for the 2020 season.