Supercars has confirmed plans to use Esports to fill the gap in racing, after its next three rounds have been postponed due to the coronavirus pandemic.

The category made the decision to postpone the Tasmania, New Zealand and Perth rounds on Tuesday evening, that news communicated to teams and partners across last night and this morning before being formally announced.

According to a statement by series CEO Sean Seamer, postponing events emerged as the preferred option over a 'behind closed doors' scenario.

He also says the priority is to still deliver a full, 14-round series.

"We have been working diligently to assess all available options to ensure continuity of the series," the statement read.

"Obviously, the situation is evolving, but we acknowledge the need to act decisively with the information we have at hand.

"Our sport is a visceral experience and rather than run without crowds, we have decided, along with our key broadcast and government partners, to delay any further racing until June.

"Tasmania, Auckland and Perth events will all be postponed until later in the year, not cancelled. 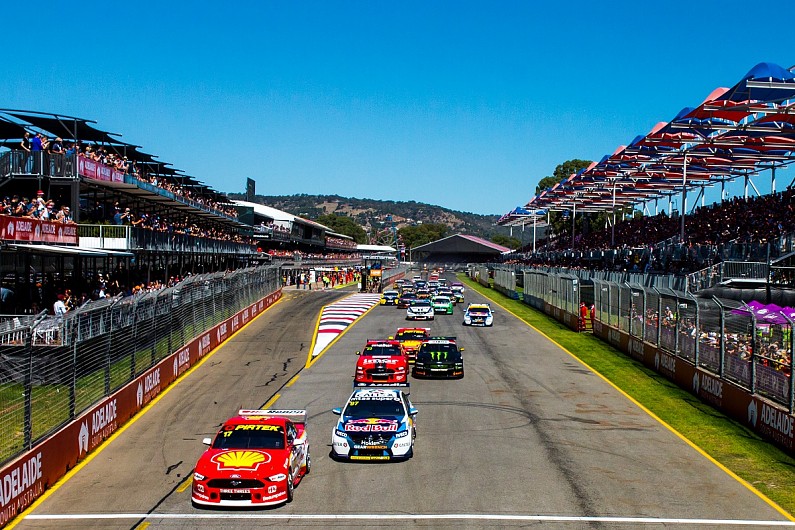 "Fortunately, our calendar this year enables us to do this.

"Supercars' priority is to deliver the 14-round 2020 championship for our fans and partners, irrespective of the dates.

"Bathurst will obviously proceed on its scheduled date. We have a plan for how we can make that happen and will begin discussions with all of our stakeholders over the coming days to lock this in.

"We anticipate that we will be able to formalise and communicate this plan within the next few weeks."

In the meantime the series is encouraging teams and drivers to take part in a sim racing series, while the airing of the much-anticipated Erebus documentary will also be used to fill the gap.

"We are unique and fortunate in that we are able to simulate our racing via eSports," Seamer added.

"So, between now and late June, Supercars will host, via Twitch, Fox Sports and Kayo, an eSeries Championship where fans will get to see our stars battle it out in a virtual world while we wait to go racing again for real.

"Our new annual behind the scenes Docuseries, The Inside Line - A Season with Erebus Motorsport, will ensure that, in conjunction with our eSeries, Supercars and its stars stay in our fans' living rooms over the coming days and weeks.

"Eight episodes of this series will be available from March 30th on Foxtel, Fox Sports and Kayo."