Supercars doesn't want testing to take place during the coronavirus-induced suspension in a bid to help both teams and the series clear 'leave balances' with staff.

The category confirmed today that its next three rounds have been postponed, with the Tasmania, New Zealand and Perth rounds set to be run later in the season.

The plan is for the season to resume at Winton on the first weekend in June.

While the series is working on a number of initiatives to fill the gap, teams are unlikely to be able to undergo real-world testing.

According to Supercars CEO Sean Seamer, a restriction on track action will be put in place to help teams avoid unnecessary spending, and make use of the time to help staff take leave.

"[The break] gives us an opportunity, particularly at a series level, to clear out a lot of the leave balances we've got," he told Autosport.

"Everybody travels a lot and works very hard. So we'll be focussed on that over this period of time.

"We'll also acknowledge that we don't want people testing and spending money, so there won't be any testing going on." 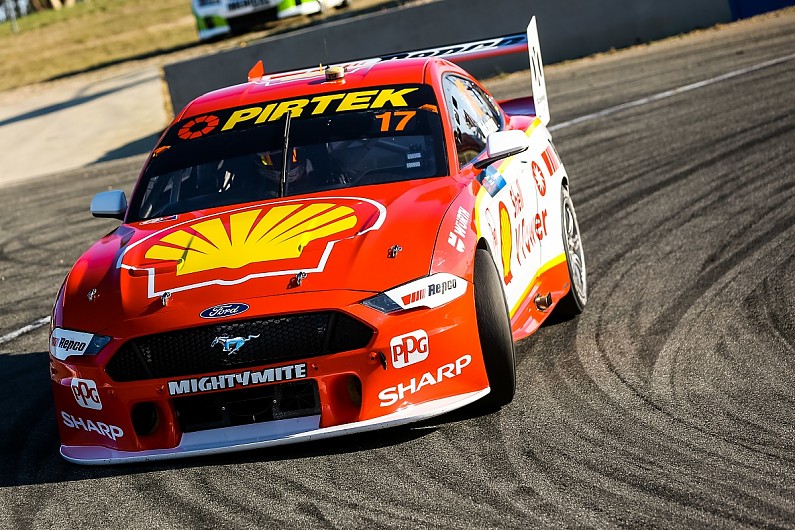 Teams have currently used one of their three allocated test days, thanks to the mandatory pre-season hit-out at The Bend.

The COVID-19 situation will also impact critical talks over a fresh TV deal, as the clock ticks on the current agreement that expires at the end of this season.

When asked if those talks are likely to be benched for the time being, Seamer said: "Yeah. Our priority right now is the shape of the championship and getting the 14 rounds away."

Seamer added that it's a similar situation regarding the potential expedition of the Gen3 technical regulations following the demise of Holden.

"Look, right now our Gen3 team will continue to work on Gen3," he said.

"But our focus is squarely on making sure we can deliver the championship this year."