Supercars is likely to make a permanent shift away from its four-door sedan roots under its Gen3 regulations, with a focus on two-door sportscars instead.

The current Gen2 regulations are the first of the Supercars era to allow two-door cars, the Ford Mustang being the first example in 2019.

However the current control chassis is still better suited to a four-door body shape in terms of its dimensions.

That is very likely to change under the 2022 Gen3 regulations, though, with series CEO Sean Seamer hinting that two-door performance cars will be the template.

The move represents a changed automotive landscape, with even manufacturers traditionally dedicated to sedans, such as Holden, now focussed on SUVs.

"The Gen3 [regulations] will be driven in a large part by the direction the manufacturers are going, because it's about maintaining and ensuring we've got market relevance.

"What the cars look like, we haven't arrived at yet." 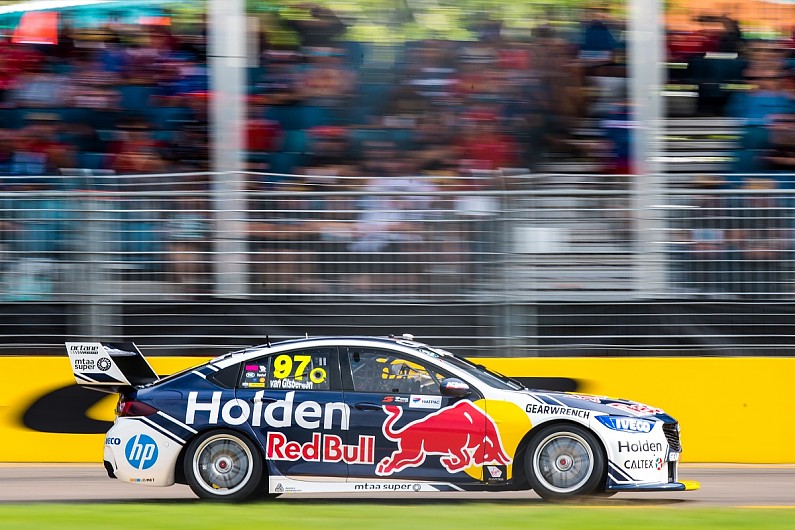 When further pressed on the whether, for example, something like a Corvette might fit under the Gen3 rules Seamer added: "From what we're able to see from manufacturer road maps, two-door sportscars - obviously the Mustang is the first of which - will be a core part of our DNA."

Seamer says Holden, which has committed to racing the Commodore until the end of 2021 despite the manufacturer's plans to dump the road car from showrooms, is active in Gen3 discussions - a positive sign that it may extend its factory backing into the new era.

"They're very much feeding into and supporting that Gen3 process," he said.

"We had an OEM [manufacturers] council meeting in December and we gave an update on where we're heading with Gen3.

"They're very much involved in the Gen3 process and remain committed to it.

"I think that General Motors, from what we've been able to ascertain, will still be building performance cars in some way, shape or form.

"I think they'll have performance cars they'll be marketing here."

With the Commodore extremely unlikely to continue in Supercars beyond 2021, and Holden equally unlikely to want to commit to another Gen2 car short-term, 2022 is a hard deadline for Gen3 if it is to stay involved.

According to Seamer, having the regulations ready for 2022 will be tough, but the series is committed to getting it done.

"We've got an outline of the key principles, we've got a timeline that we're working towards, we're going to shortly announce the appointment of a project engineer that will be working on that with [marketing boss] John [Casey] and [Head of Motorsport] Adrian [Burgess].

"We've got a schedule of meetings for the next year that line up with Commission meetings so that the committee that are working on Gen3 can feed into it.

"It's tight, we've got a lot of work to do. But it works for both our existing manufacturers, and it links with other discussions and other technologies that we're looking at."