Penalising DJR Team Penske with monetary fines for its Bathurst breaches is "a waste of time" according to Triple Eight boss Roland Dane.

DJRTP has now racked up an extraordinary $280,000 worth of fines from Bathurst-related penalties, starting with a record-breaking $250,000 ($100,000 suspended) for the go-slow order given to Fabian Coulthard.

The team was then slapped with another $30,000 after the engine used by Scott McLaughlin during practice and qualifying was found to exceed the maximum allowable valve lift during post-race checks.

In both cases, Confederation of Australian Motor Sport officials decided against changing the race result, McLaughlin and Alex Premat retaining their Bathurst 1000 crown.

The focus on fines hasn't gone down well with Triple Eight boss Dane, however, who says Penske's financial firepower renders them useless.

"To be honest, any penalty that fines that team is a waste of time," he said.

"They've got more money than the rest of us put together and the only thing that I think they'll understand in that team is points and exclusions.

"But it is what it is. We have an independent judiciary and it's up to them, not up to me."

When asked if the series should move away from financial penalties as a general rule, Dane added: "No, I mean, the monetary penalties been applied in the past mean something.

"The average team up and down here can't afford to have a $5000 fine. It's all a matter of what you can afford, and clearly they can afford a lot more than anyone else.

"One of their engineers was even bragging about it at Bathurst, about the Tailem Bend fine a year before, the fact that it didn't really mean anything to them.

"For the rest of us, who operate on a very different basis, monetary fines can still mean something.

"The last few weeks have been exceedingly unpleasant for the championship." 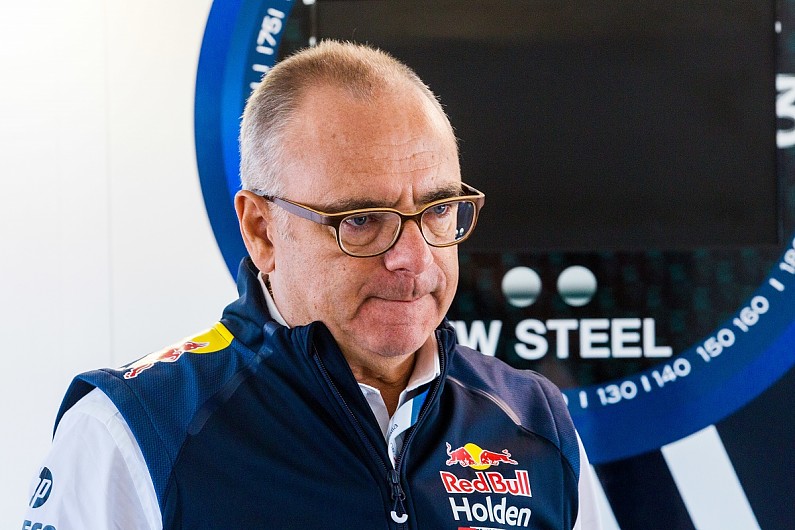 Dane wasn't the only rival team boss to question the severity of the engine-related penalty.

"It's very easy to draw a conclusion quickly, but my initial reaction is I don't think the penalty's hard enough," Brad Jones told Fox Sports.

"They've checked the race engine and it was fine so when you put it together with the other thing that happened, it's not good."

Ryan Walkinshaw, meanwhile, expressed concern as to what affect the controversies may have on the Supercars fan base.

"It's a shame and it's unfair on the fans because there's more controversy around what's supposed to be our most valued asset - the Bathurst 1000," he said.

"To have another issue that's come out of the behaviour of that team, I just think it's unfair on the fans.

"We want to be able to go and race there, race clean, race fair and everyone expects the same thing.

"I just hope that for next year a lot of these things are ironed out and all the teams behave themselves in the correct way, so we don't have this sort of nonsense going on again.