TCR Australia promoter Australian Racing Group has beaten Supercars to the right to host a new event at Bathurst.

ARG, which also promotes S5000, and Supercars were left as the last two bidders for what has been dubbed the 'fifth Bathurst event', sitting alongside the Bathurst 1000, Bathurst 12 Hour, Bathurst 6 Hour and Challenge Bathurst.

The Bathurst Regional Council last night staged its final vote, with ARG named as the winner of the tender.

It is widely expected that the new event set for December 2020 will be a 500-kilometre international TCR race as its centrepiece, with S5000 and LMP3 racing expected to support it.

Supercars was said to be planning a Goodwood Festival of Speed-style moving motor show and hillclimb event, running alongside its Bathurst 12 Hour GT race, pictured below, and Bathurst 1000 Supercars race events.

"We expect the event to be up and running in December 2020 and we're excited about the prospect of seeing new cars and drivers lining up to tackle the challenging circuit," said Bathurst mayor Bobby Bourke.

"Council undertook a detailed tender process to select the successful bid and we're confident the fifth event will bring dedicated motorsport fans to the circuit in December each year as well as attract new fans to the sport." 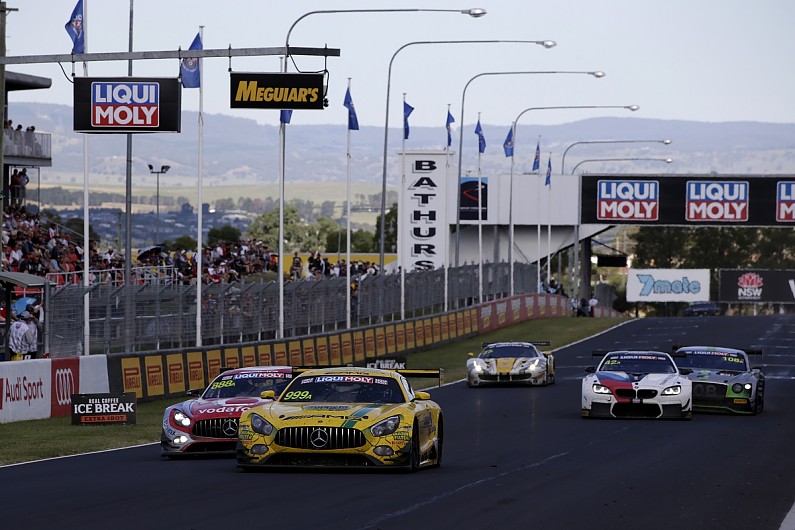 "Mount Panorama is an iconic racing circuit that is revered in Australia and throughout the rest of the world.

"We look forward to bringing a significant international focus to Bathurst with competitors coming from all over the world to race in the S5000, TCR, Touring Car Masters, LMP3 and TA2 [muscle car racing] categories in what will be the grand finale of the global motorsport calendar each year."

The ARG/BRC deal will run for the next five years.