The ban on the Stadium Super Trucks competing at high-profile Australian events has been lifted by the Confederation of Australian Motor Sport.

The American series, created by former IndyCar and NASCAR racer Robby Gordon, had previously raced at Australian events since 2015.

But the series was banned in 2018 after a wheel from one of the trucks hit a pedestrian bridge in Perth last year, sparking a dispute that ended up in court and Gordon filing an injunction against the ban that ultimately failed.

The only appearance Super Trucks has made in Australia since the ban was at a non-CAMS sanctioned event in Sydney.

But recent speculation had suggested it could appear at next year's Adelaide 500 after talk of a peace deal between Gordon and CAMS.

A deal between Super Trucks and CAMS has now been brokered and a modified version of the series could return "as early as October 2019" as part of a three-year commercial rights deal.

"The leadership at CAMS has always wanted to see the Stadium Super Trucks in Australia and we are pleased to say that all of our safety concerns and related issues have been fully addressed and resolved," CAMS CEO Eugene Arocca said.

"There's never been any doubt about the trucks' popularity here in Australia and after months of discussions we are pleased to say SST racing is able to resume under CAMS."

The category's Australian boss Nathan Cayzer added: "It is super exciting to be able to have SST return to racing in Australia under the CAMS banner. 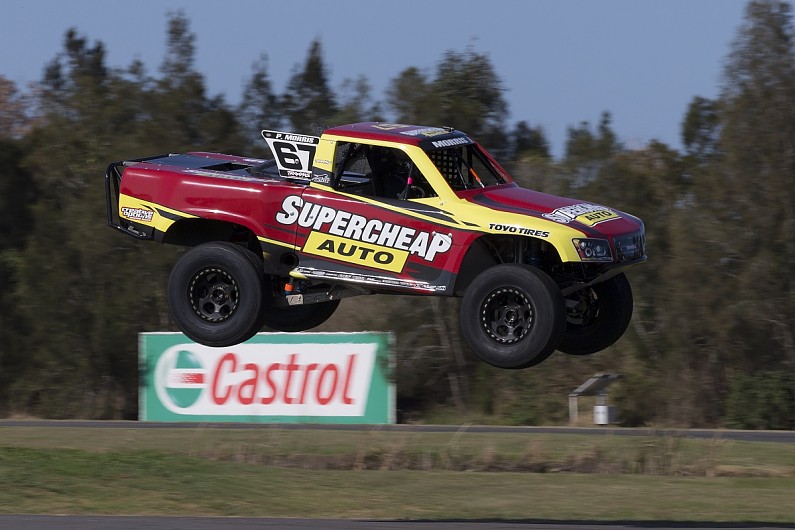 "An enormous amount of work has gone on behind the scenes for both parties to get to this point.

"With this positive result, it is an overall win for all the supporters and motorsport fans of Australia."

The Super Trucks could make a return at this year's Gold Coast 600, as it is understood to be in the frame as a replacement for the struggling Australian GT series.

There will also be a fresh focus on driving standards, with a more traditional judicial process in place for in-race contact.