The timing of Scott McLaughlin's move from Supercars to NASCAR will ultimately depend on a suitable replacement for him in the Australian series, according to legendary team owner Roger Penske.

The reigning Supercars champion is expected to eventually make a move to the US, having underlined NASCAR as his "obvious goal".

Making the move Stateside was brought one step closer by McLaughlin securing a maiden Supercars title last year, something Penske says has "opened the door" for a NASCAR switch.

McLaughlin's next target is a Bathurst 1000 crown but even victory may not automatically trigger a move to the US.

According to Penske, the final hurdle will be ensuring a suitable replacement that means DJR Team Penske does not suffer in a post-McLaughlin era.

"We need to build and support, I'd say, a stronger base in Australia," said Penske.

"When I say that, we need to have good drivers. If you take a guy like him out, and we go from the front of the grid to the middle of the grid... we've got to be sure [performance remains high] if he's going to come out of there.

"We know what we're doing down there [in Australia], we know where we are. But there's still a lot of work to do.

"In my mind, he's a real opportunity to be a great NASCAR racer at some point. When that could happen, I don't know." 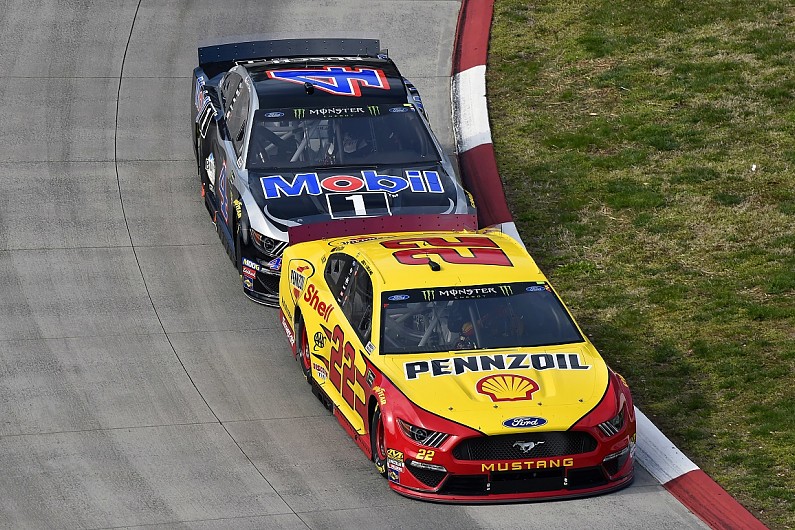 Penske president Tim Cindric added that McLaughlin is realistic about what he needs to achieve in Supercars and how is path to NASCAR will look if and when it happens.

"My conversations with him are that he's not focussed on NASCAR," said Cindric.

"But he said 'I do realise that the NASCAR path is a lot different to the path of sportscars and IndyCars for me'.

"So he said we have got to understand what that would all mean, whenever that time comes.

"But he understands that we're [in Supercars] to win a championship, we did that, and we still need to win Bathurst.

"He needs to help us to get where we've got a solid ground with and without him, so he can look at what his next ventures are. He's patient."

Tickford's Chaz Mostert has been heavily linked to a DJR Team Penske deal for 2020. Mostert and current Penske driver Fabian Coulthard are out of contract at the end of this season.

Jamie Whincup and Shane van Gisbergen have both extended their deals with Triple Eight, effectively ruling out a move to the factory Holden squad for Mostert.

David Reynolds is another high-profile driver coming to the end of his contract this year, although he is expected to continue with Erebus.