Plans to bring a Holden Camaro into Supercars have been postponed because of the reception the "ugly" new Ford Mustang has received, as the championship considers chassis changes for 2021.

The current chassis, introduced as part of the Car of the Future regulations in 2013, was designed specifically for four-door cars - as this was all that was eligible in Supercars at the time.

The recent introduction of the Ford Mustang - the first two-door model to make use of the Gen2 rules - has highlighted issues with running a coupe over the current chassis, thanks to the height of the rollhoop.

Although the Mustang won both races in Adelaide on its series debut last weekend, its looks have been heavily criticised.

Walkinshaw Andretti United has been investigating bringing the Camaro into Supercars, but Ryan Walkinshaw said the Mustang's reception had put the project on hold.

"I'm sure [designer] Ludo [Lacroix] and Penske have made sure that that thing is as fast as it is ugly," said Walkinshaw.

"For us it's very simple. Walkinshaw Group actually sells the Camaro here in Australia with General Motors Holden, and we're not going to bring a car onto the racetrack that hasn't got the integrity of the original product in its design."

Supercars CEO Sean Seamer said work had begun on how to tackle the bodyshape problem in the next regulations.

"The process that we are going through right now is trying to make sure we have enduring market relevance in what we are racing out there and we have the most opportunity for a different number of marques," said Seamer.

"We have got about 20 different CAD files that the technical department are working through and dropping those files on the chassis and seeing what changes would need to be made to accommodate the maximum number of vehicles. 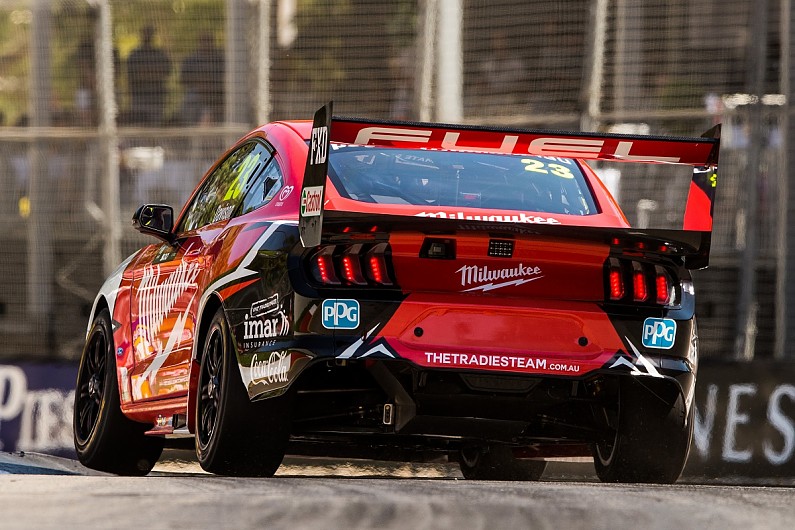 "We are just doing a bit of grunt work right now to understand what the opportunities might be.

"Race cars look good low fat and wide, of course. Let's get through the work and see what we come up with."

Walkinshaw said his team would "definitely look" at the Camaro again if the rules made it more viable, saying a change would mean "we wouldn't be stuck in this niche category of four-door sedans, or highly bastardised two-doors to try and make them fit a chassis that doesn't need to be how it is."

Tickford and DJR Team Penske, the teams that combined with Ford Performance to build the Mustang, both offered support to the idea of a more two-door-friendly platform.

"It is something that all of the teams support and we have spoken about at length on many levels, and [we] support the direction the series is going," said DJR Penske boss Ryan Story.

Tickford CEO Tim Edwards added: "If you roll the clock to when we introduced Car of the Future, that really started in 2010 and 2011, so it is a very long process.

"We are all open-minded about it as we were almost 10 years ago with the introduction of Car of the Future."

There is less urgency on the factory Holden side of the fence, with the four-door ZB Commodore perfectly suited to the current chassis.