One hundred and 30 degrees. Four hours, 23 minutes and 22 seconds. That's the cockpit temperature a NASCAR Cup car reaches during a race, and the time taken to complete last year's Coca-Cola 600 at Charlotte. It's one of the longest single-driver motor racing events in the world, with competitors strapped into the confines of a stripped-out stock car for the duration.

Like the engineering and aerodynamic advances made in motorsport over recent decades, improvements in driver performance have come under the spotlight. There's no need to venture down the well-trodden path of fitness and diet here - the vast majority of NASCAR drivers have fallen in line with the rest of motorsport in terms of physical preparation, for all the infamous jibes that NFL player Donovan McNabb directed at Jimmie Johnson in 2013 suggested to the contrary.

After all, spending more than four hours in temperatures north of 130C can have a massive impact on a driver's cognitive functions. Johnson, one of the fittest drivers on the NASCAR circuit, had to be given IV fluids in the infield care centre to counteract dehydration after winning at Texas Motor Speedway in 2017. 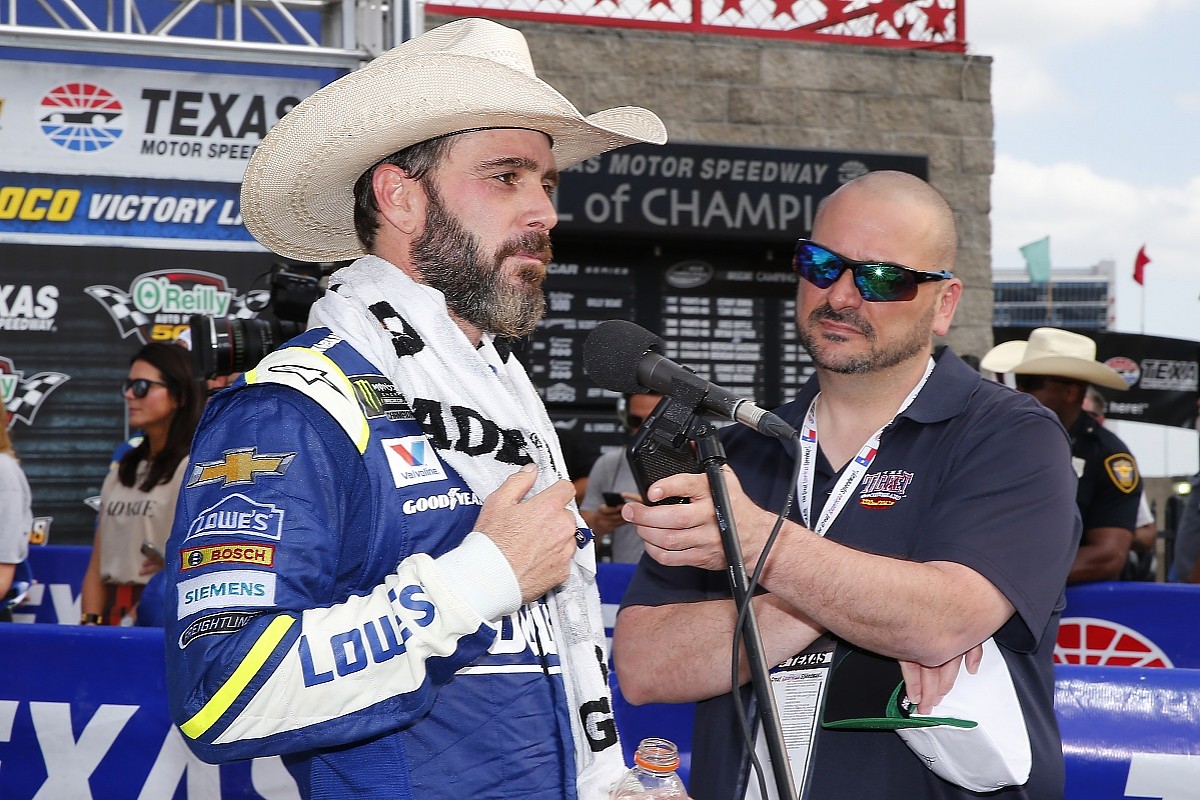 That's why teams are taking the issue very seriously, with Team Penske at the forefront of helmet development alongside market-leading manufacturer Bell Racing Helmets.

Penske has a close relationship with Bell across all three NASCAR divisions, and reigning NASCAR Cup champion Joey Logano and team-mates Brad Keselowski and Ryan Blaney all wear the RS7C LTWT helmet.

"If you have a helmet where you have a pressure zone or your ear is bent the wrong way, after four hours it's a real pain" Joey Logano

"The helmet, for a driver, has evolved a lot in the last few years in terms of what Bell has been able to do," says Logano.

"It serves multiple purposes. First and foremost, it's a safety piece. As a driver you don't want to be worrying - it gives you the confidence to make the big moves on the racetrack. That's a big thing.

"You strap yourself into your car with a helmet on and sit there for four hours and you'll find things that aren't comfortable pretty quick. You'll want those right.

"We've really improved that stuff with Bell over the last few years to be comfortable to the point where you want to put that helmet on. It puts you in that zone, in a comfort area that you aren't worrying about it. If you have a helmet where you have a pressure zone or your ear is bent the wrong way, after four hours it's a real pain."

Even in NASCAR's 'shorter' races, the heat can be unbearable. Logano, 28, faced a must-win scenario at Homestead-Miami last year in NASCAR's four-way title decider, with the entire 36-race season hinging on one three-hour showdown.

One of the key areas of consideration for a helmet manufacturer is ventilation. But it's not as simple as blowing the equivalent of a desk fan in a driver's face for extended periods. 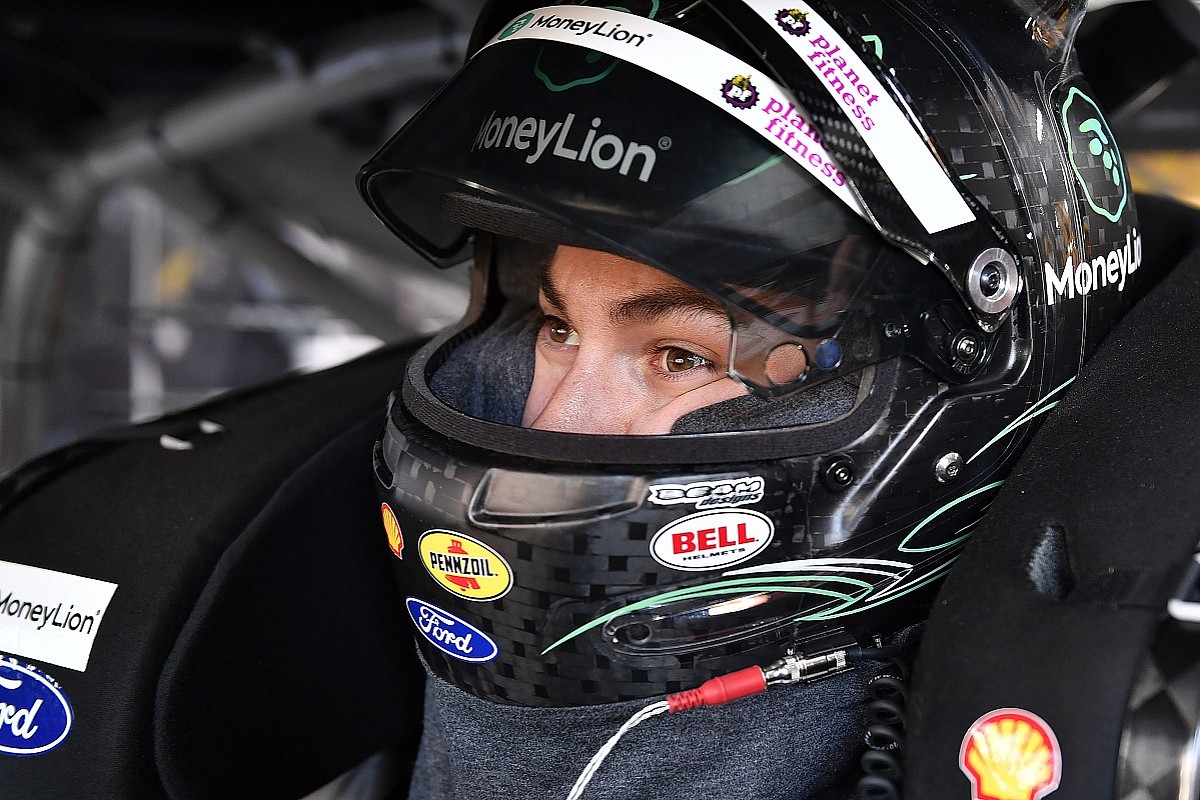 "You don't want those distractions," says Logano. "For the air ventilation system, we've worked with Bell a lot to cool the best way possible without air blowing in your eyes and drying them out, or too much in one area giving you a headache.

"They've worked with us to develop a really good overall package. It has the creature comforts you need when you're strapped in a race car for four hours."

As well as ventilation and fit, weight has been an important focus. Bell has been working with Penske since linking up with Keselowski during his Cup-winning campaign in 2012; four years later, Dave Kenny, who works in R&D, fabrication and weight saving at Penske, helped to start a project that took development to another level.

"Team Penske is very proactive in new technology and is always looking to improve on all the parts and pieces that go into our cars, be it from a safety or competition standpoint," explains Kenny, who has been with the squad since 1991.

"In 2016, we started the first improvements to the drivers' helmets. [Three-dimensional] blue-light scans were done in order to improve the fit of our helmets and improve their comfort level.

"With carbonfibre materials improving in strength and getting lighter, we looked at starting a weight-saving project with Bell to eventually produce a better-fitting, lighter and safer helmet. 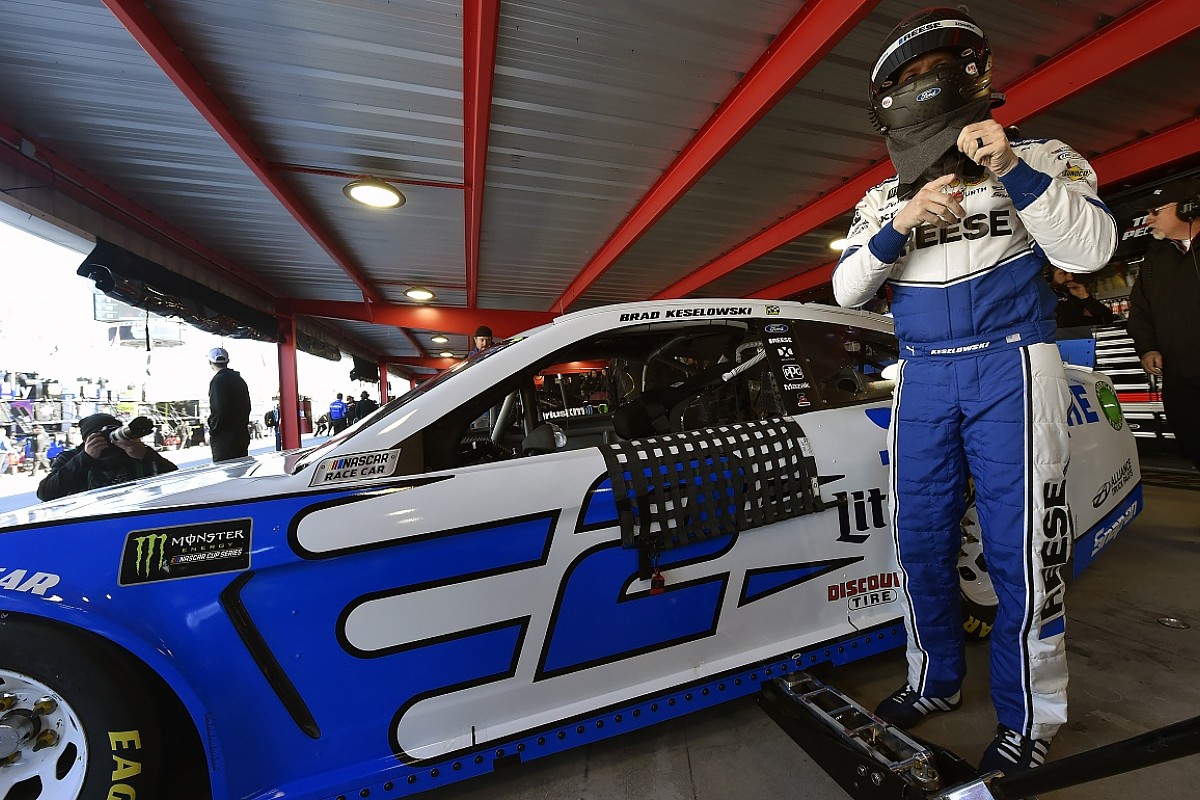 "We've seen a 34% reduction in weight since 2012. In the end, through our collaboration with Bell, we produced a list of 25 items to work on."

Penske's work with Bell has not been in isolation. Other areas of motorsport are also working on lightening and strengthening helmets, and there are many similarities between Bell's RS7C LTWT and its Formula 1 helmet worn by drivers including Lewis Hamilton, Kimi Raikkonen and Robert Kubica in terms of the materials used.

"We've really seen the improvement in two phases, beginning with a lot of emphasis on weight reduction through 2016 in working with Brad," Kenny continues.

"Since then, we've moved into phase two of our programme, which has increased emphasis on weight, airflow and comfort. This led to the development of the RS7C LTWT, a NASCAR-specific helmet with custom interiors that was worn by Brad, Joey Logano and Ryan Blaney in 2018.

"The entire project has been a joint effort between Bell and Team Penske with each group working on various items on the list that we collectively came up with. The commitment for improvement from both groups continues today and hopefully for years to come."

Penske's enthusiasm has been matched by that of Bell, which attacked the challenges set by Kenny in 2016 head on. 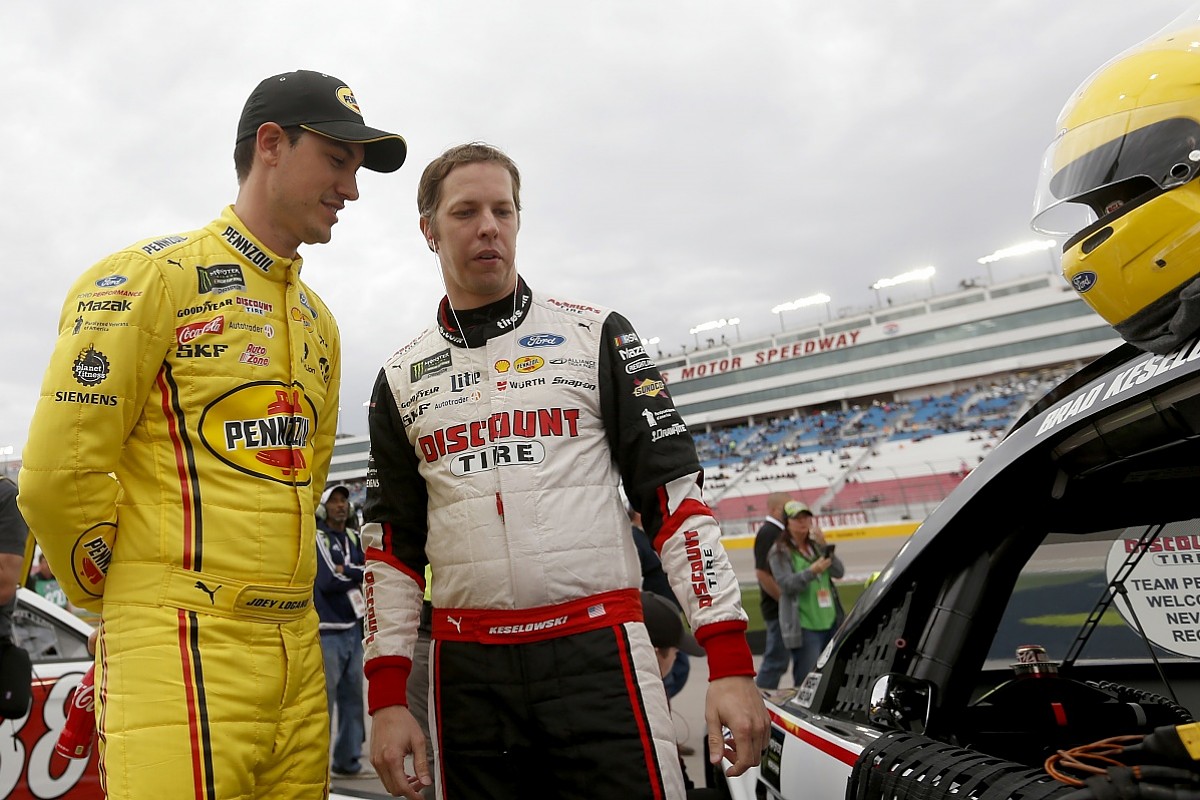 "It has been a project that evolved in phases," says Kyle Kietzmann, president and COO of Bell Racing USA.

"We started in 2016 to make improvements to the RS7 Carbon helmet, which involved looking for areas with the design that would help us reduce weight, while improving fit and ventilation.

"At that time, the reduction of weight especially above the centre of gravity in NASCAR became a key objective for teams. While we made improvements, we realised that to meet the design and performance objectives including reduced weight and enhanced ventilation, we had to build a new design.

"Starting in 2017, we began working on a new helmet with a completely different lay-up and liner configuration. Once homologated, we introduced this model at the end of 2017. Once the RS7C LTWT concept was proven and tested, we did custom head scans for all Team Penske NASCAR drivers, worked with Penske to develop a custom air piece and delivered finished helmets in time for the start of 2018."

Not only have the improvements in weight, fit and ventilation benefited the Penske drivers, but Kietzmann adds: "Every new design or project contributes to our knowledge as a helmet manufacturer and the technology developed is applied to other helmets in our product line.

"This improvement in helmet features, function and performance ultimately benefits amateur racers by allowing us to build better products."

The vision and commitment of Roger Penske's team to develop a product many would not perceive as a performance piece - and which has historically been a convenient weapon to be thrown at other drivers following on-track clashes - should hardly come as a surprise. 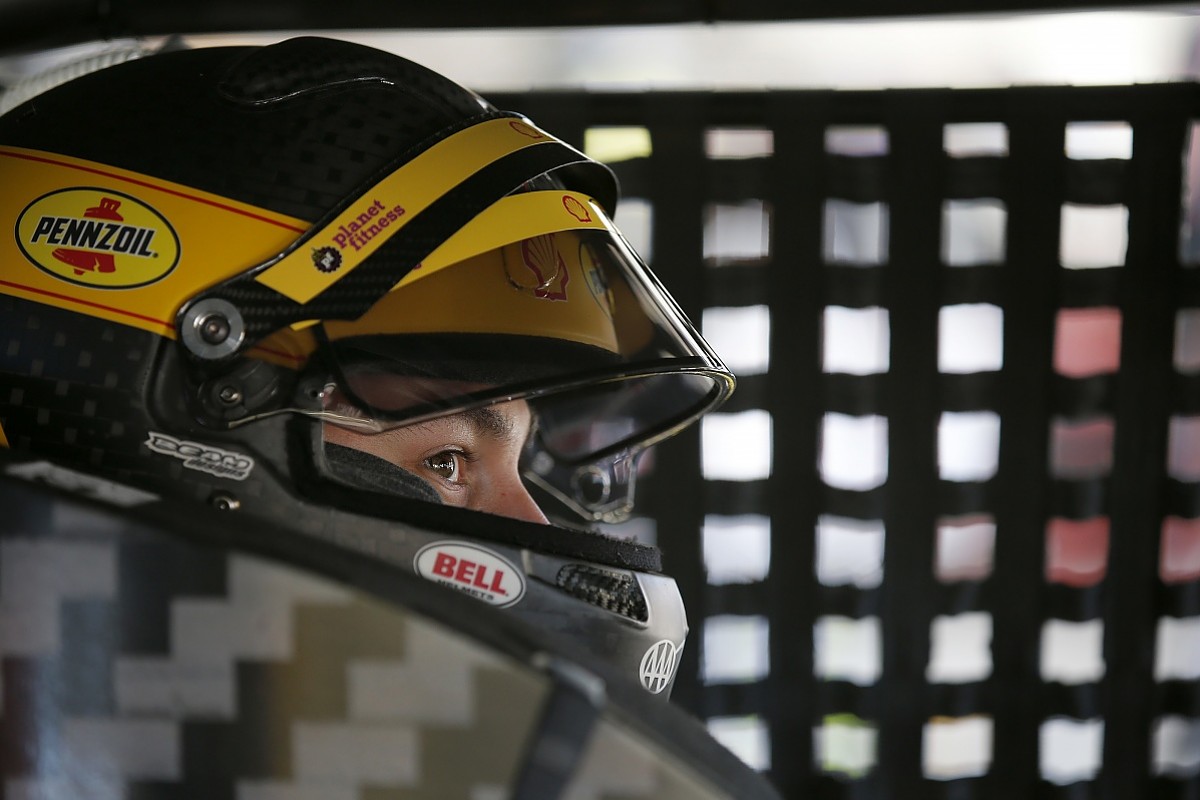 It's emblematic of an organisation that is hitting its marks not only in NASCAR, but has also chalked up its 17th Indianapolis 500 victory with Will Power last year and a first Australian Supercars title with Scott McLaughlin.

"Team Penske is performance-oriented and very precise in its approach to all aspects of the racing business including enhancing driver safety and performance," says Kietzmann.

"Penske took a partnership approach to this project, providing us with full access to race personnel and the drivers. We worked primarily with Brad Keselowski on the initial product improvement efforts and his feedback was instrumental in helping us advance the project to the next phase."

This environment has helped Logano to thrive since his arrival from Joe Gibbs Racing in 2013 - he's scored 20 of his 22 wins at Cup level for 'the Captain' after four full seasons at NASCAR's top level. Throughout that time, Bell has been a constant source of support.

"Bell have been very in tune with us," adds Logano. "They come to the racetrack and make sure everything is OK. In the off-season if a new helmet comes out, they're always the first ones in the shop to make sure it's set up the way we need it.

With the Penske duo of Keselowski and Logano both starting 2019 on a winning footing and Blaney also inside the top 10 in the standings, you could be forgiven for thinking that the partnership between Bell and Penske is 'mission accomplished'. Far from it, in fact. 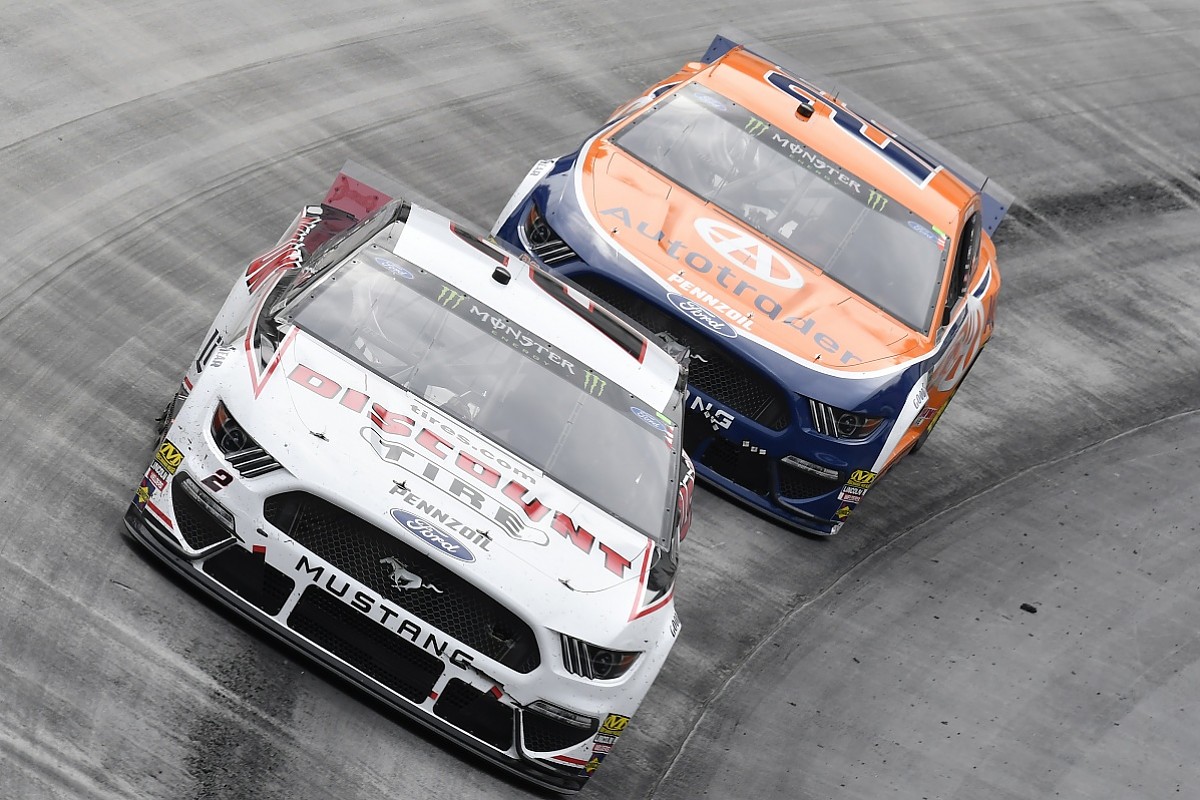 "Being employed at Team Penske - and just being a racer at heart - we are committed to improve constantly," says Kenny.

"We've made a lot of improvements in safety, weight and driver fitting of the Bell helmet, but our work is far from over and that's how we should always look at it. We want to always be improving, even when we've checked something off the list. We've drawn a bullseye on a few items and hope to have them in place for the Playoffs.

"To become complacent on this project is not an option. We have produced a product that has drawn interest from other teams and drivers, and we take pride in that. All of our NASCAR Team Penske drivers now use the Bell RS7C LTWT."

Logano is also hopeful that he can be made even more comfortable - and safer - inside his #22 Mustang.

"Helmets have changed a lot over the past few years," he adds. "That's great. Safety has got to be the utmost priority - we want helmet companies to have a little competition with each other and challenge each other with new technology.

"Whether it's new layouts or making helmets lighter - they are a lot lighter than they were 10 or 15 years ago - or stronger, there's been plenty of changes. It's a pretty big difference. And I expect them to be different in another 15 years' time. Or they better be!"

The champ has spoken - there's still plenty of work to be done. Already, Penske and Bell are ahead of the pack in developing the new lid, and the team's results in NASCAR speak for themselves. 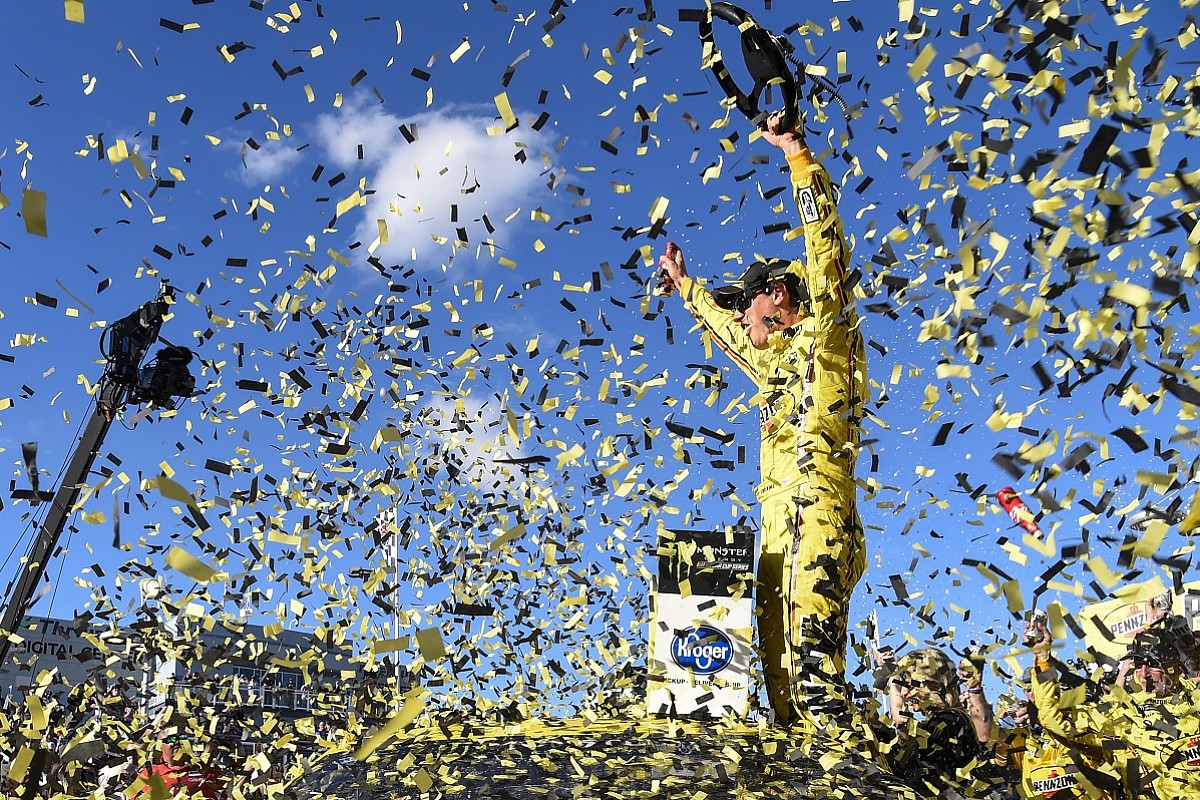