The team worked with Charouz Racing System to operate its junior team through 2019, but with their partnership concluding at the end of last season, Sauber has now announced the launch of its own academy.

The Sauber Academy will be overseen by Alfa Romeo Racing team principal Frederic Vasseur and sporting director Beat Zehnder, and will "provide inductees with the training necessary to progress on their way to their ultimate target, Formula 1."

"Our Academy is just the latest project aimed at unearthing stars of the future and guiding them through their career, giving them the tools, the education and the resources needed to succeed in the world of motorsport."

Four inductees have been announced on the launch of the academy, including 2019 ADAC F4 champion Pourchaire, 16, who will race in FIA F3 this year with ART Grand Prix.

"I am really happy to become part of and be supported by the Sauber Academy. It is a truly super chance to learn from one of the sport's most historical teams," said Pourchaire. 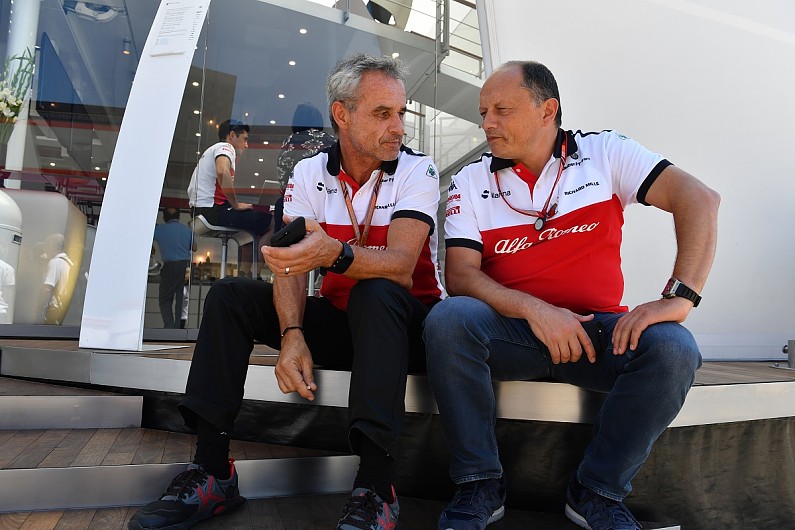 "I will be the youngest on the grid in FIA F3, where I will be driving with ART Grand Prix, and the support I'll receive will be crucial to fulfil my goal, which is to win."

Pourchaire is joined in the academy by 13-year-old Fittipaldi Jr., the son of two-time world champion Emerson Fittipaldi. He will race in the OK-J karting championship with the Sauber Karting Team this year.

"I am very proud to be selected by the Sauber Academy along with these three very talented drivers," said Fittipaldi Jr.

"The experience and expertise in motorsport from the Sauber team will help me learn much faster."

Fittipaldi Sr. added: "When I heard Emmo Jr. had been selected by Sauber Academy, I was extremely happy for him. Emmo Jr. is building a strong foundation to help him achieve his dream of becoming an F1 driver.

"I have known Frederic Vasseur and Beat Zehnder for many years.

"With their expertise and reputation, I feel very confident that they will provide Emmo Jr. with the proper guidance to be successful on and off the track."

Scotland's Dexter Patterson also joins the academy ahead of his single-seater debut in Italian F34 this year, while Formula Renault Eurocup racer Petr Ptacek completes the intake ahead of the 2020 season.