Ex-Formula 2 racer Nirei Fukuzumi was fastest on the second and final day of Super Formula pre-season testing at Fuji Speedway, topping both sessions.

The Dandelion Racing driver set his quickest time of the day in the dying stages of the morning session, his best time of 1m20.785s putting him 0.157 seconds clear of fellow Honda runner Tomoki Nojiri (Mugen).

However, Fukuzumi's time was slower than the effort that had put him second behind Impul Toyota driver Ryo Hirakawa on the first day of running.

Hirakawa himself was third-fastest on Wednesday, 0.418s adrift of Fukuzumi but best of the Toyota drivers, ahead of Honda youngster Toshiki Oyu for Nakajima Racing. 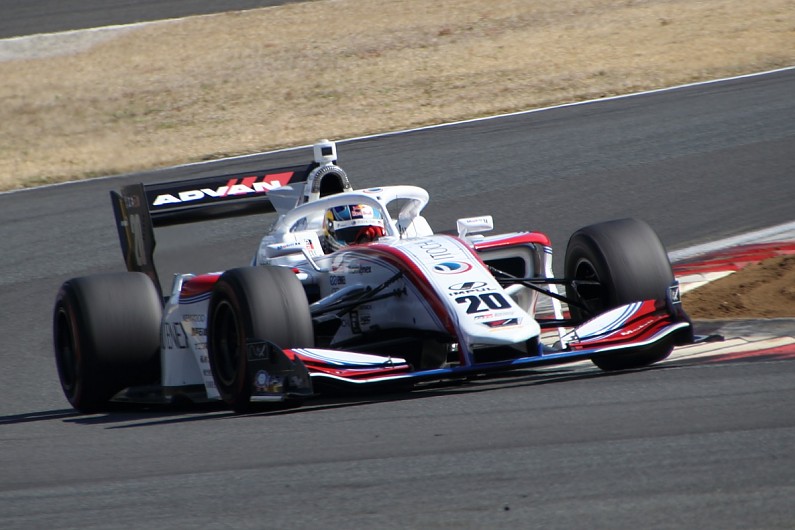 Red Bull junior Juri Vips completed the top five in the second Mugen car, three thousandths of a second up on reigning champion Nick Cassidy (TOM'S) - the New Zealander being one of only four drivers who bettered their times from Tuesday.

Fukuzumi likewise topped the afternoon session with a 1m21.207s, 0.241s up on nearest challenger Hirakawa.

Third-fastest was Sacha Fenestraz (Kondo Racing), but his time was only good enough for seventh overall on the day ahead of two other afternoon improvers - Naoki Yamamoto (Dandelion) and Yuhi Sekiguchi (Impul).

TOM'S driver Kazuki Nakajima completed the top 10, having triggered the first of three red flags in the afternoon session with an early off at Turn 4.

KCMG pair Kamui Kobayashi and Yuji Kunimoto were responsible for the other interruptions, both suffering left-rear punctures.

Kobayashi ended up 15th-fastest, one place behind Tadasuke Makino (Nakajima Racing), whose car ground to a halt due to an electrical fault in the morning, causing another red flag.

Subscribe to Motorsport.tv for just £3.99 a month to watch Super Formula highlights, as well as a plethora of other motorsport videos.