Despite having postponed its opening two rounds of the season at Suzuka and Fuji due to the coronavirus pandemic, Super Formula decided to press ahead with its first test with no public access to the paddock and other measures to mitigate any health risks.

The day was split into two sessions lasting two hours each, the first of which was topped by Hirakawa - who has recovered from fracturing his collarbone while training in Guam over the winter and reported no discomfort during the recent Okayama SUPER GT test.

Hirakawa edged out Formula 2 race winner Tadasuke Makino (Nakajima Racing) by 0.054s in the morning session, while 2018 champion Naoki Yamamoto (Dandelion Racing) was third-fastest, only 0.138s off the pace.

Every driver except for Kondo Racing's Kenta Yamashita improved in the warmer afternoon session, in which the bulk of the field opted for late runs on new tyres.

Once again, it was Hirakawa who came out on top in the shootout, beating the second Dandelion car of ex-GP3 and F2 racer Fukuzumi by 0.017s. 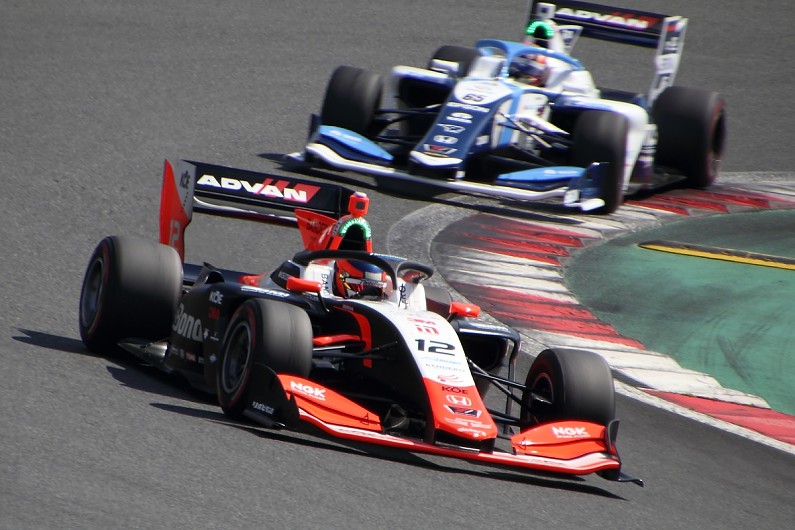 All-Japan Formula 3 graduate Toshiki Oyu was third-fastest in the second Nakajima car, just 0.036s off the pace, while Yamamoto was fourth, also within half a tenth of Hirakawa.

The Estonian driver was only 17th fastest in the morning but was less than two tenths slower than Nojiri in the afternoon.

Kamui Kobayashi's day got off to a bad start when he crashed at Turn 2 early in the morning session, bringing out the red flags and leaving him out of action until the afternoon - when he set the 13th-fastest time of the day for KCMG.

Reigning champion Nick Cassidy (TOM'S) was among those not to go out on fresh tyres at the end of the afternoon session, ending up 17th and 1.5s off the pace.

Rounding out the order were last-minute Motopark signing Sergio Sette Camara, who was confined to the garage for the first hour of the afternoon session, and Drago Corse driver Tatiana Calderon, who spun on her out lap in the morning with a suspected throttle issue.