Premat (above right) is set to race one of the V8-powered single-seaters run by Garry Rogers Motorsport, the same squad that he drove for as a Supercars full-timer in 2012 and 2013.

The Albert Park outing will be Premat's first at the Melbourne circuit since the 2013 Supercars season, as well as his first competitive race in an open-wheel car since finishing third in the 2006 GP2 season with ART Grand Prix.

He's currently in Melbourne to do a seat fitting in the car, and will conduct a test day at Winton prior to Australian Grand Prix weekend.

"I think it is going to be pretty cool and pretty fun.

"It has been a long time since I have driven a single-seater.

"The last time was back in 2006 when I drove at ART Grand Prix with Lewis Hamilton (below). 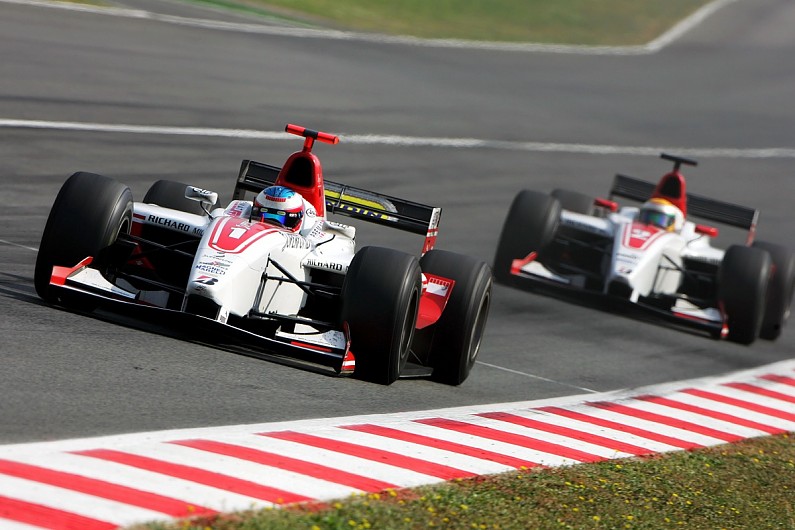 "That was actually my last win in an open-wheeler at Barcelona, so I'm really looking forward to being back in one of these cars.

"And I'm especially excited to be racing at the Melbourne Formula 1 event.

"I did two years in the Supercars, and it was pretty good. It's a great event with a great atmosphere.

"Also, to be back with Garry [Rogers], Barry [Rogers] and the GRM team is awesome. I need to learn the car, the big engine, big downforce, but it will be a good challenge.

"In one event, it is hard to know what the target is going to be, but for sure, we've seen in the other races that the team wants to win and we'll try and do the best job possible."

Premat is the second high-profile signing for the Albert Park round, following news that Barrichello will return down under for a second S5000 appearance.

The former Ferrari Formula 1 ace provided the headline act for the inaugural round of the series at Sandown last September, finishing second in a crash-shortened feature race. 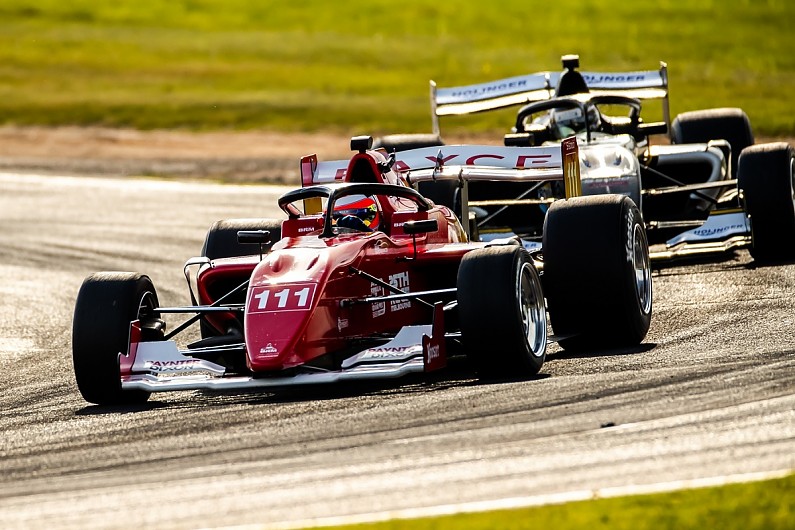 He's now locked in a return to Team BRM for the two high-profile events that book-end the 2020 schedule.

Barrichello's extended cameo will start with the support races at the Australian Grand Prix next month, where he'll look to add more Albert Park podium finishes to the five he took as a Formula 1 driver.

The 47-year-old will then head back down under in November for the inaugural Bathurst International, where he'll sample the Mount Panorama circuit for the first time.

"I am thrilled to be coming back to Australia, not once but twice in 2020, to continue my open-wheel career in S5000 at the two biggest and most iconic race tracks in the country - Albert Park and Bathurst," said Barrichello.

"Sandown provided a tremendous insight into Australia's new high-profile motorsport category for me, and I'm sure that the events at the Australian Grand Prix and then Bathurst in November, will well and truly put S5000 on the international map.

"The Grand Prix event will allow many, many international drivers to see - and hear - S5000, and they will then understand the attraction.

"Bathurst, after most international series have concluded, will bring the opportunity to drive a special car around a circuit all Australians love, which I would expect to attract drivers from all over the world.

"It will be an exciting end to the year for sure."

Barrichello will continue to race full-time in the Brazilian Stock Car Championship in between the two S5000 appearances.