The 25-year-old Brit graduated to Europe's premier GT championship after winning last year's Ferrari Challenge title and finishing second in the inaugural GT Nations Cup, which is set to form a part of the mooted Olympics-style FIA Games.

Running under the Tempesta banner, Froggatt's Sky-sponsored AF Corse Ferrari 488 GT3 made an immediate impression by winning the Pro-Am class on his Blancpain series debut at Monza, appropriately on Ferrari's home turf.

An unfortunate problem with his seat insert at Silverstone meant Froggatt had to drive conservatively to the finish and before an accident for one of his team-mates at the Paul Ricard 1000km - Froggatt's first proper experience of night racing - resulted in a delay, but he is still within six points of the championship lead in a class featuring stout opposition including multiple FIA GT champion Andrea Bertolini, Porsche Carrera Cup GB champion Charlie Eastwood and British Touring Car Championship race-winner Tom Onslow-Cole. The season highlight, the Spa 24 Hours, is next on his racing calendar.

"It's a really high level of competition so I'm really excited to be part of it," says Froggatt, who will be making his 24-hour race debut at the Belgian track.

"The championship is very much alive and Spa will be a super-important race for it with points awarded at six, 12 and 24 hours. We can't afford any mistakes and we'll have to be at the top of our game." 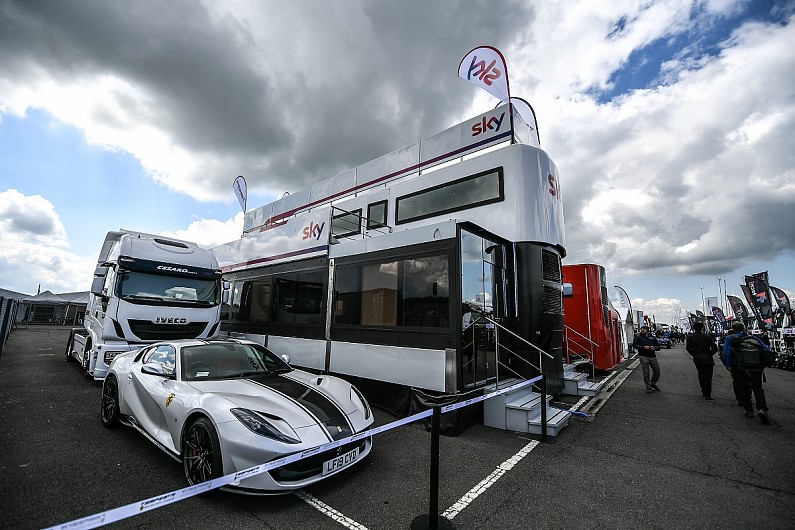 But before the Belgian endurance classic, Froggatt will be demonstrating his Sky-livered machine next week on the world famous Goodwood Hillclimb. When it's not on the famous Hillclimb, get up close to the Ferrari cars on the Sky Sports F1 stand in the F1 Paddock.

Having driven the limited edition LaFerrari up the hill last year, Froggatt is looking forward to returning in his race-prepared 488 GT3 and sharing his passion for motorsport with the thousands of like-minded people expected to attend the event, which began in 1993.

"It's a great event to be a part of and to see so many people that are so fond of cars and motorsport," he says. "I'm very excited to be going up the hill in the Sky car, it's going to be brilliant to be directly in the middle of it."

For your chance to win, answer the following question.

In what position did Chris Froggatt finish in the 2018 Ferrari Challenge?
a) First
b) Second
c) Third