The first round of the inaugural Australian S5000 Championship season has been delayed until September 2019 due to supply issues with materials from the United States.

The brand new open-wheeler championship - which aims to be "Australia's IndyCar" - was set to kick off in May at the opening Shannons Nationals round at Sydney Motorsport Park in the first of six rounds.

But supply issues from Onroak-Ligier, which builds the control chassis in the US, have caused a delay as technical partner Garry Rogers Motorsport is unable to complete the build of the cars in time.

As a result, the series is now set to kick off at the Sandown Shannons rounds, which would have originally been the penultimate event without the delay.

The category is yet to confirm how it will compensate for the missing four rounds.

"Launching S5000 is just that more complex than most other categories because you can't just go out and buy the cars," said category manager Chris Lambden.

"In our case, they're being manufactured here, which comes with its own unique set of additional challenges.

"I agree entirely with our decision to hold back until we're 100% sure we will deliver. There's no point in going off half-cocked.

"With the first mini-batch of four cars undergoing assembly at GRM, there's absolutely no doubt S5000 is underway and, having been in at GRM this week, it's exciting to see the 'production line' in place and happening - they're doing a great job.

"The remaining nine chassis will be on their way soon, which will complete the 14 cars for Sandown.

"Sandown was the scene of some of the most exciting moments when Australia last had a seriously crowd-pleasing single-seater category, the Formula 5000s of the 1970s, so in many ways, it's appropriate that S5000 kicks off there." 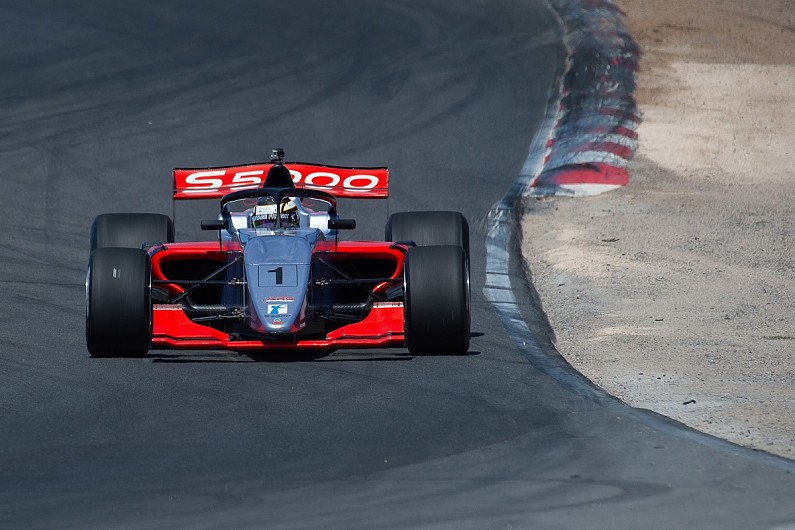 The S5000 car has already hit the track, as GRM completed a "seamless" handover test of the machine earlier this year, after taking over the project from the outgoing developer of the prototype car, Borland Racing Developments.

In recent months S5000 has been strengthened by the arrival of former Supercars CEO James Warburton at the Australian Racing Group, which is the promoter of the new S5000 and TCR Australia categories, as a non-executive director.